Barça's second shirt next season will be white

Barça wore a light gray shirt in the match in Munich, a shade very close to the controversial white that the Barça team will dare to wear next season. 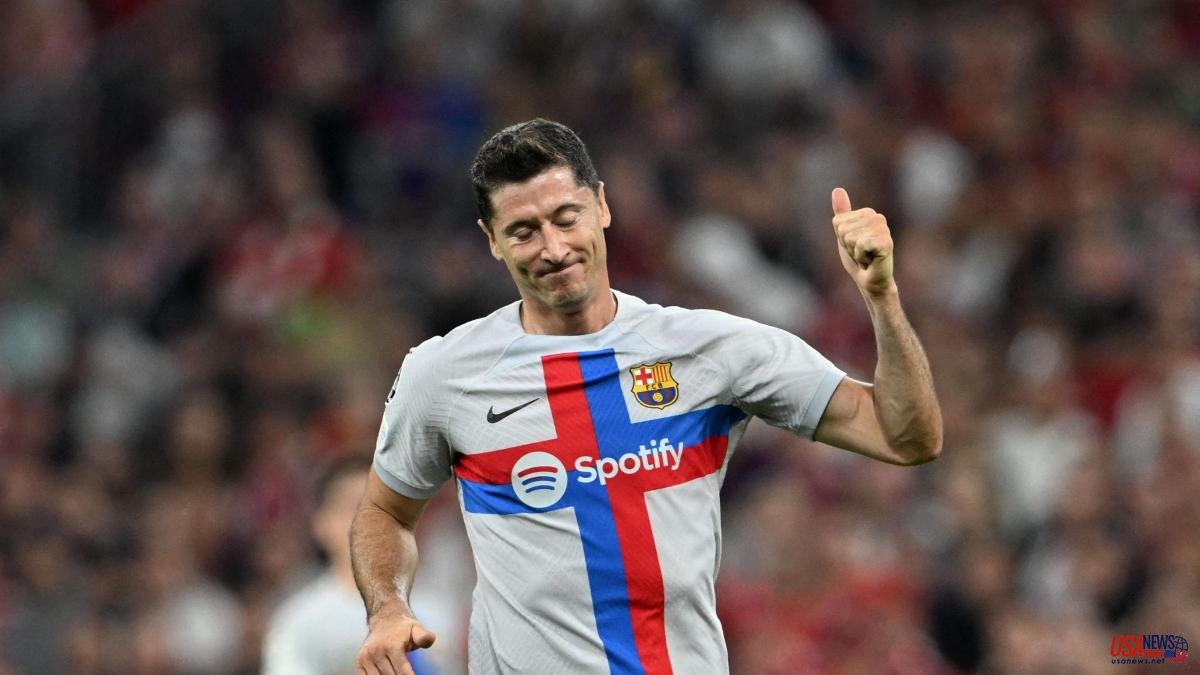 Barça wore a light gray shirt in the match in Munich, a shade very close to the controversial white that the Barça team will dare to wear next season. As Sport has advanced, the Catalan entity will recover a color that it has not used since the 1977-78 season and that identifies the eternal rival, Real Madrid.

In the absence of confirmation from the club, the second shirt for the 2023-24 season will be white, an image that is strange now but that was quite common before the seventies when the Barcelona players' kit was chromatically similar to the clothing of the rivals.

Mythical Barça footballers such as Johan Cruyff wore white and the team even played in this color the 1952 Latin Cup final against Nice in Paris, won with a single goal from César Rodríguez, the second top scorer in the club's history.

Continuing with the information from the sports newspaper, the approval of this shade caused an internal debate within the board, but it was finally ratified months ago. The Barça leaders are convinced that the controversy will be followed by success and the shirt will become one of the best-selling in history.

For the moment, the few copies of the garment that have arrived at the offices have caused a furor among the small group of employees who have had the privilege of seeing and touching it. Once the new design is confirmed, one thing is clear: the white color will not leave the Catalans indifferent, either for better or for worse.

Check all the results of Barça in the Santander League.