Barça's plans with the lead: From Lewandowski to Abde

Robert Lewandowski put an end to his vacation in Syracuse with his family yesterday. 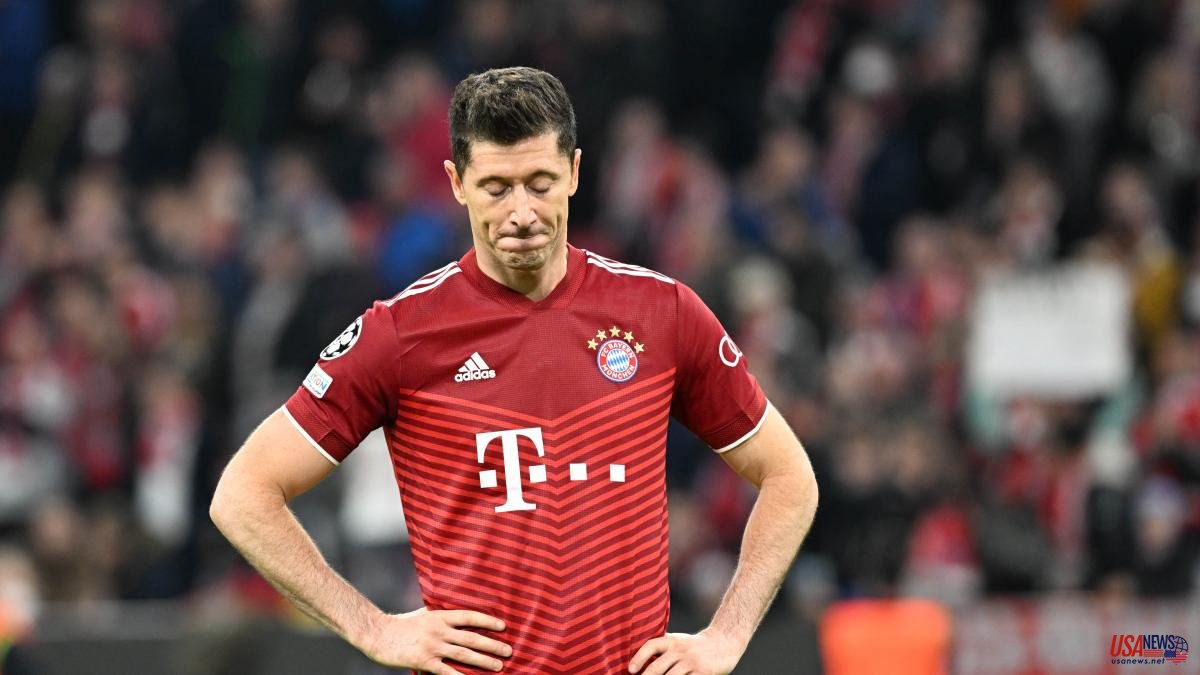 Robert Lewandowski put an end to his vacation in Syracuse with his family yesterday. He has not disconnected the Polish striker too much, who still does not know if on August 21, the date on which he will turn 34, he will continue to be linked to Bayern Munich. But in the short term, the striker has decided to join training after passing the medical check-up. On Saturday, July 16, the official presentation of the team is scheduled at the Allianz Arena, which will start at 3:00 p.m. Important scenario to see the reaction of the fans receiving him after a summer where Lewandowski has made it clear that his priority was to join FC Barcelona. “I just want to leave Bayern. Something has died in me, I need new emotions, ”he said from the concentration of the Polish team.

Barça is still working to be able to sign him. “We appreciate your gestures to come. We have made an offer to Bayern, we are waiting," said president Joan Laporta at the presentation of Andreas Christensen. The latest Barça proposal reaches 40 million euros. It is the second offer made to the German club after the sports area, led by the director of football Mateu Alemany, presented a first offensive of 32 million at the end of May.

Bayern rejected that proposal and has done the same with the second. Although it has been reinforced by signing Sadio Mané, the Bavarian team is not willing to let Lewandowski escape for less than 50 million.

But Barça rules out paying that amount. They consider in the Blaugrana offices that this figure is excessive for a footballer who is free in a year and they do not rule out closing his incorporation in January so that he arrives for free in June 2023. All parties are interested in reaching a friendly agreement as soon as possible But at the moment it seems very difficult for Lewandowski not to travel from July 18 to 24 to tour the United States to participate in the Audi Summer Tour 2022 with Bayern. “Obviously I would love to play with Lewandowski. We all know what a great player he is and how many goals he scores. Let's see if they reach an agreement with Bayern”, said Ferran Torres, who returned to training yesterday along with the rest of the internationals.

The Foios winger is motivated by having competition. And he will have it. Apart from recovering the best version of Ansu Fati, Barcelona's plans include renewing Ousmane Dembélé until 2024, who landed in Barcelona on Sunday night and is at the expense of the club and his agent closing an agreement . The technical area expects him to join the training sessions this week.

Even with Dembélé tied up, Laporta insists on signing Raphinha, a Leeds winger. The latest information coming from England indicates that the transfer could reach 75 million euros between fixed and variable.

Apart from Ferran Torres, Ansu Fati, Dembélé and most likely Raphinha, Barça also has a winger from the reserve team that Xavi likes. This is Abde Ezzalzouli. The Moroccan, who has a contract with Barça until 2024, is training with the first team and has aroused the interest of several La Liga clubs. Among them Girona, which has requested the transfer of him for the next season. The player is aware of the competition he has at Barça but wants to prove himself on the tour of the United States just like Martin Braithwaite, with a contract until 2024, and Memphis Depay, whose contract expires in June 2023. Both forwards rejoined the squad yesterday preseason with the rest of the internationals.

Braithwaite has known since June that Xavi doesn't have him. As for Memphis, the Blaugrana club already warned their lawyers two weeks ago that the option of an agreed exit was on the table and that offers were going to be studied. Xavi also does not have Francisco Trincão, who is already in Lisbon to sign with Sporting de Portugal. He leaves for a year on loan but with a mandatory purchase option of 20 million. Yes, he convinces Xavi Àlex Collado. The coach does not think of him as a winger, but rather as a right midfielder. Collado, whose contract ends next year, will seek to vindicate himself to get a new contract.