Barça regains greatness in the League

It was Xavi's fourth game on the Barça bench and Juanmi silenced the Camp Nou with the winning goal (0-1). 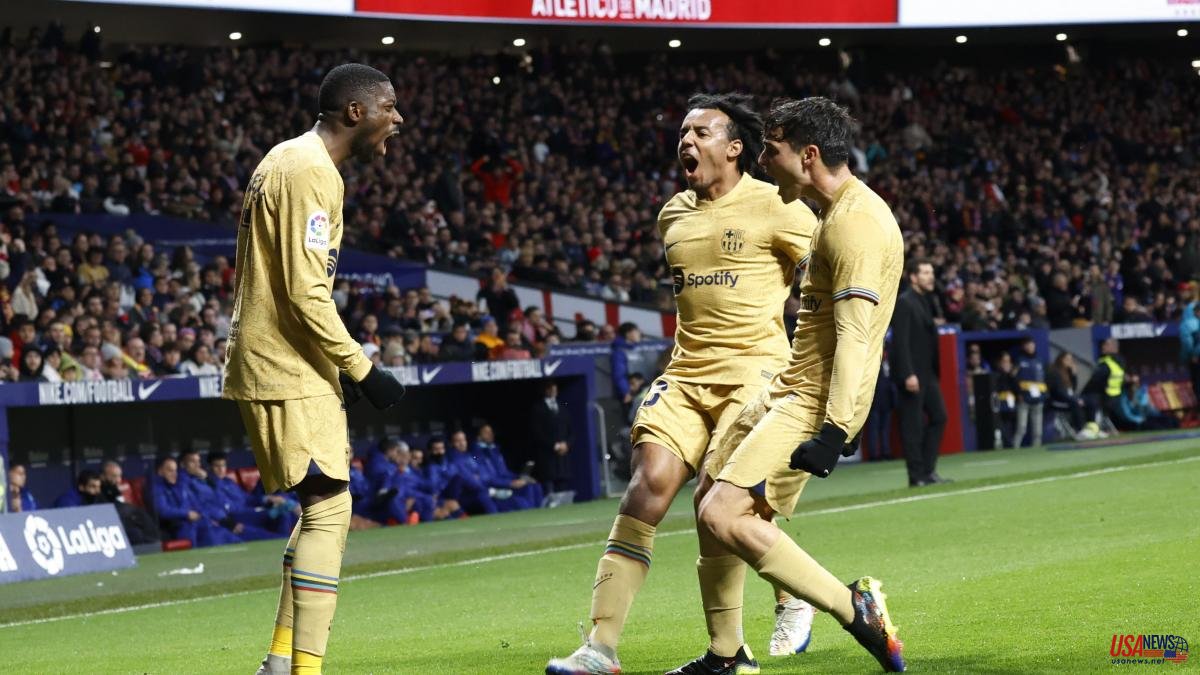 It was Xavi's fourth game on the Barça bench and Juanmi silenced the Camp Nou with the winning goal (0-1). Betis took three points that left the blaugrana in a discreet seventh position in the League, fifteen points behind the leader, Real Madrid. Half of the championship had not been completed and the Blaugrana team had practically no chance of singing the alirón, an inexcusable situation for an entity with such greatness and budget.

This season, after the matchday 16 dispute, the Terrassa coach's pupils are leaders of the competition with a three-point advantage over the whites thanks to the hard-fought away win against Atlético de Madrid.

The debate about the team's style or the supposed dependence on Lewandowski will not cease, but the truth is that the numbers support and reinforce Barça's candidacy in the League, where it is the team with the fewest goals scored (6) and the second most goalscorer (35 ), with only a little less than Madrid.

One of the great reasons for the team's privileged situation in the League is its regularity, the ability to not let go in the face of an unexpected setback. The initial tie against Rayo Vallecano or the most recent one against Espanyol did not alter the plans of a Xavi who blindly trusts his script and does not hesitate when faced with doubts from an environment that he knows like the back of his hand. A firmness that is transferred to an increasingly compact group of players.

After a year watching on the horizon how the eternal rival went unopposed towards the title, with income that allowed him to rest to face the European competition, this season the Barcelona fans are once again the team that punishes Madrid's mistakes. The defeat of Ancelotti's men at Villarreal was answered with a victory at the Metropolitano which, above all, denotes the growing competitiveness of the Blaugrana. In addition, the victory also served to practically eliminate the colchoneros from the race for the League, almost always the third in contention for the title, which is now 14 points away.

The best game against Atlético did not materialize, suffering until the last second, and yet they knew how to balance on the wire to safeguard Dembélé's goal. Barça did not collapse at the worst moments of the game, when their players were barely able to cross the midfield at the start of the second half, nor did they lose heart on the stage. A very different performance from that shown against other prestigious rivals in recent times.

Xavi's Barça was able to thrash Madrid at home last year and beat Atlético at the Camp Nou, but this season they still lacked a victory against a great team, a victory that above all would reinforce confidence in the project. After the impotence experienced this season in the double confrontations against Bayern and Inter, in addition to the defeat at the Bernabeu, the blaugrana recovered against Simeone's men a bit of the greatness that they have been losing little by little along the way in other appointments important.

Consult all the results of Barça in the Santander League.