The ghosts of Gran Canaria, where Barça lost in their debut in the Endesa League, seemed to hover over the Palau Blaugrana this Sunday, but the azulgrana, who were initially surprised by Baskonia, reacted in time to reap the first league win ( 89-74). 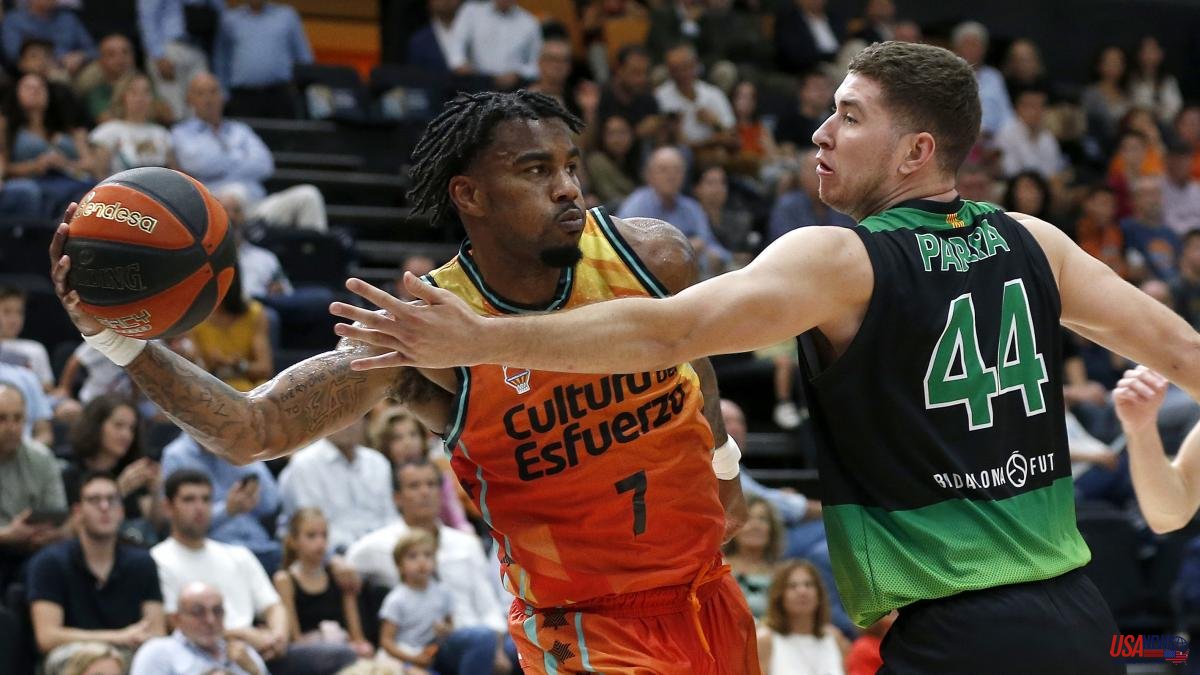 The ghosts of Gran Canaria, where Barça lost in their debut in the Endesa League, seemed to hover over the Palau Blaugrana this Sunday, but the azulgrana, who were initially surprised by Baskonia, reacted in time to reap the first league win ( 89-74).

Jasikevicius read the scorecard to his pupils at the break (39-51), who accumulated ten losses in the opening twenty minutes, and in the third quarter they corrected the situation in a big way, with a 26-7 partial thanks to the improvement in defense and Abrines wrist. The bleeding did not end in the last quarter for Baskonia, who went without scoring for more than four minutes.

By then, Vesely, Jokubaitis and Laprovittola were at their ease and the Barcelona players came to enjoy 20 rental points (80-60). On the other hand, the Vitorians, beheaded after the expulsion of their coach, Joan Peñarroya, due to two techniques, were lost and misguided, with only a triple of 15 attempts in the second half. The timid and late Basque reaction (82-70) was suffocated by the less usual, like Paulí and Nnaji.

Unlike Barça, Joventut, also defeated on the first matchday, did not savor the victory in Valencia, where they fell in a crazy match, with alternatives in the electronics, which was decided in extra time (101-97). La Penya grabbed an inspired Kyle Guy from the start, author of 27 points, through whom the attacking weight passed in the first half, insufficient to counteract the gaps in the rebound of the black-and-white before the break (43-37).

After the break, Tomic, Busquets and Ribas got together to overcome a 15-point deficit in the third quarter (64-49) and seconded Guy, who with two three-pointers put his team ahead with two minutes to go (83- 85). But a foul by Tomic six tenths from the end led to Dubljević's free kick that sealed extra time (87-87).

Led by a great Vives, the Catalans had a five-point advantage in extra time (87-92) and, however, gave in to the success of Harper and Jones, the best of a Valencia that after the final honk celebrated the victory and the tribute to Rafa Martínez, who retired the number 17 that he defended in La Fonteta for more than a decade.