After not beating Espanyol in the last game of 2022, Barcelona suffered the unspeakable against Intercity in the 2023 opener. 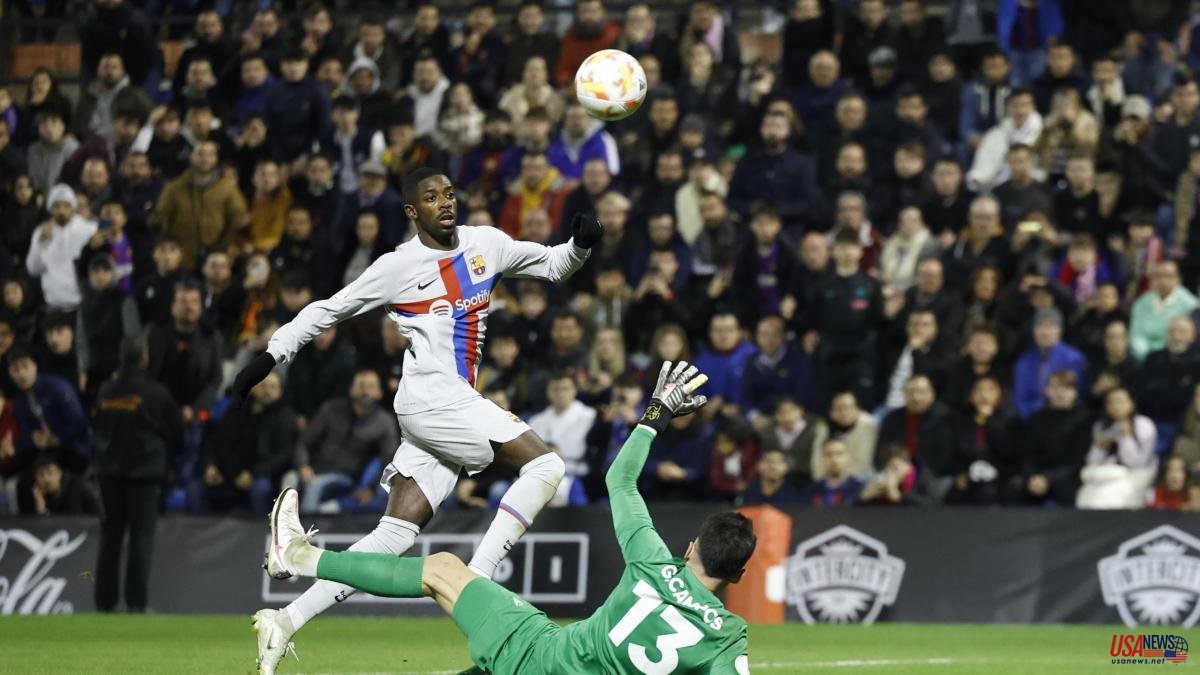 After not beating Espanyol in the last game of 2022, Barcelona suffered the unspeakable against Intercity in the 2023 opener. Three goals in 45 minutes was scored by a Barça caricatured in both areas by a First RFEF rival, whom he could only eliminate in overtime. Ansu Fati avoided ridicule and penalties but not the fiasco. Barcelona passed with much more pain than glory.

Seven World Cup players, including two finalists in Qatar, put Xavi Hernández in the starting eleven but even so Barcelona could not escape the scare. It seemed that a goal in the 4th minute would be the preamble to a quiet tie to debut in the Cup. To do the job quickly and be able to reserve strength for Sunday's momentous home game for Atlético de Madrid. Nothing is further from reality.

There was no way to solve the ballot forcefully. In the recent past they suffered against Eivissa, went to extra time against Cornellà and had to come back against Linares last season. And he again bordered on ridicule and elimination in Alicante. Intercity equalized three times in a match that had to be decided in extra time. Three times the locals caught the Barcelona defense in Babia, thinking about the shrews, considering a job that was not finished.

Far from learning from the mistakes of the derby against Espanyol, the blaugrana repeated them and increased their severity. They let themselves go and ended up paying for it with an unthinkable penance when Araújo made it 0-1 after a corner kick. Instead of a placid night they chose to travel through the curves and hardships.

Barça had to run and hit an unexpected hot flash seeing that the evening had been complicated by itself. First for not ruling despite having the game up their sleeves from minute 4. Then for being too passive to defend in their own area.

For Intercity, which was founded five years ago and started playing in Regional, Barcelona's visit was already a milestone. So he decided that the party would be played at Rico Pérez, which multiplies by seven the capacity of the modest Antonio Solana, where they usually play their games. But this change of venue benefited from the beginning a higher quality team, which in a stadium that in its day (1982) played World Cup matches, was able to live without the burden of having the public attached to the neck. In other words, that's not even an excuse.

In addition, it didn't take long to see that Barça had a lot of parish in the stands since the first shot as soon as it started was accompanied by a great oops of regret because it went high. Xavi recovered Araújo and the center-back complied when he entered like an exhalation to finish off a corner kick taken by a Pablo Torre, who was participatory and imaginative with the ball, as also happened in Pilsen. The dream comeback for the defender came minutes later when, in an intervention on the line, he saved a sung goal from Piñán, who had beaten Koundé in speed and dribbled past Iñaki Peña.

The desire, energy and rebellion of the Uruguayan is all that is missing in Ferran Torres and Memphis. Both divided the center forward position but were absent, almost until inventing the invisible nine. The problem with the Valencian is that in addition to being at odds with the definition, he was portrayed in the 1-1 play, in which he almost moved away instead of bothering Oriol Soldevila in the small area.

With the tie, Dembélé must be recognized that he took responsibility. He tried and played them all until he scored with Vaseline. The pity for him is that his defenses were already thinking about the return plane in a throw-in against. Soldevila finished off again too easily, this time against Alba.

Barça reacted again with a cross from Alba that Raphinha pushed into the goal. It seemed the final per of the possible 2-4 that Gaizka Campos avoided in a clear shot from Raphinha that went to 3-3. Marcos Alonso fell asleep being the last defender and let Herrera steal his wallet. It was a three for one (Eric Garcia) in favor of Intercity and again Soldevila beat Iñaki Peña between the legs to make his hat-trick and force extra time, where Ansu Fati, after a good delivery from Raphinha and with a little of carambola, he gave a pass that does not cover the shame.