Barça formalizes the signing of Kessié until 2026

Barcelona made official on Monday the signing of Ivorian midfielder Frank Kessie, who arrives on a free transfer from AC Milan and signs a contract until June 30, 2026 with a termination clause of 500 million euros. 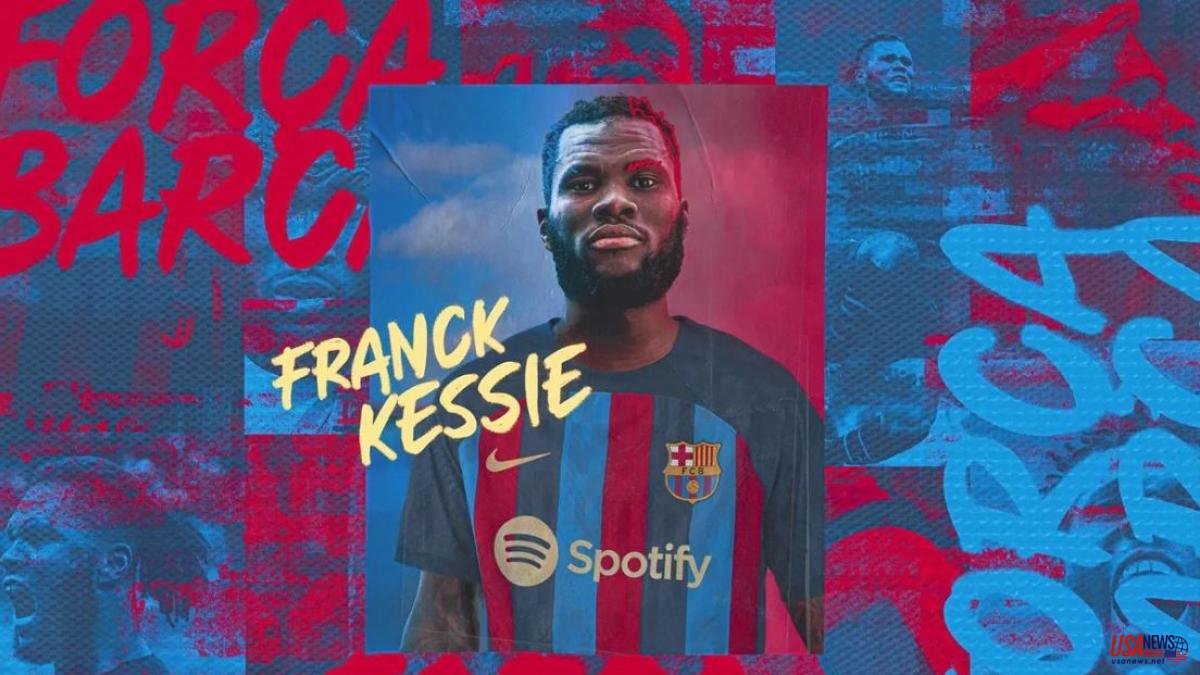 Barcelona made official on Monday the signing of Ivorian midfielder Frank Kessie, who arrives on a free transfer from AC Milan and signs a contract until June 30, 2026 with a termination clause of 500 million euros. This afternoon he will train with his teammates in the first session of the Blaugrana preseason that started on Monday, July 4.

The African footballer arrives at Barcelona after having played for the last five seasons at AC Milan, where he has become one of its mainstays in the midfield. This season he has participated in 36 games in all competitions and has scored one assist and seven goals, the last in the match against Sassuolo with which he said goodbye to the Italian club after winning Serie A, something that had not happened for eleven years . Barcelona already reached an agreement with the player last March, but all parties decided to wait until the end of the season to officially announce his arrival at the Blaugrana club.

Franck Kessie was born on December 19, 1996 in Ouragahio (Ivory Coast). Formed in the academy of the Stella Club de Adjamé, a team from his native country, he went to Atalanta de Bergamo in the 2014-2015 academic year, when he was a youth. Kessie's season in the youth ranks was excellent and he earned the opportunity to make the leap to professional football.He went on loan to Cesena of the Italian Serie B where he alternated the position of all-round midfielder with that of centre-back.

A year later, Gianpiero Gasperini, Atalanta's new coach, demanded his return and, little by little, polished him until he became, at a very young age, one of the best midfielders in Serie A. In the 2017 season- 18, AC Milan signed Kessié on loan to end up executing the mandatory purchase clause of 33 million established in the summer of 2019.

Now begins a new stage at Barça. Xavi sees a different profile in the Ivorian, capable of adding value both defensively and offensively. The African midfielder uses his vigorous physique to recover a large number of balls in all areas of the field and, at the same time, to disarm defenses with his runs in space. As a result of this last situation, he is able to be very useful for his coaches in the scoring section. He is also a true expert from 11 meters.

Kessié will be presented on Wednesday at the Camp Nou. At 11 am he will sign his contract at the offices of the Ciutat Esportiva Joan Gamper. At 11:30 a.m. he will dress for the first time in shorts with the Blaugrana colors and will set foot on the Tito Vilanova training ground.

At 12:15 p.m. he will appear at a press conference before the media. The next announcement will be that of 25-year-old centre-back Andreas Christensen, who also arrives on a free transfer from Chelsea.