Barça ends the season with another impotence session

The best thing for Barça is that a season has already finished to run away and not look back. 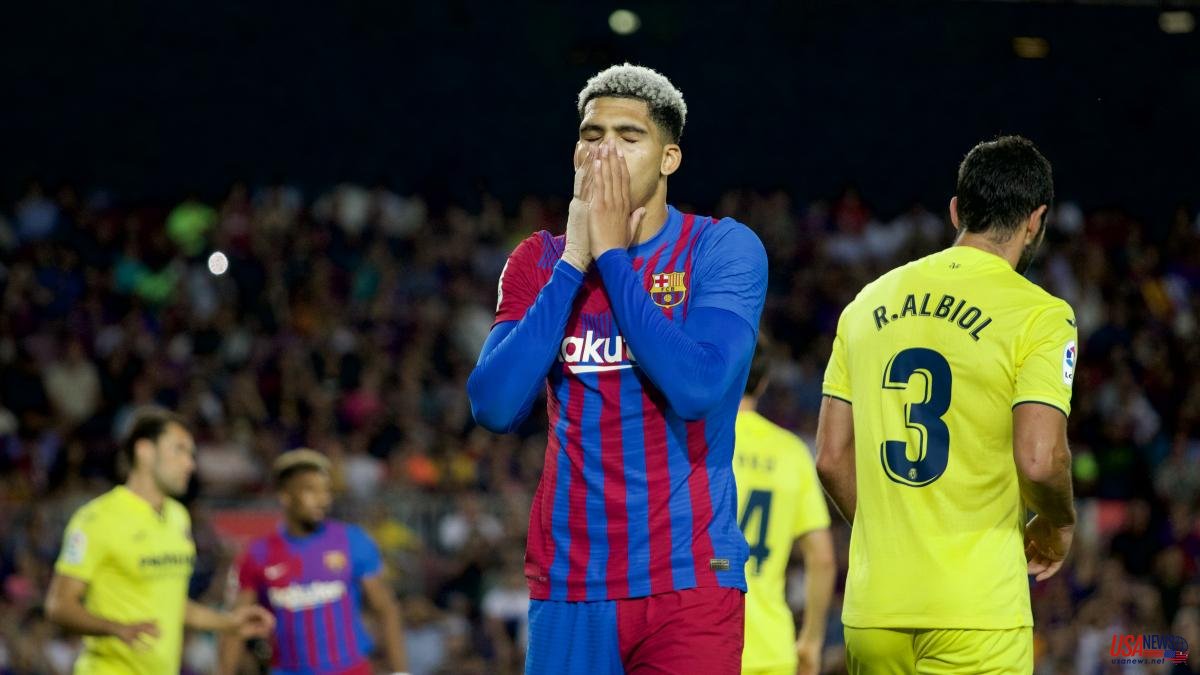 The best thing for Barça is that a season has already finished to run away and not look back. Due to the time of the game, the suffocating heat and the lively behavior of the stands (the whistles did not arrive until the 90th minute) one might have thought that it was a summer function of the Gamper. But no. It was not the launch of the campaign. There were no new signings. Nor were illusions and dreams ahead. On the contrary, it was the farewell to a campaign to forget almost entirely, without any title to put in their mouths and fulfilling the minimum objective of entering the next Champions League. At least there was the option of closing the official exercise leaving a good taste in the mouth and signing a victory. But not even that. What came was another session of impotence and the fifth loss of the short was Xavi at the Camp Nou, the fourth in the League. The enthusiasm that the coach brought was lost weeks ago and now he has to work in the offices to try to get up. He goes to work after so much sadness.

To try to leave an image at least worthy, although he did not succeed, Xavi opted for most of the usual, the classic Alves, Alba, Busquets or Ferran Torres. The one from Terrassa was only allowed one remarkable novelty, the presence of an Adama Traoré who had been in disgrace for more than a month by Dembélé, who now that his future at the club hangs in the balance again, does not play as a starter.

Precisely Adama, who started well and ended badly, was the one who generated the most expectations at the beginning with his power, his incursions and his crosses, although his services did not find an auctioneer. Aubameyang barely participated. Meanwhile, on the other side Ferran Torres did not contribute much but he did hit two volleys until the break that forced Rulli to intervene. Then the absolute nullity for the Valencian.

Nothing was at stake for Barcelona. Instead, Villarreal was looking for the consolation, to put it that way, of qualifying for the Conference. Little prize considering that he comes from being a semifinalist in the Champions League, but at least it meant continuing in Europe. The yellow team arrived with casualties, but also with the framework that players like Albiol or Pareja represent. With that experience, the people of Castellón withstood the initial fireworks from Barcelona and gained ground, more with touch than with gallop.

Barça wanted to overcome the opponent, with more intensity and intention than in Getafe, because doing it with as much reluctance as in that match was impossible, but deep down Xavi's team lacked overflow and quality where matches are decided, in the last third of the field.

For this reason, and as has happened so many times, it was not surprising that the rival advanced on their first occasion. A deep pass from Parejo behind Adama Traoré, with Alves no one knows where, was enough for Pedraza to stand alone against Ter Stegen and beat him with a cross shot.

Before brushstrokes of Barça and a party in the stands, the Camp Nou is very different from the one of a lifetime. All that revelry only served as entertainment because the Blaugrana team was already behind on the scoreboard again.

It was time for a comeback attempt again, but what came was the second blow from Villarreal. Emery's team took advantage of a bad clearance by Adama Traoré that fell at the feet of Moi Gómez to make it 0-2. The winger, who landed with such effervescence in January at the Camp Nou, left the field after being substituted. His last ball in the stadium will have been a fatal loss. By will, he didn't deserve it. Xavi reacted by putting in Ansu Fati and Dembélé, this time an emergency resource and not like in the Coliseum. But Barça had fallen into predictability, into the windshield wiper game that goes nowhere and into apathy. Xavi's team bored with itself, the chances didn't come and the brilliance, either. Riqui Puig and Mingueza appeared, who will not continue, but they did not serve as a shock either.

Now to Australia to play a friendly. All the money possible is needed. That they invest it well. Because if not this can not stand anywhere