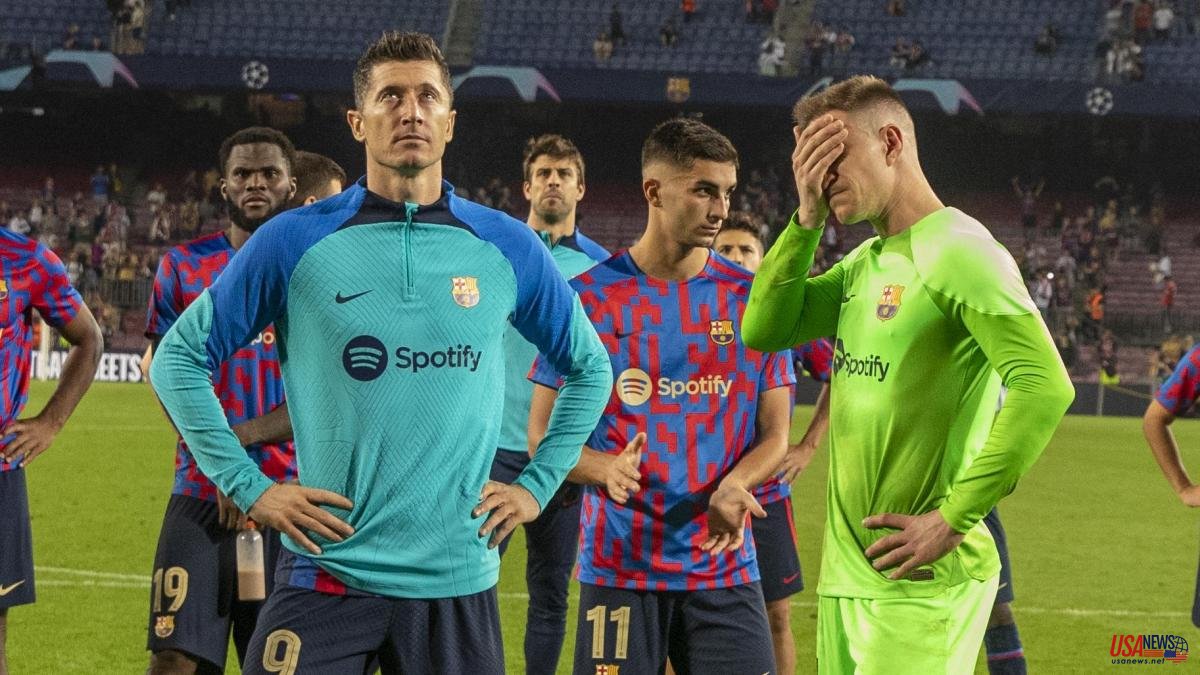 Obsessions don't usually end well. They end up turning against each other. They can bitter more than happy. The Champions League has become for Barcelona the Moby Dick of Captain Ahab, who made his existence a constant search and capture of the white whale. Since 2015, when it won the fifth – and the treble – in Berlin, the club has been stubborn in pursuing the continental trophy as an end and not as a consequence, as if it were the only way to be satisfied and satisfied. The Leagues, which there have been –three–, seemed little to celebrate. Along the way, Barça, which has also embraced the Super League and continues to be one of the three teams that remain firm and faithful, has ended up dwarfed on the field, where in the end the matches and competitions are elucidated.

Craving glory, Barcelona find themselves in the mud after losing their status in Europe. The decline has been gradual but undeniable. Disasters have happened year after year. The collection of romps has been increasing. Beaten and slapped by PSG, Juventus, Roma, Liverpool, Bayern, Inter and even Benfica.

In the last eight editions of the Champions League, they have only reached the semi-finals once, the prelude to the final. In 2019 it was when he was closest to standing in the decisive match. He went to Liverpool with a 3-0 lead in the first leg but not like that. In one of the worst European nights, Valverde's Blaugrana left Anfield scalded with a 4-0 win with which the Reds came from behind in the tie.

And it has not been the most unspeakable because a year later, in Lisbon and behind closed doors, Bayern endorsed him with a 2-8 that buried an entire era. It seemed that it was the bottom of the well but the last three campaigns have been worse. That was the quarterfinals. Then they fell in the round of 16 while these two courses have not even been able to pass the group stage. The Europa League, a prize for many teams, is a penance for a team that is in a hurry and already has certain urgencies. The distances, far from being shortened with the levers, seem to be widening.

There is a name that appears as a long shadow in Camp Nou. It is that of Leo Messi, who is not forgotten. The Argentine made his debut in 2004 and, with him, Barça never played the second continental competition. Without Messi, who in August 2021 signed for PSG to play alongside Neymar, Barça have only been able to defeat Dynamo Kyiv (1-0 and 0-1) and Viktoria Pilsen (5-1). Few exhibitions, a lot of suffering and no great joy to which the ten, in his extraordinarily regular performance, accustomed the fans.

Without his intimidating presence, it is now Barça who suffer from manifest inferiority. Rivals have lost respect for him. Inter, without Brozovic and Lukaku, managed to beat him in Milan and score three goals at the Camp Nou. Bayern, who were missing Neuer, Lucas and Sané, also stormed the Camp Nou. Ulreich didn't even get close to Xavi's.

In this context, Barça is still in the starting box for the sixth Champions League, which it seems they cannot get out of their heads. Never before has the difference between European Cup titles with Madrid been so great: nine orejonas.