The Euroleague has been erected as an insurmountable mountain for Barça for more than a decade. 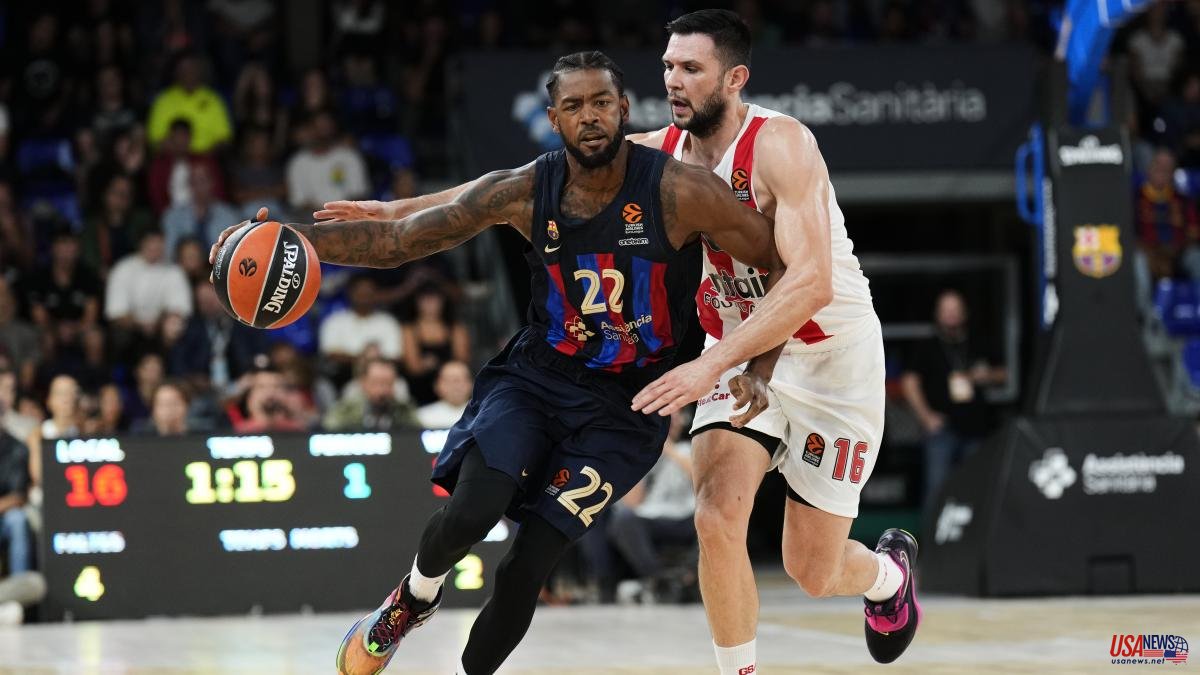 The Euroleague has been erected as an insurmountable mountain for Barça for more than a decade. Every season new ice axes are bought and the backpack is filled with hope, but reaching the top seems like an impossible mission. The annual search for European glory began again this Friday at the Palau, with Jasikevicius playing Sherpa for the third consecutive year and the first step towards the top was a false one. Olympicos de Bartzokas once again conquered Barça soil, confirming that the ascent is going to have even more potholes than usual.

Barça will always have the honor of having signed the first basket of their European season, a pat by Vesely. The Czech is, without a doubt, one of the porters who must carry the most on the way to the top. But Olympiacos was not a comfortable first guest, formed by Bartzokas one of the strongest blocks in the entire continent, even though they do not waste as much quality through their ears as many of their rivals. They are without a doubt one of the teams to take into account and the Palau attested to this.

Barça started out in charge, although the rhythm of the match was clearly set by Olympiacos. Little was scored and each basket seemed like a feat. A three-pointer by Sanli, an oasis amid the lack of success on the outside of the azulgrana in the first half, went up at 16-10 (minute 8) and seemed to pave the way somewhat. But much more is needed to break the confidence of this Olympiacos, improved this year with players like Bolomboy, who did not take long to make his mark in Barcelona.

The second quarter was a disaster for Barça. Olympiacos found the success in the triples and was undermining the azulgrana morale, which could not find answers and was unable to scratch the iron Greek defense. The port of Piraeus had closed. With three triples in a row, two signed by Peters, Olympiacos took control of the scoreboard and widened the difference until 28-34 with which the break was reached. Barça had a lot of work to do to turn the duel around. But, above all, he had to improve his game, which was far from being described as flashy or fluid.

Although a couple of initial triples by Laprovittola and a threat of finding space to run fueled the comeback, the third act was not a source of good news for Barça either. Bolomboy and Canaan's free throws made it 47-57 in the scoreboard, culminating in a 0-11 that marked a lousy debut for the azulgrana. A basket on Higgins' horn stopped the bleeding but things did not look good for the Catalans. Jasikevicius had ten more minutes to convince his team and find a shortcut to victory. It was Higgins who tried to establish himself as the savior with a couple of minutes full of pride but his was a more than insufficient reaction because in front of him was a rival who did not get nervous at any time and secured his first victory of the course. There will always be the excuse of free throws, 13 from Barça against 25 from the Greeks... without fail. Poor excuse to cling to.

A bad start does not condemn anyone but it is the first warning.

Incidents: match of the first day of the Euroleague played at the Palau Blaugrana in Barcelona before 5,752 spectators.