Soccer-wise, Xavi Hernández does not want to part with Frenkie de Jong, who has started 30 League games. 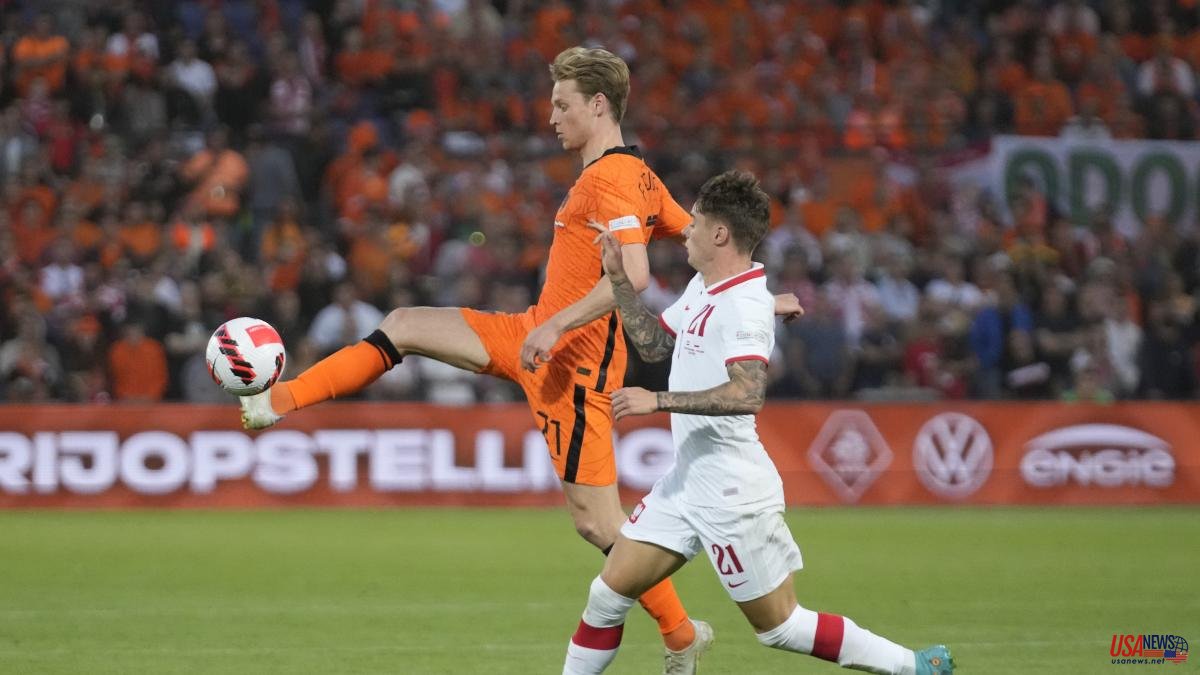 Soccer-wise, Xavi Hernández does not want to part with Frenkie de Jong, who has started 30 League games. But economically reality marks another verdict on the future of the 25-year-old midfielder. Barça has a wage bill of 560 million euros and is studying different mechanisms to reduce it by 28 percent in order to sign the great objective of this market, the Polish Robert Lewandowski. Among the ways that are contemplated is the salary reduction and also the sale of soccer players.

It happens that De Jong is the second Barça player with the highest market value – 60 million according to the Transfermarkt portal – after the 80 million of the non-transferable Pedri. Clubs such as Manchester City, Bayern Munich and PSG have been interested in the Dutchman, but for now the only club that has submitted a firm offer to sign him is Ten Hag's Manchester United.

Barça wants to sell him for some 80 million fixed and another 20 in variables. “The economic situation is very, very bad and we need to sell. It is sad but it is our reality”, lament members of the sports area, who a few days ago already contacted De Jong to explain the reasons why they are considering a sale. Although the player does not want to leave, the forcefulness of his messages from the Dutch concentration has been decreasing. "I can't say anything," he commented on Saturday after the Netherlands-Poland when asked on ESPN if he was going to change the beaches of Barcelona for the cold of Manchester.

This message contrasts with the one he delivered on May 31 . "I want to stay at Barça, the leaders have not told me anything so I understand that there is no operation underway," said the Dutchman, who still does not like being in the media showcase. He has a contract until the summer of 2026 and he would like to fulfill it and to be able to play with Lewandowski. "I would like to, of course," he also assured on Saturday.

Xavi has already made it clear to the club that if De Jong leaves, his priority is to sign Bernardo Silva. Operation that seems complicated because Manchester City asks between 80 and 100 million. Another midfielder in the Blaugrana orbit is Carlos Soler. He has one year left on his contract with Valencia and his plans are not to renew. In order to start negotiating the sports area, he plans an operation in which several soccer players could enter to lower the cost. One of those who has been offered for transfer is youth squad Òscar Mingueza, whose agents are also handling another offer from German Hoffenheim.