Barça consoles itself with a win in the classic

The last women's classic of the season brought a new victory for Barcelona, ​​which thus reached the final of the Copa de la Reina, which will be played on Sunday in Alcorcón against Sporting de Huelva, who won the semifinal on Tuesday against Granadilla de Tenerife ( 1-0). 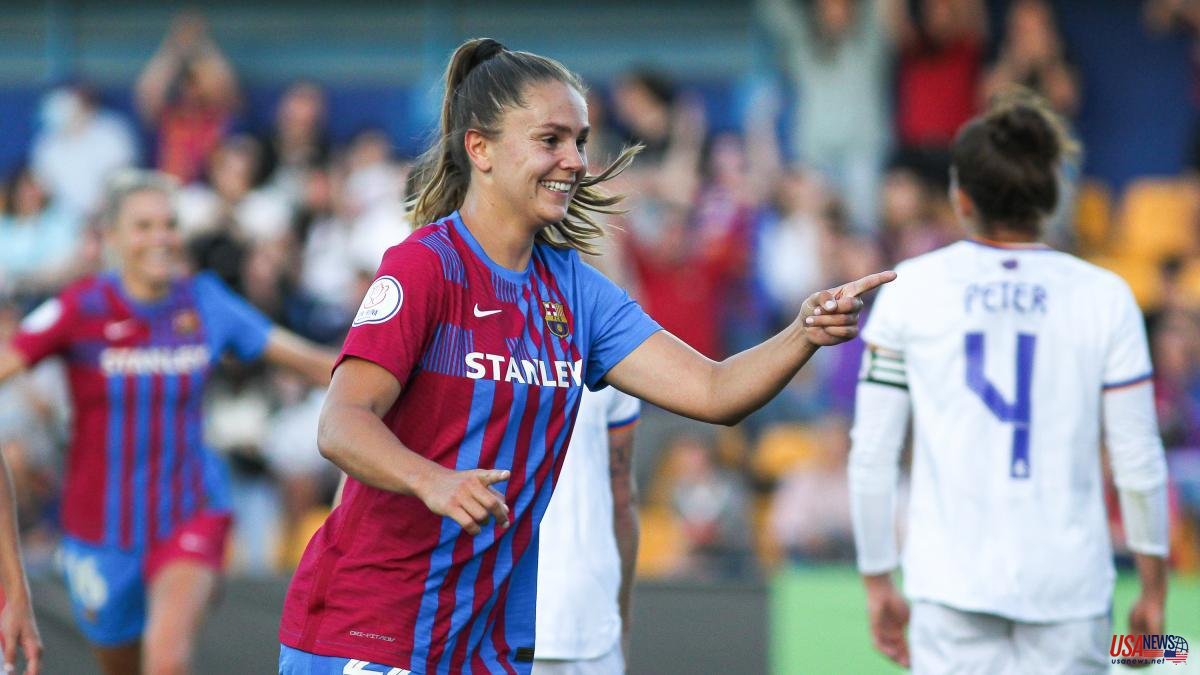 The last women's classic of the season brought a new victory for Barcelona, ​​which thus reached the final of the Copa de la Reina, which will be played on Sunday in Alcorcón against Sporting de Huelva, who won the semifinal on Tuesday against Granadilla de Tenerife ( 1-0). Undefeated in the league, Barcelona's dominance in national competitions is undeniable.

After the setback of losing the Women's Champions League final in Turin, Barcelona consoled themselves by leaving Madrid with the desire to finally achieve a first victory against the battleship Blaugrana. Madrid was much closer to achieving it in the semifinal of the Super Cup that was played a few months ago at the Ciudad del Fútbol in Las Rozas. In tonight's game on Wednesday, he was always in tow and barely had any scoring chances throughout the match, dominated from start to finish by the Blaugrana.

Jonatan Giráldez's team arrived in Santo Domingo depleted by the losses of Graham and Jenni Hermoso, literally lame and who did not occupy the bench. Patri Guijarro also had rest. Oshoala and Martens, who was coming off an injury, were the forward duo.

Madrid entered the game with high spirits after getting into the last day of the League in third place in the Champions League by beating Villarreal and taking advantage of Atlético's defeat against Barcelona. For this occasion, Alberto Toril left Ivana and the Swedish Asllani out of the team, a star who, between various injuries, has yielded little and may have already played his last game with the white team.

The match began with a Barcelona unleashed on the Madrid area and in the second minute Misa avoided the goal with a point-blank stop at Mariona's half-turn. At twelve Alexia Putellas headed the post, Misa rejected Rolfo's shot and Oshoala, with everything in favor, missed an easy shot hitting the ball wrong. Oshoala herself, two minutes later, would anticipate his jump to defense and his powerful header went again to the mass pole.

So much danger on the Madrid goal would end up bearing fruit in the 18th minute in a poorly defended center and a cross from Lieke Martens. Shortly after, the author of the goal had to retire to the band to be assisted, but she was able to continue on the field of play.

The passing of the minutes did not change the fate of the meeting. Barcelona hid the ball and played it from side to side, seeking to open the field at the ends. Madrid defended itself with many players and tried to go on the counterattack with long balls looking for Athenea, who lost the individual battles against Mapi León and other defenders; among other things because they always arrived in poor condition.

If Madrid came into the break at a disadvantage but alive, it was thanks to Misa's saves. However, in the second half, Barcelona solved the semifinal on the fast track by finding the goal that they had deserved for the game very soon but it had escaped them.

At 47 minutes Aitana Bonmatí received a pass from Oshoala, broke Svaba and defined well against Misa, who this time could not do anything. In minute 54 it was 3-0 due to a mistake by White in a corner kick taken by Martens. Nobody came to defend and Mariona headed at will in the small area,

The 3-0 completely lowered the mood of the Madrid fans in the stands of Santo Domingo and the few Barcelona fans were noted. Jonatan Giráldez considered the semifinal resolved and in minute 58 he made a triple substitution: Mariona, Martens and Alexia left the pitch, handing over to Leila, Claudia Pina and Crnogorcevic. Then Paredes left and Pareira entered. Oshoala scored the 4-0 in minute 76 in individual play, a powerful start and a good definition. Madrid this time did not even come close to being able to compete with the Catalans. A header off Nahikari was the most dangerous part of him.