Barça closes the season with victory in Sydney

Barça is already on vacation. 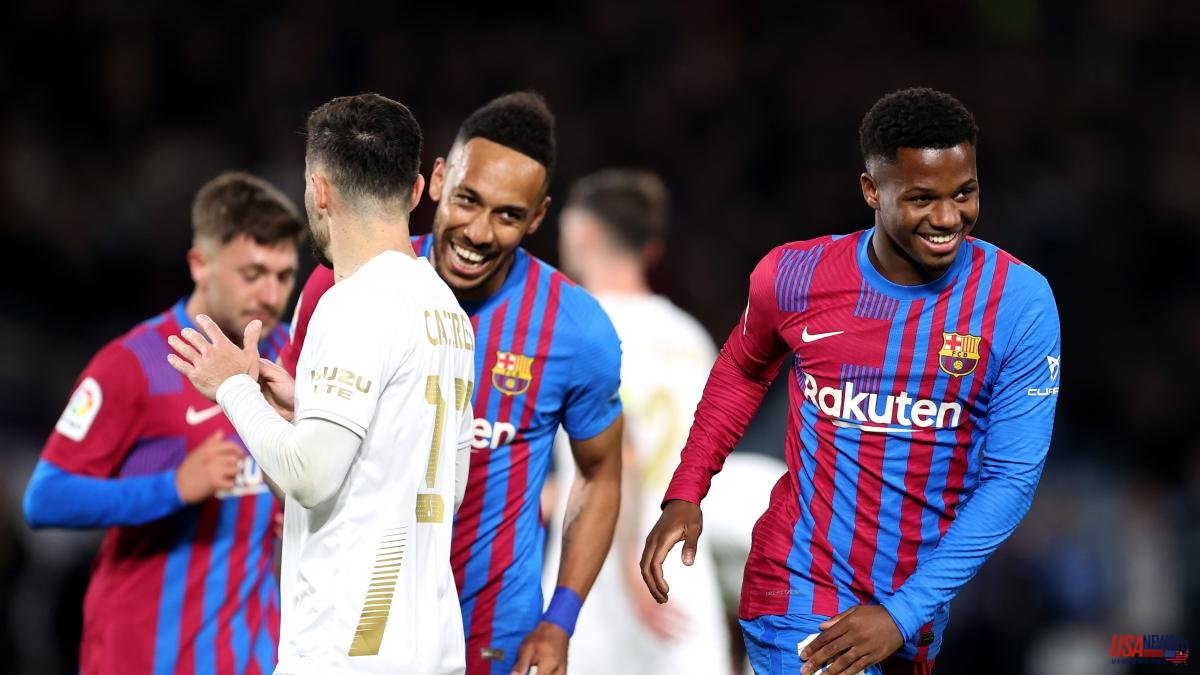 Barça is already on vacation. Xavi Hernández's team came out with a tight win (2-3) in the friendly against a team of stars from the Australian League, the A-League, played in Australia, where the Catalan club had never played a game in its 123 years of existence. history.

The Accor Stadium in Sydney, with 70,174 spectators in the stands, could have been the scene of the last Barça game played by various players, including Samuel Umtiti and Ousmane Dembélé. On the pitch for 73 minutes, the French defender, who is not in the coach's plans, played his second game of the season after playing the 90 minutes of the League match against Osasuna in Pamplona.

Instead, Dembélé played the entire match and scored the first goal of the game on a counterattack, the third in his private account of the entire season. The striker has not renewed and everything indicates that he will pack his bags from June 30, when he ends his contract.

The match went into the intermission with Barça dominating at will, but the script of the clash changed at the beginning of the restart, when the A-League All Stars came from behind in seven minutes. Kuol was about to make the third for the locals, in a spectacular personal move in which he was dodging rivals, but his shot, on the exit of Arnau Tenas, went off grazing the post.

At that point, the party was already totally broken. The oceanic team, coached by Dwight York, a legendary former Manchester United player, turned the scoreboard around with goals from Reno Piscopo and Adama Traoré, with the same name and surname as the Barça player, who was precisely in charge of tying the match with a shot that bent goalkeeper Redmayne's hands. The one from L'Hospitalet, on loan since winter at Barça, will not continue next year either.

Barça's winning goal was scored by Ansu Fati, Barça's great hope for next season, who scored on the second ball he touched after entering the field for Traoré. Fati had the fourth in the final stretch, but the last chance of the match was again for Kuol. His double shot, which would have meant the final 3-3, first went to the post and then met Arnau Tenas. Finally, Barça said goodbye to the season victory and with a few million more in the account, totally necessary to strengthen the team in the summer.

Incidents: Friendly match played at the Accor Stadium in Sydney before 70,174 spectators.