Barcelona has started renovation work on the Palau de Gel building to temporarily house the club's museum while the works on the Espai Barça last. 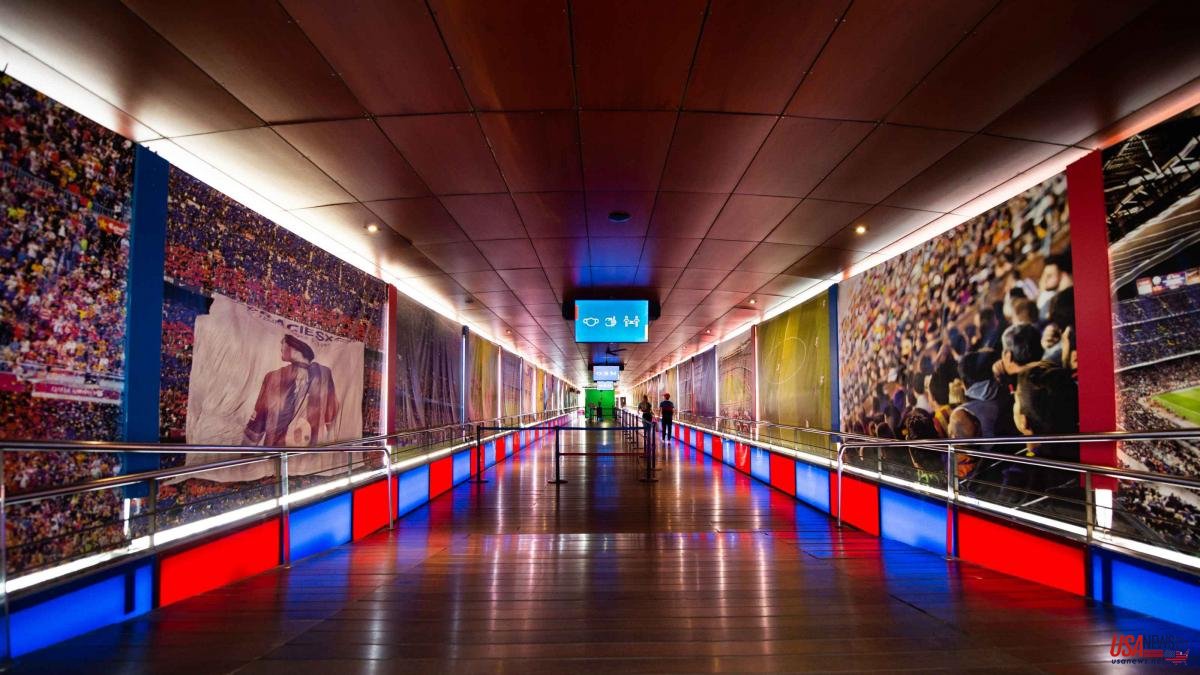 Barcelona has started renovation work on the Palau de Gel building to temporarily house the club's museum while the works on the Espai Barça last. It is expected that the new uses will be inaugurated in the summer of next year, the same date that the most visited museum space in Catalonia will be closed for two years.

The remodeling affects all the space currently occupied by the ice rink and its auxiliary areas, such as the changing rooms, and also on the façade, where new accesses will be created. This temporary space will be in use until the inauguration of the new museum of the future Spotify Camp Nou, scheduled for the 2024/25 season, the club said in a statement.

The Palau de Gel is a building attached to the Palau Blaugrana. Both were inaugurated in 1971. The interior renovation will affect the space occupied by the track, but the offices and the cafeteria will remain unaffected. In this way, the new temporary museum will have about 2,400 m2 -the current space is more than 3,000 m2-.

The Blaugrana museum was renamed the Museu President Núñez in 2000. Its last remodeling dates from the 2009/10 season, coinciding with the final stage of Joan Laporta's first term.

The complete renovation of the facilities that currently include multimedia elements, interactive murals, large-format audiovisuals, giant screens and hundreds of objects took place during the presidency of Josep Maria Bartomeu.

The museum attracts tens of thousands of visitors each year. Before the pandemic, the figure was 1.8 million per year and since the end of the restrictions it has recovered a good part of its activity. It is a considerable source of income that the club does not want to pass up. For the creation of the temporary museum, the club will once again work with Mediapro Exhibitions, the division of the Mediapro Group specializing in the creation and development of exhibition and museographic projects.

At the same time, Barça is working with the Barcelona City Council and the Les Corts district to reactivate ice activities, which have been stopped in recent months due to the poor condition of the track. The idea is to build a provisional covered track located in the rear parking lot of the Palau. In this new stage, it will also continue to be the home of the ice hockey and figure skating sections.