After the arrival of Jan Vesely last week, this Monday Barça announced the signing of another Czech player, Tomas Satoransky, who returns to the Barça club after a six-year spell with various NBA teams. 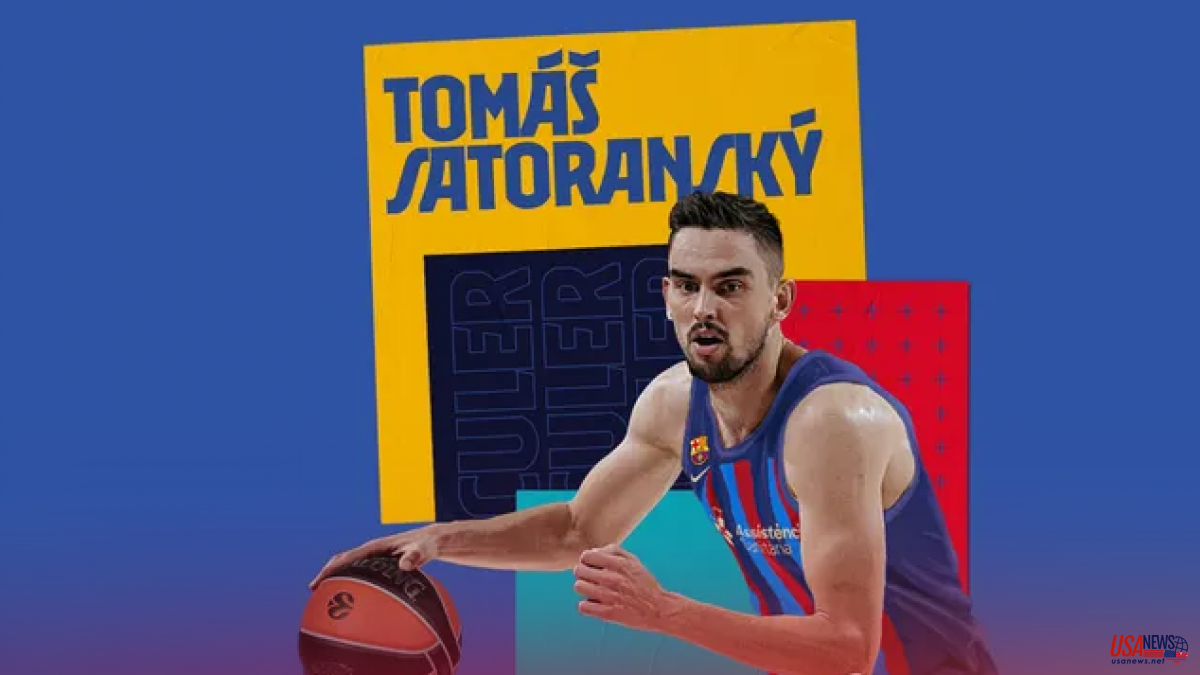 After the arrival of Jan Vesely last week, this Monday Barça announced the signing of another Czech player, Tomas Satoransky, who returns to the Barça club after a six-year spell with various NBA teams. The base, 30 years old and 2.01 meters tall, signs for the next four seasons.

"I know that I have something pending with you, culers. One day I want to lift a trophy with you", the player from Prague said goodbye in the summer of 2016, who at that time crossed the 'pond' to put on the Washington shirt Wizards, the team that chose him in 32nd place in the 2012 draft and where he played three full seasons until 2019.

He then spent two years with the Chicago Bulls, then jumped to the New Orleans Pelicans, the Portland Trail Blazers and the San Antonio Spurs before returning to the capital's franchise this past February. In the North American League he has averaged 7 points and 4 assists in the 388 games he has played with an average of 22 minutes on the court.

In his first stage at Barça, between 2014 and 2016, he played a total of 148 games between the Endesa League (84), the Euroleague (56), the Cup (4) and the Super Cup (4), although his baggage of titles was limited to one Super Cup. "Turno a casa culers (I'm going back home culers)", he said in Catalan in a video published by Barça on the networks where the Czech is seen on the parquet floor of the Palau Blaugrana.

"Playing at Barça always means setting your highest goals. I have very good memories of my two years here, a lot of ambition to come back. I didn't win much in my previous stage and I think (as a team) we won't lack ambition", he added to the club's media Satoransky, who acknowledged having spoken before his signing with the Barça coach, Sarunas Jasikevicius.

His return had been agreed for weeks, even before the end of the season, when the Barça coach had dinner with his new pupil in a restaurant in Barcelona. On the other hand, the arrival of Satoransky could mean the departure of Nick Calathes, the starting point guard this past year who still has one year left on his contract.

At the moment, only Brandon Davies, Nigel Hayes-Davis and Rolands Smits have been confirmed to leave, while the next to land will be German power forward Oscar da Silva, from Alba Berlin. Barça also intends to sign forward Nikola Kalinic, for whom it submitted an offer to the ACB on Saturday. Valencia Basket, which has the right of first refusal, has until July 8 to match the proposal and thus prevent the Serbian from being a Barça player.

Vesely and Satoransky are the first signings to rebuild a Barça team that had a disappointing end to the season, in which they fell in the semifinal of the Euroleague final four and lost the final of the Endesa League against a superior Real Madrid, champion in Game 4 of the best-of-five series.