Barça and the world of football congratulate Messi

Seconds after Messi finally managed to be crowned world champion with the Argentine team, congratulations began to rain down on him. 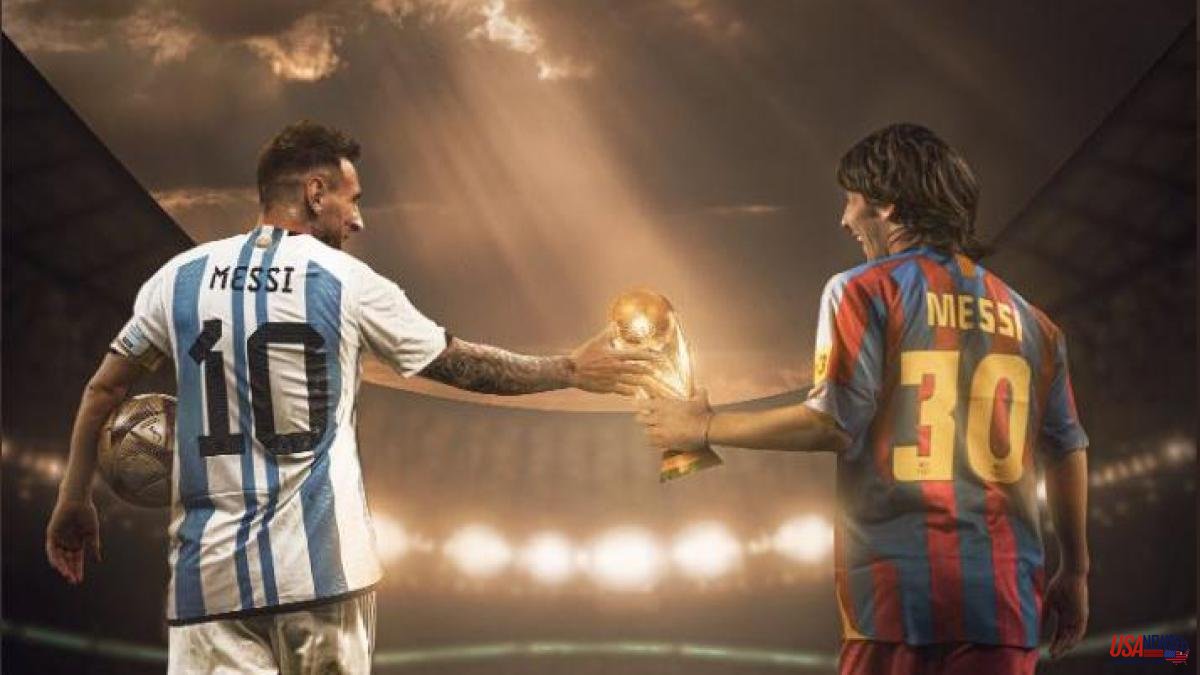 Seconds after Messi finally managed to be crowned world champion with the Argentine team, congratulations began to rain down on him. Starting with FC Barcelona itself, which congratulated the former Barcelona player with several tweets.

For us you will always be the best added the second.

The tweets from the Blaugrana club were joined by several messages from Leo's ex-teammates at Barça such as that of Dani Alves. "I don't give a damn what they tell me... Leo Messi, this fucking world loved you, fucking football loves you and those of us who love football respect you and congratulate you right now for that moment.

Enjoy it with your family and with those whoresss passing by your side.

As a Brazilian and as a South American, I know that this is more than winning that cup.

LONG LIVE FOOTBALL AND LONG LIVE TO THOSE WHO LOVE THAT SPORT!

Ahhh and just to complete, he was the one who always talked about God the Almighty!!

Alves was not the only Brazilian player who applauded Messi. With a "Congratulations brother", Neymar added to the wave of congratulations.

In Barcelona, ​​players like Sergi Roberto also congratulated Messi. "The best, you deserve it @leomessi! I'm very happy!!", pointed out the blaugrana on Instagram.

Former soccer player Carles Puyol also congratulated Messi. In his case, he did it with an image of the Argentine dressed in the Barcelona shirt.

And his compatriot at Barça and also in the national team. Javier Mascherano.

The female Barcelona soccer players also praised Messi. The first was Graham Hansen with a photo of both of them.