Two Melbourne Victory fans have been banned for life following incidents that occurred last Saturday in the derby between Melbourne City and neighboring Victory. 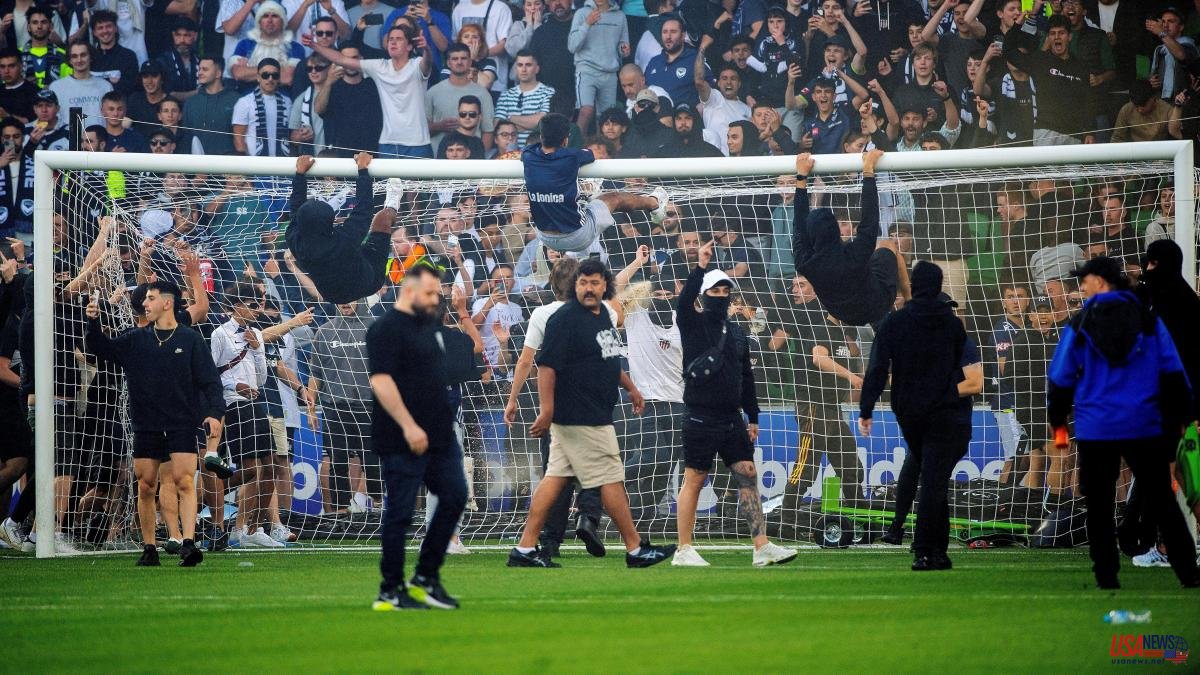 Two Melbourne Victory fans have been banned for life following incidents that occurred last Saturday in the derby between Melbourne City and neighboring Victory. In the matchday 8 match of the Australian professional soccer league, 150 people took to the field after 22 minutes of play as City led 1-0. The events occurred after several fans lit 50 flares and threw them into the public.

The pitch invasion left four injured, among them the local goalkeeper who was hit with a metal bucket that caused a cut on his right cheek. Glover, the Melbourne City goalkeeper, received several stitches and underwent medical examinations after the impact.

After the altercations, three men between the ages of 18 and 23 voluntarily presented themselves to the Melbourne police authorities, and must appear before the city court on February 27. This Monday they were accused of several charges related to public order disturbance such as assaulting the local goalkeeper, as well as causing violent disorder, throwing projectiles with the intention of injuring others and interrupting a match.

This Tuesday Football Australia, the body in charge of organizing football in the country, has announced through its website that two of them, aged 19 and 23, have been banned for life and will not be able to participate in the tournament again. any sports-related activities in the country, even as spectators. The 23-year-old fan has been convicted of entering the field without authorization and using an object (the bucket) with the intention of harming someone, in this case the goalkeeper.

In a statement, Melbourne City expressed its condemnation of what happened and stressed that these actions "have no place in football." The match, which was held amid tensions after the sale of the rights to the Premier League Grand Final was announced to be held in the city of Sydney for the next three years, was eventually called off.