Banc Sabadell earned 709 million euros in the first quarter of the year, which means 91% more than in the same period of 2021. 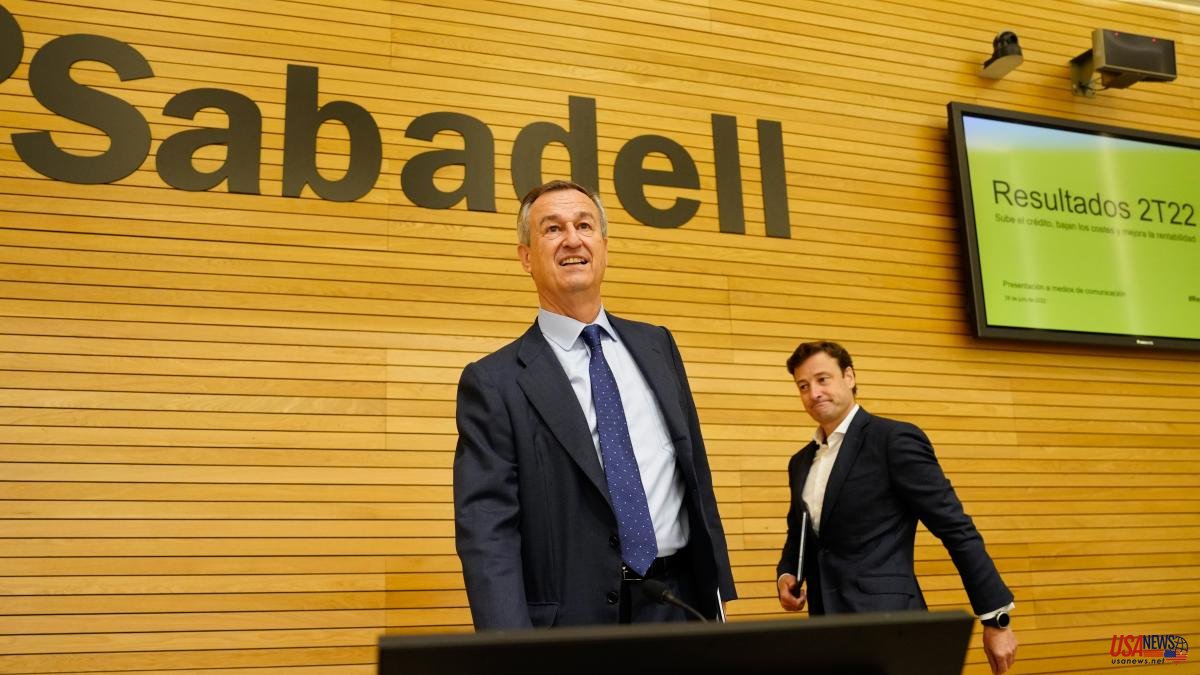 Banc Sabadell earned 709 million euros in the first quarter of the year, which means 91% more than in the same period of 2021. The improvement in profits is fundamentally due to the growth of the activity, the reduction of costs after the last two staff adjustments and lower provisions due to the end of the pandemic. They are down about 20%. The results are in line with those of 2019 before the covid crisis broke out.

The fact that the activity of the British subsidiary TSB has returned to normal has contributed to the good evolution of the entity's results: it ended September contributing 93 million euros to profit, compared to 82 million euros in the same period of 2021.

In a statement, the CEO César González-Bueno, has emphasized that "we closed the third quarter with intense commercial activity and meeting all our objectives". The CFO, Leopoldo Alvear, added that "our risk profile continues to improve year-on-year".

The entity has highlighted that the recurring margin (the sum of the interest margin and the commissions subtracting the costs) increased by 21.1% year-on-year. The NPL ratio at the end of September shows a positive behavior and stands at 3.40% despite the rise in interest rates.

The bank has also informed that the board of directors of Banco Sabadell agreed yesterday to increase the payment of dividends to a minimum of 40% of the profits corresponding to the current financial year. Likewise, it has approved the distribution of an interim dividend on the results of the 2022 financial year for an amount of 0.02 euros gross per share to be paid in cash, which will be paid on December 30, 2022, it has reported in a statement.