On July 17, 2019, with the government of Mayor Àlex Pastor, the company Integració Social de Menors ISOM SCCL requested a major construction license for a change of uses from cultural to residence with works to change the distribution of the street property Guifré 840 to open a care center for unaccompanied foreign minors, popularly known as 'mena', where there used to be a nursery. 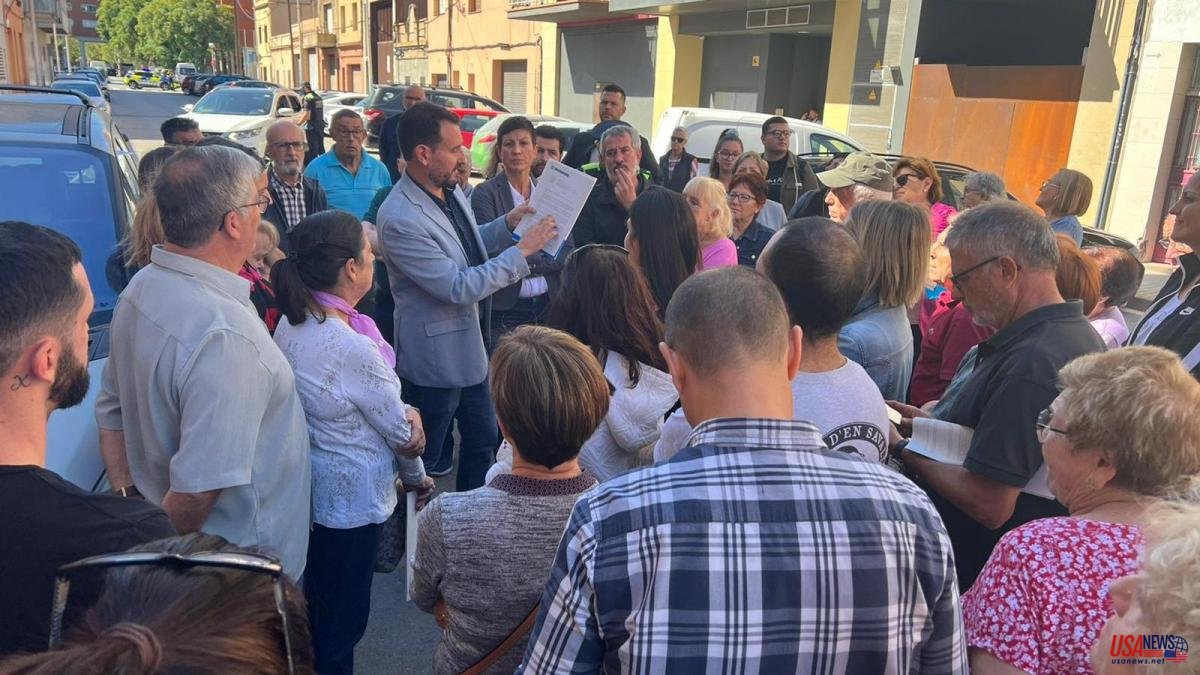 On July 17, 2019, with the government of Mayor Àlex Pastor, the company Integració Social de Menors ISOM SCCL requested a major construction license for a change of uses from cultural to residence with works to change the distribution of the street property Guifré 840 to open a care center for unaccompanied foreign minors, popularly known as 'mena', where there used to be a nursery. A situation that, when transcended, mobilized the neighborhood against its processing.

At the end of the administrative procedure, according to Xavier Garcia Albiol, mayor in 2020, "we were forced to give the license, otherwise we would have incurred in a situation of prevarication." The procedures, however, were delayed for reasons unrelated to politics, the works did not start and the promoters were forced to request a first extension to start the works. A term that has also expired and that now the municipal government is not willing to renew.

The mayor, Ruben Guijarro, accompanied by the mayor of Sant Adrià de Besòs, Filo Cañete, and the Councilor for Social Action, David Torrents, in statements to La Vanguardia, confirmed that "we have just revoked a license that had expired" and assured that "From the first moment we are next to the neighbors to tackle a new problem that could break into the Remei neighborhood". The mayor of Badalona has also lamented, in reference to the accusations of the opposition spokesman, "that there are those who prefer to distort the facts and not give solutions to the neighbors as this government has done".

For her part, Filo Cañete, mayor of Sant Adrià de Besòs, who for hours has analyzed with her counterpart from Badalona the bordering strips of the two municipalities, such as the case of Guifré street in the Remei neighborhood, assures that “it is counterproductive open a center of these characteristics in an already complex space”. In addition, she recalls that the Generalitat itself has recognized that the opening of these centers "has not obtained the expected results" and is therefore in favor of not increasing complexity in "areas where there is already some vulnerability".

In Badalona, ​​suspecting that the works were continuing despite the fact that the license had expired since September 10, the residents brought the facts to the attention of the PP councilor, who lamented that "they could be doing works for 19 days with the expired license ”. The municipal government, for its part, replies that it was on the subject and shows that it opened a file that includes a police report from the Guàrdia Urbana that concluded on September 26 and that detects the placement of containers, bags, removal of debris and cleaning of interior of the building, for which it summarizes that "the license cannot be given as well communicated when the expiration of the planning license is declared".

When verifying that there has been no communication of the start of works within the legal term, the final resolution of the City Council states that "the license for major works has to expire" with which the opening of the center for unprotected minors is not legally feasible. without a new license that has no chance of prospering, which has brought peace to the hundreds of neighbors who since yesterday afternoon have been gathering in front of the madman on Guifré street.