If anyone expected a harsh reprimand from the UN to China for its alleged abuses of the Uyghur minority in the Xinjiang region, this Saturday they were left wanting. 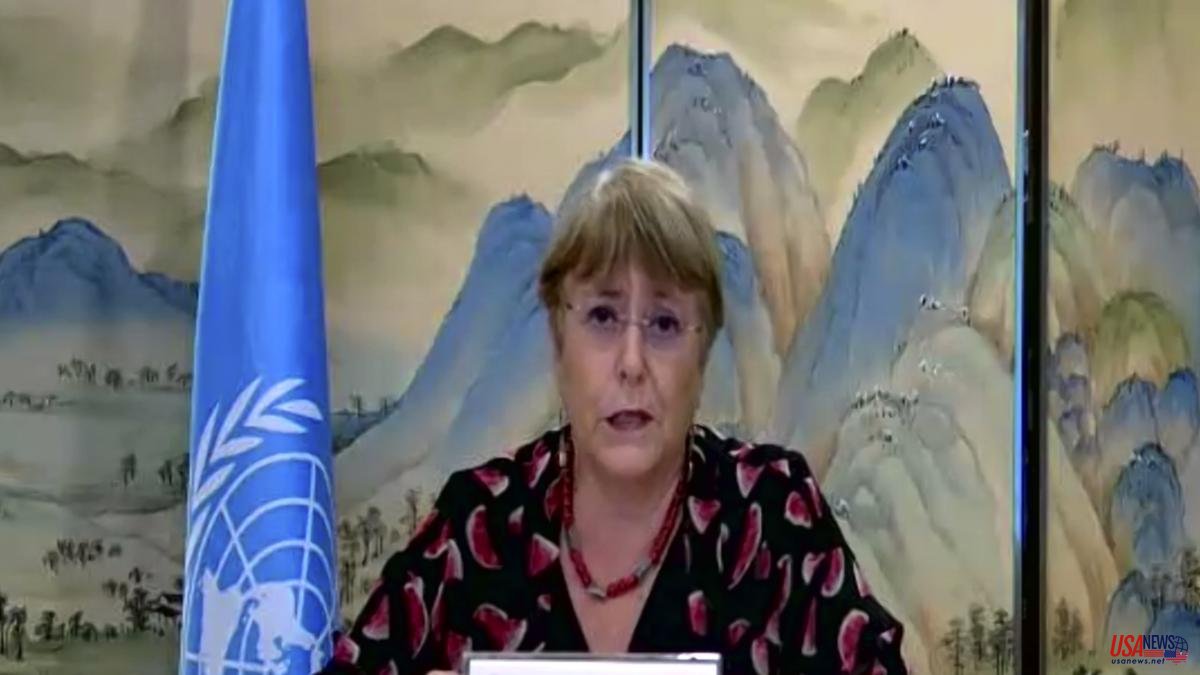 If anyone expected a harsh reprimand from the UN to China for its alleged abuses of the Uyghur minority in the Xinjiang region, this Saturday they were left wanting. Even so, the organization's High Commissioner for Human Rights, Michelle Bachelet, asked her authorities that her actions to combat extremism do not lead to human rights violations and that her policies be reconsidered. Words criticized by some from abroad for considering them too kind and playing into the hands of the Chinese regime.

The former Chilean president visited the Xinjiang region as part of her six-day trip to the Asian giant. At the press conference that ended the trip, he insisted that his trip was not an "investigation", but rather an opportunity to raise his concerns with Chinese leaders and pave the way for future interactions that help China to comply with its human rights obligations.

"It has given me the opportunity to better understand the situation in China, and for its authorities to better understand our concerns and potentially reconsider policies that we believe may have a negative impact on human rights," he said. Still, it is far from clear whether the Chinese government, which has always denied reports and news about abuses in Xinjiang, intends to change its policies.

In office since 2018, Bachelet moved this week to Kashgar and Urumqi, two of the most important cities in Xinjiang. There, he visited one of the alleged detention centers, according to China already dismantled, through which the UN itself estimates that up to a million people have passed.

The communist authorities, who at first denied their very existence, later went on to say that they were vocational training centers where one went voluntarily to learn a trade and the Mandarin language before announcing that all inmates had "graduated" from 2019.

The emissary, who also visited a male prison (although most of its prisoners were not there for crimes related to terrorism or extremism), stressed the importance that actions aimed at combating terrorism do not lead to human rights violations.

“The application of the laws and the measures imposed on individuals must be subject to independent judicial supervision, with greater transparency,” he said. In addition, he added, these policies must comply with international human rights standards and, in particular, "not be applied in an arbitrary or discriminatory manner."

Before starting his trip, he said that he had met with several families of Uyghurs abroad who do not know what has become of their relatives in Xinjiang. Bachelet pointed out that they have discussed this matter with the authorities and that they will be attentive to possible pressure or discrimination that may arise after his visit. "I have demanded that they take measures to provide information to these families as a matter of priority," he continued.

Bachelet's trip, the first by a high commissioner to China in the last 17 years, had aroused little enthusiasm in the West. Some NGOs and foreign politicians criticized from the beginning that the visit lacked transparency and credibility due to its lack of unrestricted access to possible victims or witnesses, and that it risked becoming a mere public relations operation for the Chinese government.

In this regard, the UN emissary assured that in the meetings she was able to hold during the trip there was no "supervision" by the local authorities, although she acknowledged that the anti-covid restrictions meant that she could not meet with some people.

Her comments were quickly replicated on social media and other forums by numerous activists and human rights defenders, who considered Bachelet's remarks too accommodating to China.

“It is absolutely amazing. It betrays a lack of understanding or of wanting to understand what has been happening in the region," said academic Adrian Zenz, who is behind several of the leaks about the situation in the region in recent years. "It will be very easy for Chinese propaganda to present this as at least a partial acquittal of its policies in Xinjiang," he added.