Ayuso returns to the United States to

The president of the Community of Madrid sets out again for the United States, where this Friday she will begin a work trip to Miami with the aim of continuing "strengthening economic, commercial, cultural and tourist ties with the country. 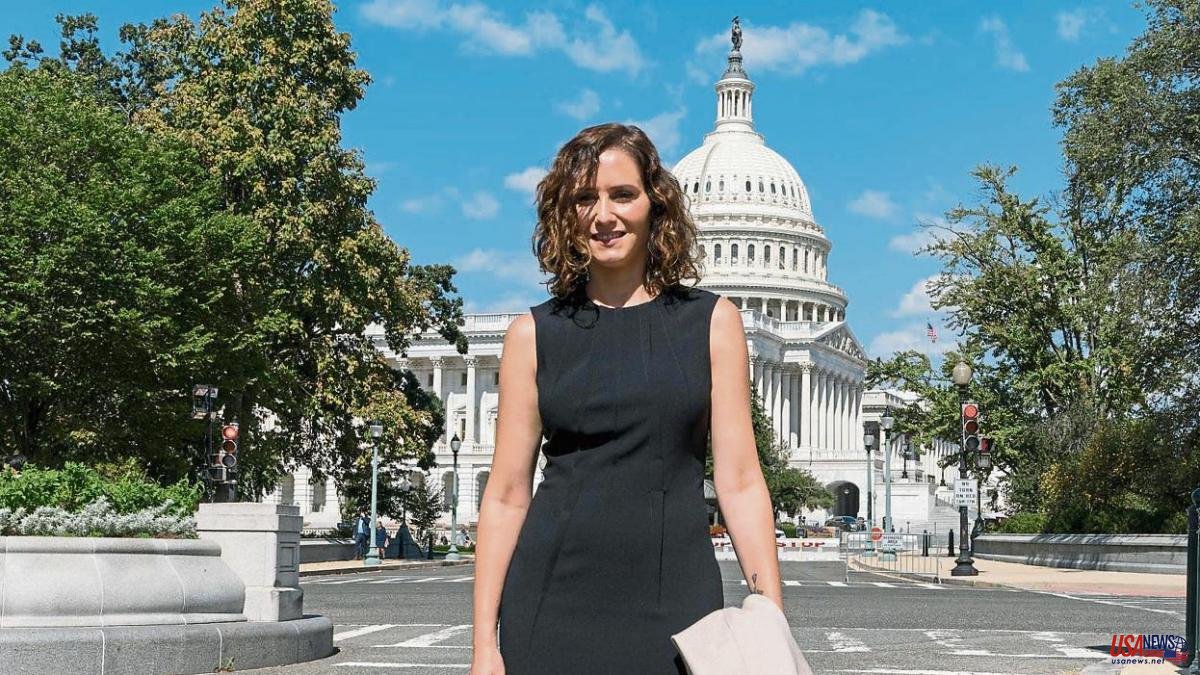 The president of the Community of Madrid sets out again for the United States, where this Friday she will begin a work trip to Miami with the aim of continuing "strengthening economic, commercial, cultural and tourist ties with the country." A task that Isabel Díaz Ayuso already began last September, with great media impact, when she went to New York and Washington DC.

Before packing her bags, the Madrid leader will appear this Thursday at the plenary session of the Madrid Assembly, at her own request, to explain the decision to grant the functions of vice president to the Minister of Education and Universities, Enrique Ossorio.

Ayuso appointed Ossorio number two of the Executive last Wednesday and indicated that the directors would maintain their powers but he would add the coordination of all the ministries to his. The president wants the spokesperson to be the one who designs the political program of the region as well as Madrid for the next ten or fifteen years. At his inauguration, which took place this Monday at the Royal Post Office, Ayuso praised Ossorio's political career, whom he also called "good, cultured and family-oriented".

The regional president plans to be in Miami between June 24 and 28 -arriving in time for next week's Governing Council-, where she will display an agenda with a marked economic and cultural accent, including meetings with businessmen, investors, leading companies in the audiovisual and music sector, as well as with institutional representatives of the local Administration.

The trip will begin on Friday with a meeting with the president of Universal Music for Latin America and Spain, Jesús López; and later, he will attend a dinner with businessmen from the Spain-US Chamber of Commerce.

The sessions on Saturday and Sunday will include various meetings with groups of American investors based in Florida, as well as with hotel and restaurant businessmen who will offer him a tribute for his management of the pandemic, combining health and economy, and where the inauguration of a sculpture (a bear with the flag of the Community of Madrid) that will pay tribute to the region. Ayuso is also scheduled to visit the Marlins Foundation – linked to the Miami Marlins baseball club – to learn about the social work carried out by this institution.

On Monday, June 27, Ayuso will start the day with a meeting organized by Invest in Madrid with the United States Chamber of Commerce in Florida (Camaco), where the Madrid leader will present the opportunities of the Community of Madrid as a place to invest.

That same day, the president will have other institutional appointments such as the meeting with the 23 representatives of Miami Dade County with whom a collaboration agreement between the two administrations is being worked on. Likewise, she will visit the Miami City Hall, where she will meet with its mayor, Francis Suarez.

Finally, on Tuesday, June 28, before her return to Spain, the regional president will have a working meeting with the president of Sony Music, Alex Gallardo, to strengthen ties of collaboration within Ayuso's strategy of turning Madrid into the capital of the world in production and creation of music in Spanish.