Ayuso mutes the reorganization of his Government

They do not have the rank of advisers, and that is why the dismissals do not resonate with such force, but the changes that Isabel Díaz Ayuso has applied in some middle cadres of her Executive hide a government crisis executed to harmonize all the instruments of the orchestra so that none out of the score less than a year before the next regional elections. 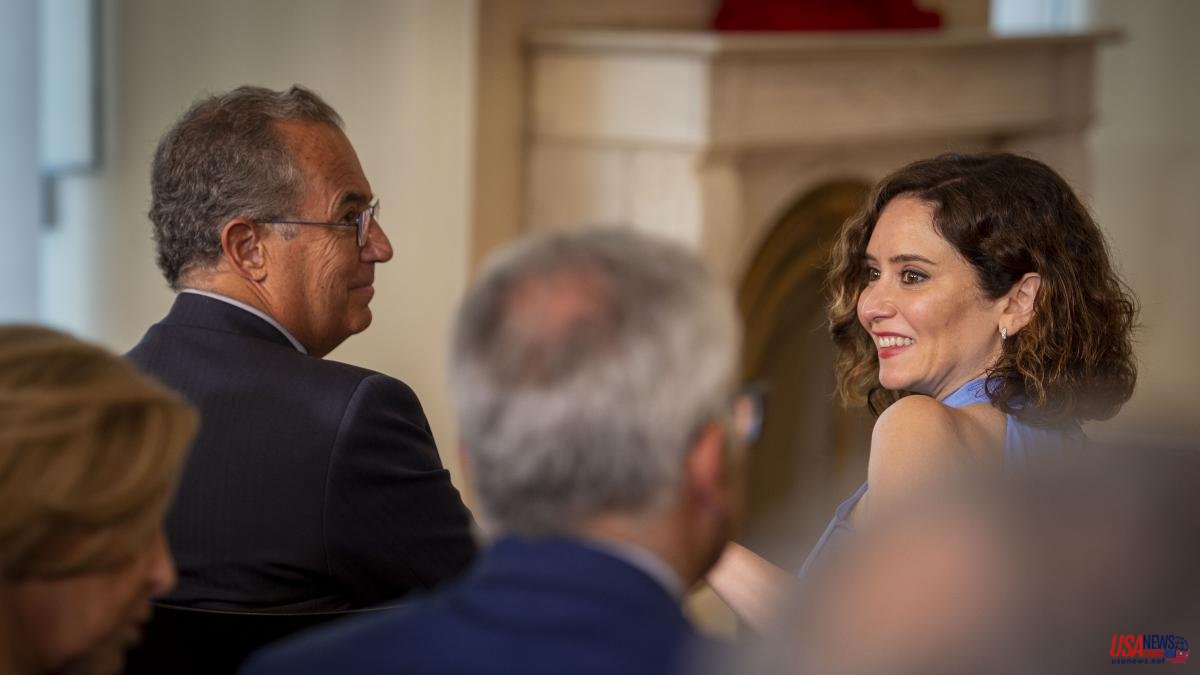 They do not have the rank of advisers, and that is why the dismissals do not resonate with such force, but the changes that Isabel Díaz Ayuso has applied in some middle cadres of her Executive hide a government crisis executed to harmonize all the instruments of the orchestra so that none out of the score less than a year before the next regional elections.

We are talking about Marta García Miranda, General Comptroller of the Community of Madrid, or Alberto San Juan Llorente, General Director of Childhood, Family and Birth Promotion. Both have been abruptly terminated and only the mandatory publication in the BOCM has deprived the Ayuso Regional Executive of marking a circle, nothing has happened here.

García Miranda leaves through the back door after having assumed since the previous legislature, marked by the pandemic, the control of each and every one of the public contracts of the Community of Madrid. Process by which Ayuso bled in his internal fight with Pablo Casado as a result of the purchases participated by his brother for the supply of medical supplies in the fight against covid already filed by Anticorruption.

And San Juan does the same when he directed one of the star departments of Ayuso's action plan to promote the birth rate in the next decade and that she herself defined in her presentation as "one of the greatest challenges as a society in the coming decades."

These dismissals, a month after the regional congress of the PP in Madrid, summarize the new direction that the Madrid leader has taken since then in the party's control room. The cracks derived from the bloody internal war between Ayusistas and Casadistas have not been free for the latter, but Ayuso preferred to hide the executions on the surface to execute them in greater depth.

This is how Enrique López, who was known until recently as the super-counsellor of the Presidency, Justice and the Interior, and whom everyone considered to be the man from Genoa -at the time of Pablo Casado- within the Ayuso structure was displaced in internal organization chart.

Although it has not lost powers as such, they are devalued and are limited to horizontal management between ministries, but not vertical management towards the Presidency, where the president of the Community has placed Enrique Ossorio as vice president.

Along with López, there have been more notable directors, such as the heads of transport, David Pérez, and of Local Administration, Carlos Izquierdo, whose radius of action and influence has diminished considerably. "Some will continue to appear in the photo, but without voice or vote," sources close to Sol told La Vanguardia at the time. "Perhaps there will be fewer card changes than expected, but it has become clear to everyone, including the advisers, that she is the boss, and M.A.R. -her chief of staff, Miguel Ángel Rodríguez-", they stressed. .