The campaign, at least in Madrid, has already begun. 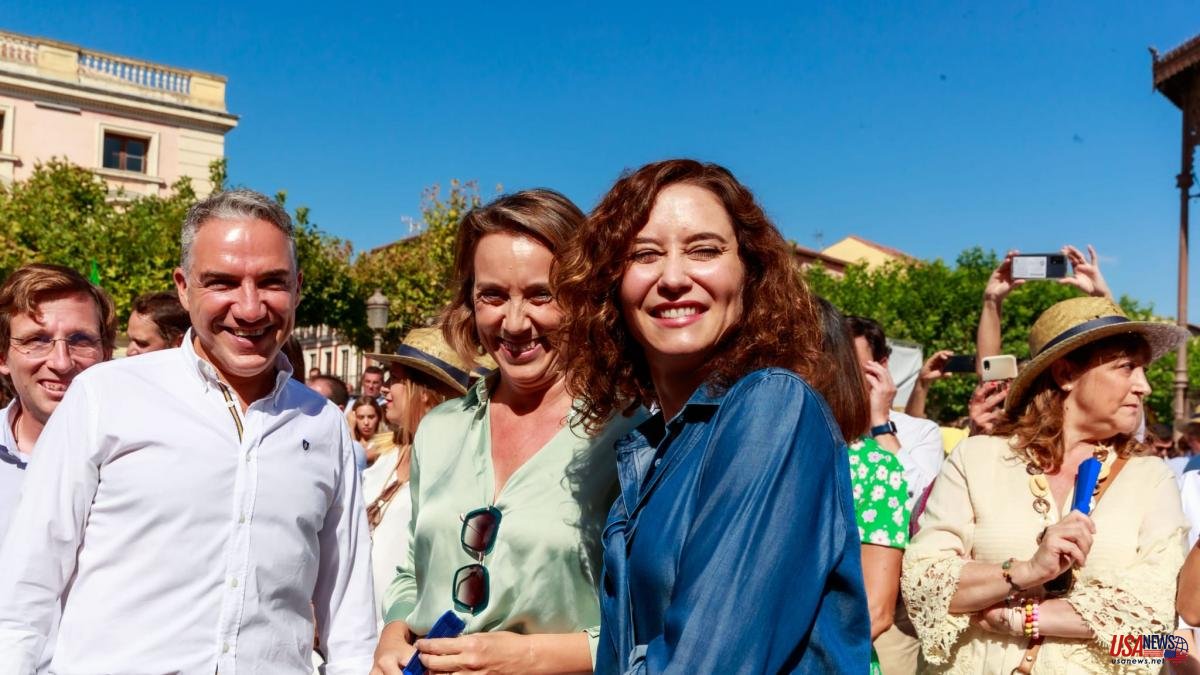 The campaign, at least in Madrid, has already begun. With nine months to go before the appointment with the polls, Isabel Díaz Ayuso has started the political course this Friday with a great act in Alcalá de Henares that has resembled an electoral rally more than anything else.

Supported by the senior staff of the party at the national level -including the national president, Alberto Núñez Feijóo, and the general coordinator, Elías Bendodo- as well as by the whole of his government team and the Alcalá PP candidate, Judith Piquet, Ayuso He has predicted a "difficult" autumn and winter for the people of Madrid whose ills he has explicitly blamed on the leader of the Executive, Pedro Sánchez.

The president of the Community of Madrid has defined Sánchez as an "unscrupulous president of the Government willing to do whatever and with whomever to stay in power. Even if this means leaving the Spanish with a disastrous inheritance", she lamented in reference to the latest approaches of ETA prisoners to the prisons of Euskadi and the political pacts closed by the PSOE with Bildu.

The regional president has once again waved the flag of freedom that brought her so much revenue in 2021 to make the management that, in her opinion, the PSOE is promoting, governing without dialogue with a "deeply authoritarian" style, ugly.

"We are not facing a government of the nation to use, but rather a manager of power that believes it has no limits", he has disfigured Sánchez before warning the socialist that this way of proceeding "we do not like in Madrid" as he has argued exhibiting the "rebellion" that the people of Madrid have already demonstrated at the polls in the face of "abuse and totalitarianism".

It was not until very late in his speech when Ayuso introduced regional elements such as his "shock plan against the problem of occupation" or the "unprecedented disbursement" made for going back to school after the pandemic.

What he has not done, on the other hand, is change rivals. Constantly questioning Sánchez, Ayuso tries to deny the spokesman for the PSOE in the Community of Madrid and future electoral candidate, Juan Lobato, who is multiplying his acts to try to recover the traction lost in recent times and climb in the polls where More Madrid he is still ahead of the Socialists.

Ayuso has listed the economic difficulties that, conditioned by inflation, are already causing the people of Madrid "difficult moments". "But we are not afraid", he has promised his supporters exhibiting the management of the PP as a model of success. "We are the Spain of always, but with more enthusiasm than ever," he concluded, anticipating a possible campaign motto.

The choice of Alcalá de Henares for the start of the political course of Isabel Díaz Ayuso is not accidental. The city of Complutense is, together with the great bastions of the red belt of Madrid, the great electoral objective of the PP with a view to the municipal elections of 2023. To try to extend to the city councils the domain harvested in the electoral advance to the Community because the effect Ayuso did not arrive in time for the 2019 elections, to the point that the popular ones barely govern in 82 of the 179 municipalities of the community.