Knowing her active rejection of the PP completing the negotiation to renew the General Council of the Judiciary (CGPJ), Isabel Díaz Ayuso had been silent since her injunction against Alberto Núñez Feijóo was made public. 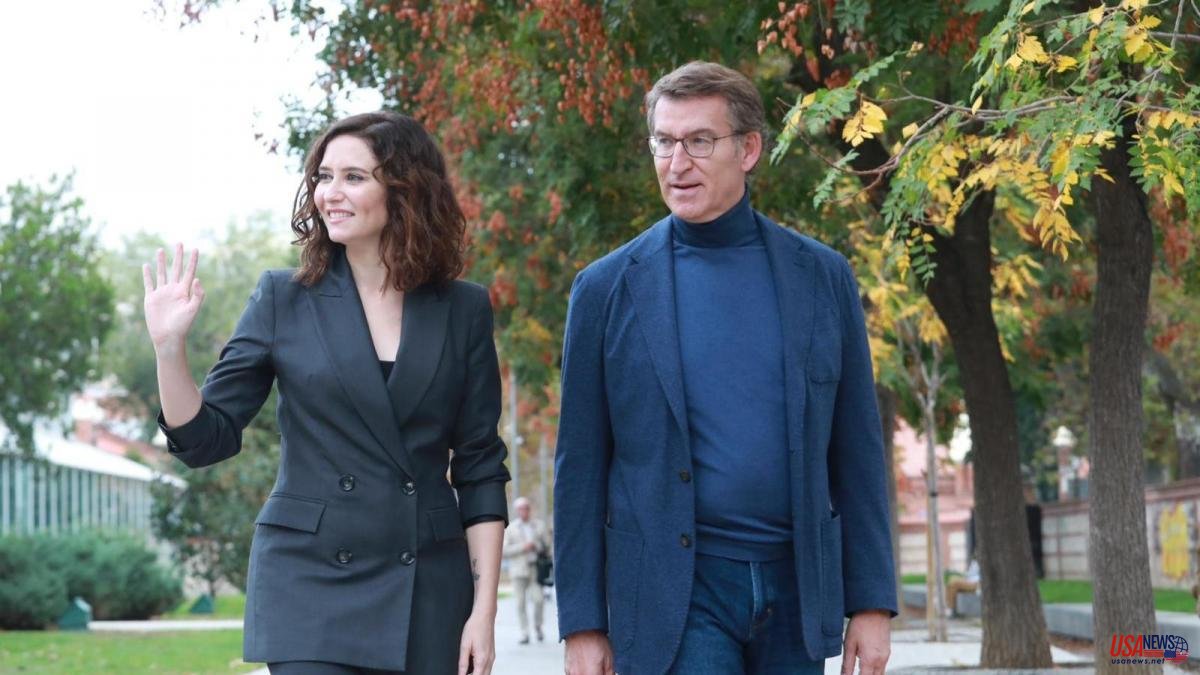 Knowing her active rejection of the PP completing the negotiation to renew the General Council of the Judiciary (CGPJ), Isabel Díaz Ayuso had been silent since her injunction against Alberto Núñez Feijóo was made public. And this Wednesday, once the All Saints Bridge was completed, the President of the Community of Madrid has blamed the President of the Government by declaring that "Sánchez has never wanted to agree on anything with the Partico Popular" and that the project of the Prime Minister "is the most authoritarian in democracy".

The president of the Community of Madrid has taken advantage of the presentation of the new surgical block of the General University Hospital Gregorio Marañón to confront once again with the leader of the Executive. And she has stressed that what Sánchez wants is to have the Popular Party in jail, the imprisoned institutions, the criminals on the street and them armored in power at any cost. This is what is happening in Spain," she insisted.

Questioned about the role she played in asking Feijóo not to agree on the renewal of the CGPJ with the PSOE, the regional president did not want to give more details and has tried to play down her actions: "What we talk about the leader of the opposition and I, honestly, is the least of it, after the very serious event that is happening in this country. The important thing is to know what Sánchez intends and what Sánchez does not intend by not renewing this, what he talks about and what he does not talk about with coup plotters, what they do to try to tie up justice and that right now those who are convicted of serious crimes go home without serving their sentences or even stepping foot in jail", he concluded.

It was the leader of the PP, Alberto Núñez Feijóo, who gave the order on Thursday to get up from the negotiating table after verifying in his conversations with some of his barons that the pact for the General Council of the Judiciary had to be stopped.

One of the first people with whom he spoke was with the president of the Community of Madrid, Isabel Díaz Ayuso, who conveyed to Feijóo on Thursday morning her disagreement with the pact that was being forged with the PSOE for the renewal of the Council .

The Madrid leader let him know from Galicia - where she had scheduled an institutional visit to the Coruña town of Ordes - that it seemed "outrageous" to agree on the CGPJ.