Any resemblance between the relations that Isabel Díaz Ayuso had with the previous national leadership of the party and those that she maintains with the current one is purely coincidental. 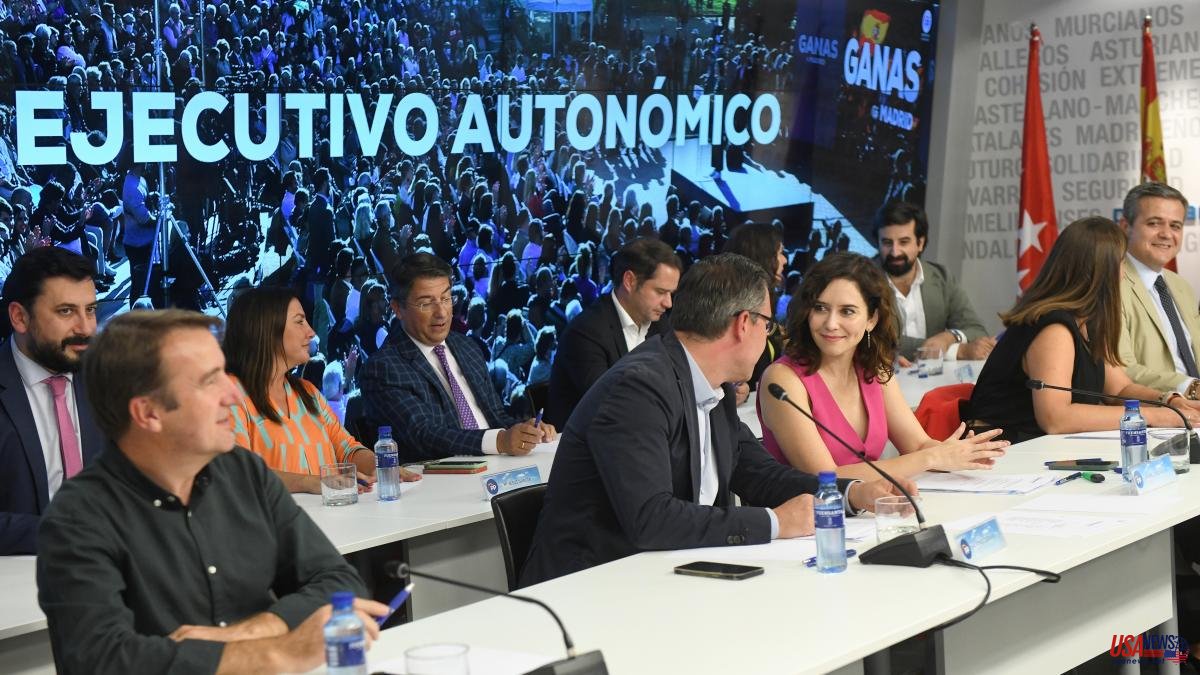 Any resemblance between the relations that Isabel Díaz Ayuso had with the previous national leadership of the party and those that she maintains with the current one is purely coincidental. And to sample, a detail: The president of the Community and the PP of Madrid, Isabel Díaz Ayuso, will wait for the president of the PP, Alberto Núñez Feijóo, to celebrate the party's national convention to convene one at the regional level. Thus, no trace of the war of dates and calendars that triggered the internal war in Genoa last winter.

This has been transferred in his speech in the Executive Committee of the PP in Madrid, after during the Congress of the party from which he was elected president, he announced that he wanted to hold a convention during the fall and last week the general secretary of the party, Alfonso Serrano , stated that this was converted into a battery of working days.

"These are forums where we go hand in hand with the National Directorate, with President Núñez Feijóo, which is why when they hold the national convention we will do the same with the one in Madrid to renew our statutes," said the president.

However, in the meantime, they have indicated that they want to transfer "a series of debates to public opinion" and establish their position on different issues, such as the environment, the family, the person, employment and, above all, the culture of effort and all these values ​​typical of liberal democracies".

"For us it is as important to defend a way of seeing life and the reason why we are in politics as much as the management of public services, which actually go hand in hand. They are equally important," he claimed.

It is in these forums where the regional president's team will find an "exceptional stop" to celebrate the Congress of New Generations in Madrid that erases the current leadership, very close to Casado and whom Ayuso has not hesitated to revile whenever he has had occasion.

"The only thing I am going to ask the organization within its autonomy is to work with restraint, with a head, knowing how to unite Madrid's youth from left to right around freedom, prosperity, life, most important values ​​we have," he declared.

In parallel, the president of the Community has encouraged this Monday the members of the Autonomous Executive Committee of this formation and their candidates to "work with humility and attachment to the field" with a view to the elections of May 2023.

Ayuso has taken advantage of the conclave to analyze the current political situation and, incidentally, designate 25 new candidates for the 2023 local elections.

After pointing out that the projects of the PP are "every day more recognized" in the different localities of the region, he said that, despite the surveys, "nothing is done."