Isabel Díaz Ayuso announced this morning the agreement of the Governing Council to present next week the announced appeal of unconstitutionality against the energy saving decree that decreed the temperature that public buildings should have and the turning off of shop windows at ten o'clock at night . 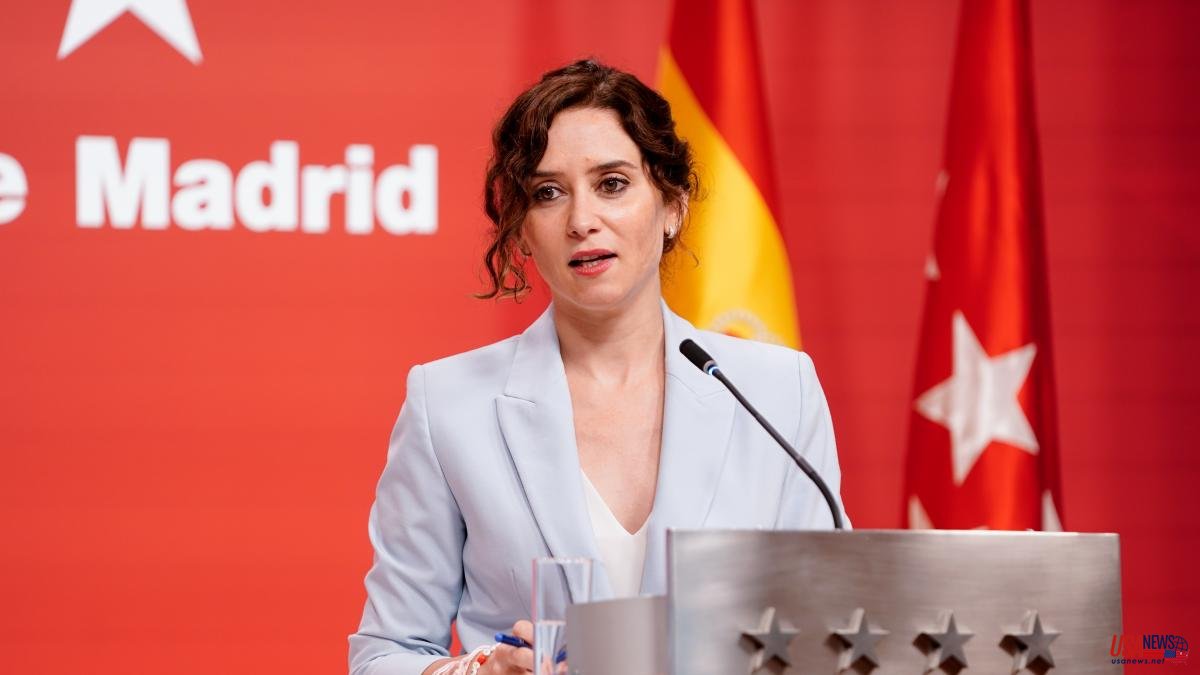 Isabel Díaz Ayuso announced this morning the agreement of the Governing Council to present next week the announced appeal of unconstitutionality against the energy saving decree that decreed the temperature that public buildings should have and the turning off of shop windows at ten o'clock at night .

A resource that the president of the community of Madrid justifies in an action by the Government of Pedro Sánchez that she considers to be "arbitrary, authoritarian and against businesses". In addition, according to the Madrid government, the decree "endangers SMEs and the self-employed ", "dissuades tourism and creates greater insecurity".

The appeal questions the sanctioning regime of the decree, and considers that it breaches the Health and Safety at Work Decree and clashes head-on with the freedom of business hours". Ayuso announced that the appeal is filed against article 29 -in its sections 1 to 5, both inclusive-, of the decree on energy saving measures approved by the central government on August 1, which are precisely those that refer to the temperature in buildings and the turning off of shop windows.It is a decree, according to Díaz Ayuso, "that attacks businesses and other public establishments, at a very difficult time for them", that "invades powers without justification", especially in matters of education and commerce, and "without reasons of urgency".

The Madrid president assures that the resource also reflects the feelings of the merchants: "We have seen how those affected themselves denounced that it is a meaningless regulation and that by imposing it in this way it has been impossible for them to apply it or not to apply it as quickly as they wanted because it is seriously harming its business activity", since the shop windows "are a claim for sale, both day and night", and more, in a region "with so much popular life 24 hours a day".

In addition, the Madrid president stressed, in other establishments, the imposition of the temperature is affecting commercial development. "The merchants are self-employed who already support many administrative obstacles, many taxes and who need, above all, help, so that customers choose directly to enter their establishments because if not, they will stop buying."

For Isabel Díaz Ayuso, unlike the Government of Pedro Sánchez, the Community of Madrid "is clear that the self-employed, merchants, businessmen, need facilities, collaboration, light and openness". “And everything, through dialogue and without the threat of a fine.”

The Madrid government considers that the energy saving decree invades its powers, since it corresponds exclusively to the Community of Madrid to manage, in accordance with its Statute, everything that has to do with Commerce, and the central Government cannot influence the turning off shop windows, just as it cannot intervene during business hours. For the Madrid president, the measures included in the energy saving decree put SMEs and the self-employed at risk, deter tourism and create greater insecurity in the streets of Madrid's municipalities, in addition to "turning Madrid into the only large capital whose shop windows are dark at ten o'clock at night, coming into direct collision with the freedom of business hours existing in the region".

From the punitive point of view, the appeal questions its application, since it does not specify how long shop windows or public buildings must be off. The text also goes against the 1997 Health and Safety at Work Decree, says the Madrid executive, because it establishes that activities called light work, such as those of commerce and hospitality, cannot exceed 25 degree temperature. Thus, a decree that regulates the safety of workers is breached, and that has forced the central Executive to rectify on the fly, since it established temperatures not lower than 27 degrees.