The de facto coalition that PP and Vox make up in the Community of Madrid has been going through a zone of turbulence in recent days due to the budget negotiation of the regional accounts for 2023. 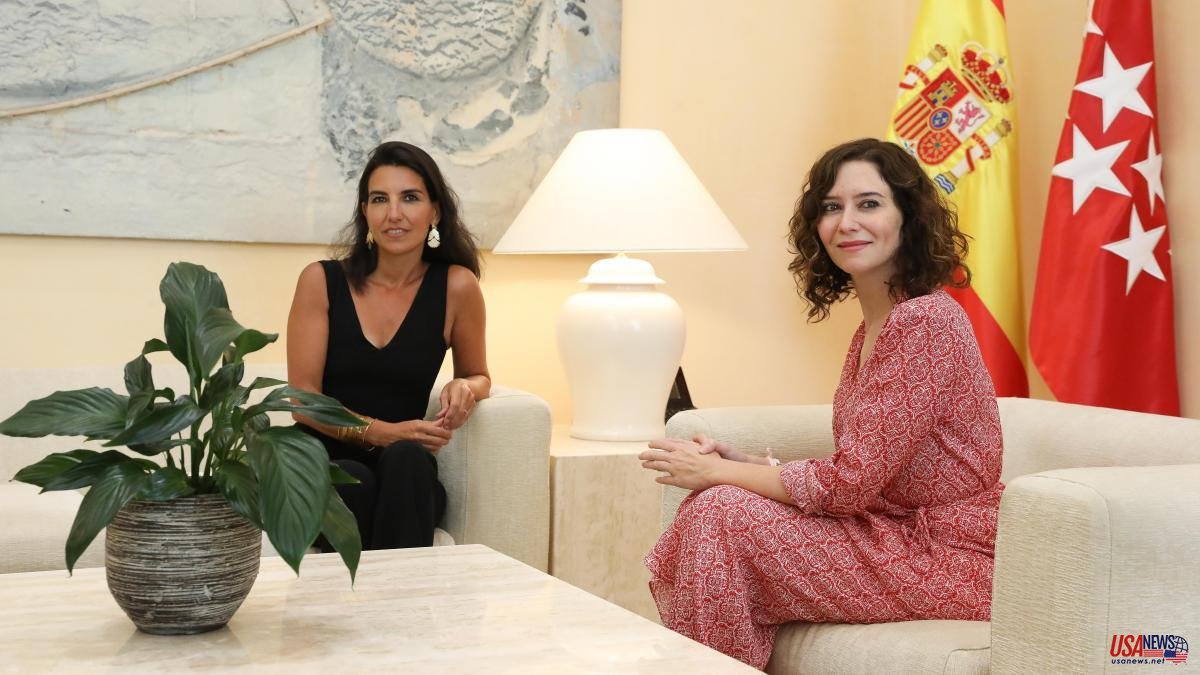 The de facto coalition that PP and Vox make up in the Community of Madrid has been going through a zone of turbulence in recent days due to the budget negotiation of the regional accounts for 2023.

The need for ultranationalists to set their own profile before the regional and municipal elections is delaying an agreement that Isabel Díaz Ayuso urgently needs to tie up to continue acting as a "counterweight" to the central government of PSOE and United We Can. And that is why the president of the Community of Madrid has appealed this Monday to "the sanity and good sense" of the formation led by Rocío Monasterio.

In statements to the media after participating in a forum organized by businessmen, Ayuso has confirmed that Vox has been delaying "two months" in sending its counterparties to accounts whose drafts were sent to him by the regional government in September. The Madrid leader, in fact, has not hidden her haste to move forward with the budgets "as soon as possible" because they have a budget increase in the items of all the ministries that she describes as "necessary to promote many new policies."

According to negotiating sources, the edges to be smoothed out between the two rights are concentrated around the Ministry of Economy and Finance. Monasterio already warned Ayuso of his demands in the last plenary session held in the Madrid Assembly last week when he left the Madrid president alone in defense of her health policies after the massive demonstration that 600,000 Madrid residents supported on the 13th in defense of public health.

The gauntlet, however, would have already been picked up by Sol's negotiating team by leaving the door open to improve investment in health for the 2023 budgets.

Between tug of war, the countdown has already begun since the Madrid Assembly will debate next Thursday the amendments to the entirety presented by the left to the budget project for whose parliamentary rejection Ayuso hopes to have the firm support of Vox.

"Madrid is an engine that cannot be stopped and that is why I appeal to the sanity of Vox to approve the accounts in the face of the difficult moment that Spain is experiencing," he emphasized.