Avalanche of summer concerts in Catalonia after two years of drought

With the heat, one of the attractions of the season arrives, the live music performances in the open air, in which Catalonia and, especially, Barcelona, ​​are a reference. 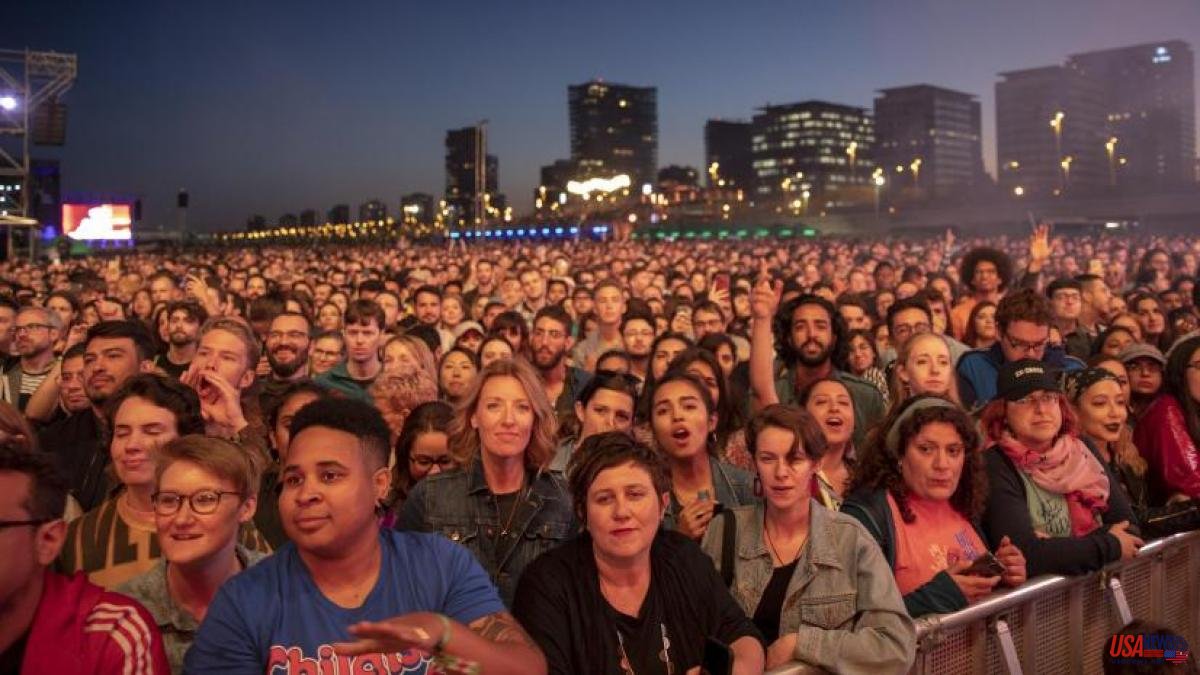 With the heat, one of the attractions of the season arrives, the live music performances in the open air, in which Catalonia and, especially, Barcelona, ​​are a reference. After two years of drought due to the pandemic, this beginning of summer is anticipated as the current temperature, intense.

This year's first macro-festival, Primavera Sound, has doubled dates and concerts and will coincide with performances in Barcelona by artists such as Dua Lipa, Red Hot Chili Peppers and Rauw Alejandro, on tour in Spain, at the start of a summer with an avalanche of live music.

"This year the canceled 2020 tours and the new ones are concentrated, and there is a certain saturation - the president of Live Nation, Robert Grima, has acknowledged to Efe - but the public is responding very well because there is a great desire for live music and go out".

"Next year will be even more powerful -Grima predicted-, since some bands, especially the North American ones, have postponed to 2023 because in January we still had a pandemic and they need to schedule with a lot of time".

"In any case, it will not be a problem if some North Americans do not come," the president of The Project, Tito Ramoneda, added to Efe. "There is a lot of supply this summer."

The first big festival of this intense season is Primavera Sound, which in this edition multiplies the number of days, concerts and spectators.

If before the pandemic it occupied four days at the Parc del Fòrum in Barcelona, ​​now there are twelve that include two weekends, the first and second of June, with more than 500 concerts.

With no time to catch your breath, Sónar arrives the following weekend, with The Chemical Brothers, The Blaze, Moderat, C.Tangana, Arca, Morad and Nathy Peluso, among many other artists and groups.

With so many consecutive days of festivals, it was impossible for any of them to coincide with the great tours that pass through Barcelona and, indeed, Patti Smith will be at the Pedralbes Gardens on June 16 and Marc Anthony at the Espanyol field on the 17th, both in the middle of Sónar .

Primavera Sound will also have top competitors: Dua Lipa and Pussy Riot will coincide with its welcome day, on June 1; Red Hot Chili Peppers will perform at the Olympic Stadium when the festival crosses its halfway point on June 7; and Rauw Alejandro and Juan Magán will be at the RCDE stadium in Cornellà when Primavera is at its peak, on day eleven.

They will also fill stadiums that same month in Barcelona Fito

"It will not be noticed that many Americans have postponed until next year because there is a very extensive offer" -assessed the president of The Project, who like the one of Live Nation believes that the fifth wave in December has been decisive in these postponements, but adds that the war in Ukraine has also had an influence.

"There are tours that weren't officially announced but that were unofficially known to be coming to Europe, like those of Bruce Springsteen and Bob Dylan, which ultimately weren't announced and others that have been cancelled, like Joe Satriani," he says.

"Nobody says clearly why it cancels and in many cases, especially those that were no longer announced, the determining element was that in January there were still restrictions, but in other cases it has probably been the war in Ukraine, which has led them to to suspend concerts in Moscow, Ukraine and nearby countries and it is no longer worth their while to come to Europe," he adds.

Actually, these absences will not be noticed because, after a month of June with concerts every day of the week, an equally crowded July will arrive, in which the supply of the capitals will be complemented by those of the summer areas.

Then come the Cruïlla, Rosalía at the Palau Sant Jordi, Iggy Pop, Iron Maiden and the festivals of the province of Girona, which last until August, such as Cap Roig, Castell de Peralada or Porta Ferrada.

"We have worked the agenda carefully, fine-tuning so that all the bands find their audience -explained Robert Grima-, but it is true that those in the middle of the table can suffer with so much offer".