Drama on the Dakar twice for Audi. 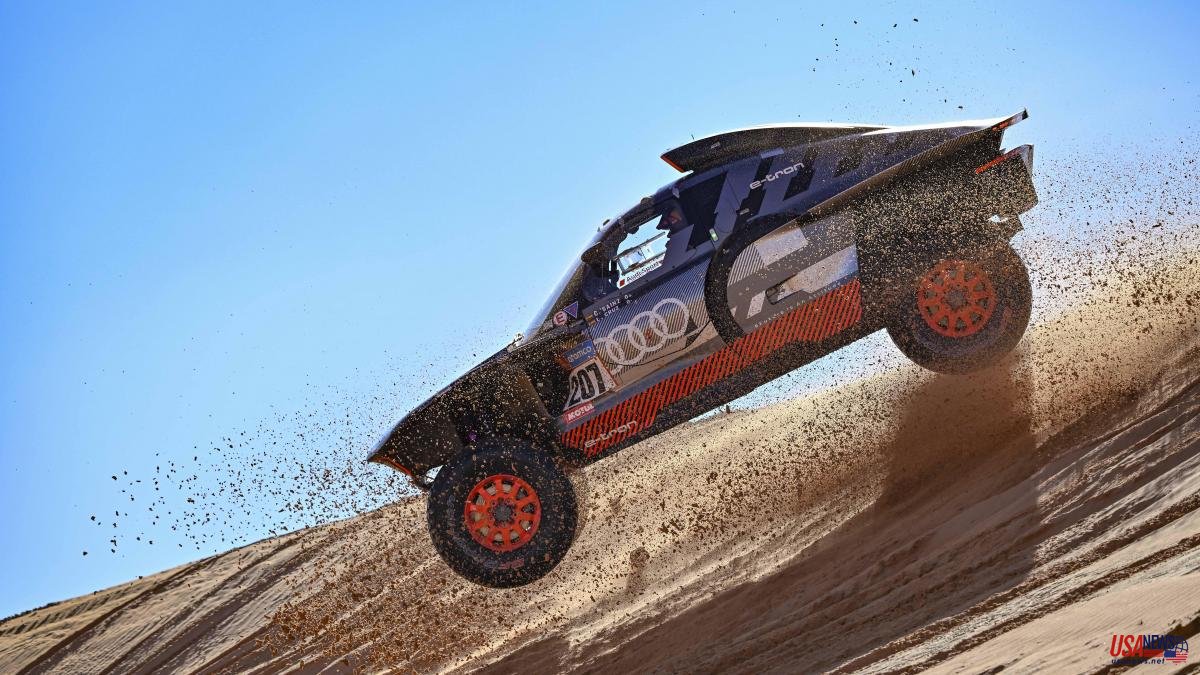 Drama on the Dakar twice for Audi. Its two best-placed drivers, Stéphane Peterhansel and Carlos Sainz, have said goodbye to their chances of winning the Dakar 2023. The Frenchman retired due to an accident that took his co-driver Edouard Boulanger to the hospital, while the Spaniard broke the front suspension from his car and had been detained for more than an hour. Nasser Al Attiyah won the stage and is left alone in search of his fifth Tuareg.

According to the information provided by the organization of the rally, the two Audi drivers suffered an accident at the same kilometer point 212 of stage 6, separately, although only a few meters away, as can be seen in an ASO video.

Until then, at the previous checkpoint (km 207), Peterhansel was the leader of the stage with 1m24s over Al Attiyah and Sainz was in third position, 3m01s behind the Frenchman.

In the Frenchman's accident, his co-driver Édourd Boulanger suffered a hard impact that caused him severe back pain, for which he was "evacuated by the Dakar medical team to the Buraydah hospital for a more exhaustive review", reports the ASO .

In the case of Carlos Sainz, his Audi RS Q e-tron would have suffered serious damage to the front suspension arms and batteries, for which they had been detained since 10:15 (Spanish time) waiting for assistance to repair the fault . Both the Madrid driver and his co-driver Lucas Cruz were unharmed.

The double accident of the Audi leaves only Nasser Al Attiyah in the lead, who after chasing Peterhansel throughout the stage took the lead at kilometer 236 with 4m22s over Sébastien Loeb.

In the end, the Qatari prevailed at the finish line in Riyadh -his third stage victory this year- with a 3m29 minute advantage over Sébastien Loeb, who could have come closest to him.

In the general, Al Attiyah leads even more solidly, since in addition to the two Audis, Yazeed Al Rajhi also dismounted due to a mechanical problem. So the Qatari has his immediate pursuer, the South African Lategan (Toyota) more than an hour away.