Sergei Gorenko, prosecutor general of the self-proclaimed Luhansk People's Republic (LPR), died in an explosion on Friday as the Kyiv army continues its counteroffensive in eastern and southern Ukraine. 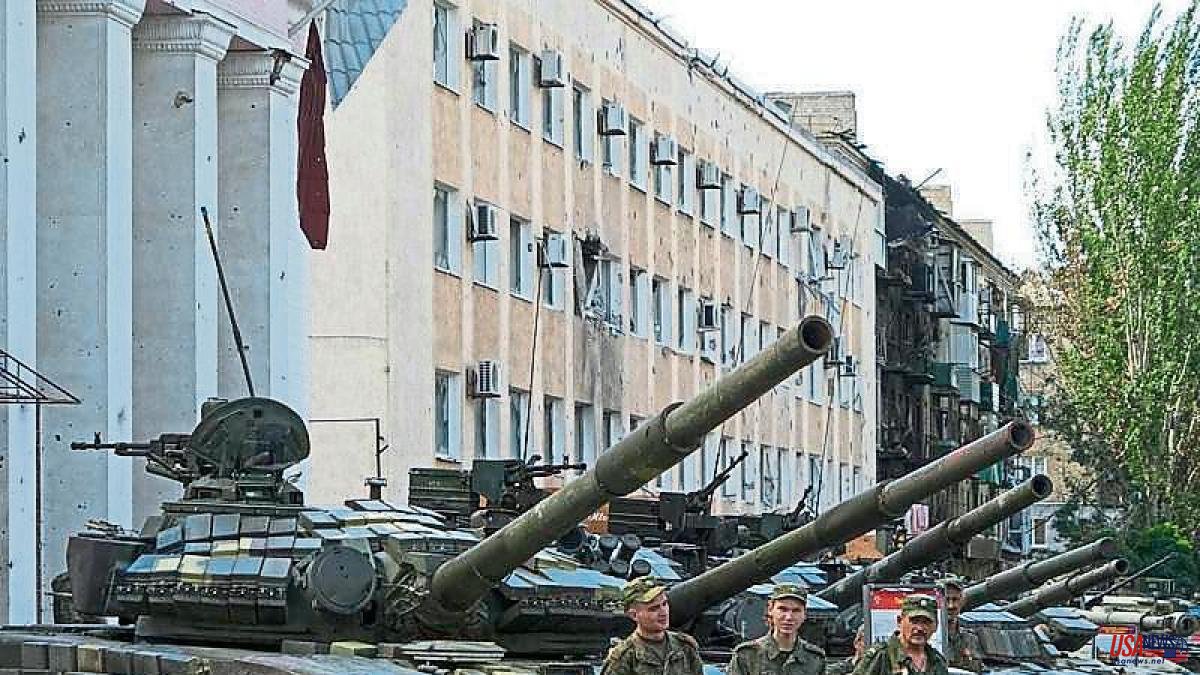 Sergei Gorenko, prosecutor general of the self-proclaimed Luhansk People's Republic (LPR), died in an explosion on Friday as the Kyiv army continues its counteroffensive in eastern and southern Ukraine. Along with Górenko, his assistant, Deputy Prosecutor Yekaterina Steglenko, also lost her life.

The Luhansk emergency services believe that the explosion was caused by a homemade explosive device that detonated in the same prosecutor's office.

Journalist Semyon Pegov assures on his popular Telegram channel WarGonzo that the explosion took place during a meeting in the administration of that separatist republic in the General Prosecutor's Office building. Luhansk, the capital of the region of the same name, under the control of pro-Russian separatists since 2014, is far from the front line.

The entire Luhansk region has been controlled since last July by Russian and pro-Russian troops, after capturing the cities of Severodonetsk and Lisichansk.

On Friday, the murder of two other pro-Russian officials in the Zaporizhia region, the husbands Oleg and Ludmila Boiko, was also known. Both were shot near his garage. Ludmila Boiko headed the electoral commission in Berdyansk to organize a referendum for the annexation of the occupied part of the region to Russia. Oleg Boiko was deputy mayor of that city. The head of the pro-Russian regional administration, Vladimir Rogov, blamed his death on Ukraine.

Similar attacks, far from the battle front, have occurred in recent months against pro-Russian officials from the already existing Donbass entities (Luhansk and Donetsk) or from the new territories under Russian control, especially in Kherson.

The authorities appointed by Moscow accuse Ukraine of most of these attacks, in what could be another way to fight against the Russian presence on its territory. The RPL assured after the death of Górenko and Steglenko that Ukraine, "under its current leadership", is a "terrorist state".

Ukraine has neither confirmed nor denied its involvement in many of these cases. But on Friday, Ukrainian presidential adviser Mikhailo Podolyak tweeted a message denying Ukraine's hand in the attack on Luhansk prosecutors. According to him, this attack “should be seen as confrontations of local organized criminal groups that could not share the looted property. Or like the purge of the Russian Federation of witnesses to war crimes.”

According to the wartranslated.com project, the number of attacks against pro-Russian officials in occupied Ukraine was 19 at the end of August.

The most striking of this type of attacks occurred at the end of August. On the 29th of that month, the 33-year-old former Ukrainian deputy Alexei Kovaliov (Oleksii Kovalov, in Ukrainian) was found dead at his home in Hola Prystan, in the province of Kherson. Next to him lay his girlfriend.

Before the Russian intervention in Ukraine, Kovalev was a deputy in the Kyiv Verkhovna Rada (the national parliament). He had been elected in 2019 on the lists of Servant of the People, the party of President Volodímir Zelenski.

However, when Russian troops took the Kherson region under their control, Kovalev changed sides and was appointed deputy head of the Moscow-created regional administration.

According to WarTranslated, eight other similar assassination attempts took place in August. Among them that of Kovalyov's boss, Vladimir Saldo. After his transfer to a Moscow hospital, the Russian Defense Ministry did not rule out that he had been poisoned with a nerve agent. He had not been seen in public for a month, until this month he posted a video explaining that he had been on the mend.

On August 6 another Jersón official, Vitali Gura, was shot outside his home.

Weeks later, Igor Teleguin, vice-responsible for domestic policy in the region, survived the explosion of a remote-controlled bomb as his vehicle passed.

Some observers believe the attacks could be a warning to those who collaborate with Russia. The Ukrainian authorities are investigating some 1,150 people across the country accused of treason for this reason. Other experts point out that in some cases the attacks could be related to business disputes.

In the Zaporizhia region, the mayor of Mikhailivka was killed by a car bomb explosion.

Yevgeny Yunakov, mayor of Velikiy Burluk, a small town in Kharkiv, died in the same way in July. And already this September, Artyom Bardin, who headed the military command in Berdyansk (Zaporiyia), was seriously injured.