Atrocious hoaxes in the electoral campaign of Brazil

There has been no shortage of hallucinatory prophets in the state of Bahia, in northeastern Brazil. 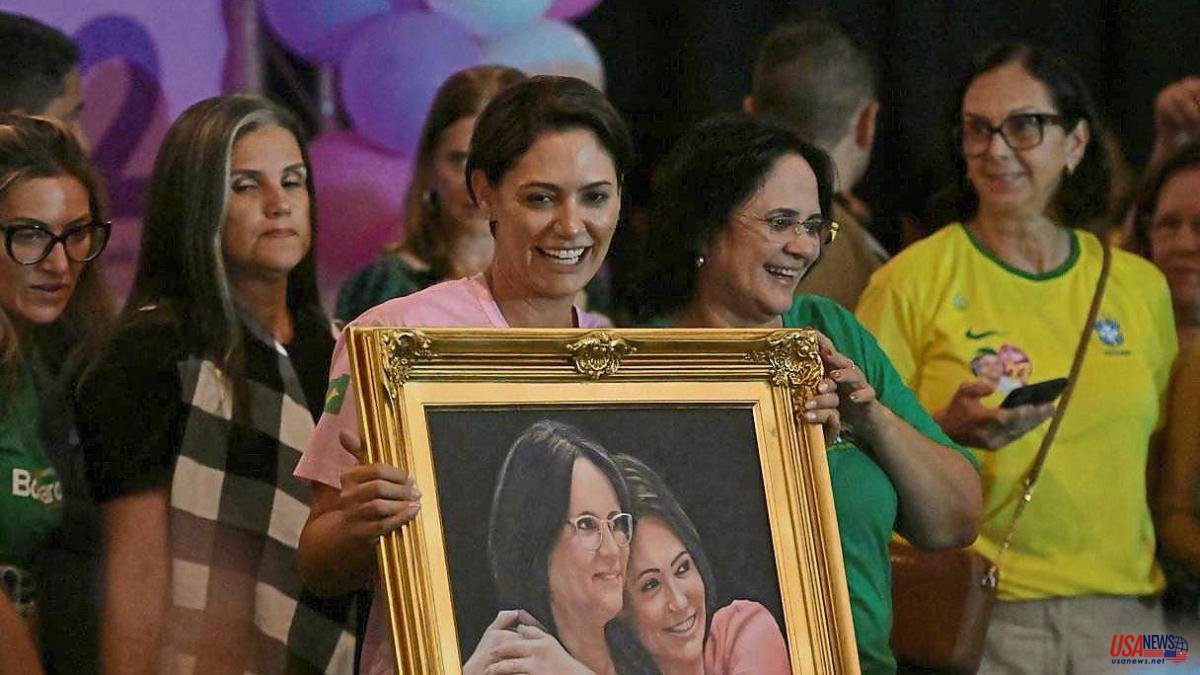 There has been no shortage of hallucinatory prophets in the state of Bahia, in northeastern Brazil. Antonio Consejero, after a pilgrimage through the arid lands of the sertão at the end of the 19th century, led an armed rebellion in Canudos against the separation of Church and State. But the arrival on Wednesday of the so-called caravan of evangelical women won over everyone for its biblical delusions and denunciations of the modern state. The caravan travels the country with the purpose of narrowing the advantage of Luiz Inácio Lula de Silva: 8 points among the national female electorate.

This last stop in Bahia, a fiefdom of the left, has the presence of the first lady, Michelle Bolsonaro, who once again portrayed Lula as "the leader of the shadows (...) with blood in his eyes."

Also in Bahia, dressed in a black habit, crucifix necklace and Orthodox cap, was the alleged priest, Father Delmon, in reality an impostor not recognized by his own church. Delmon, a long-standing far-right activist, is a pal of former congressman Roberto Jefferson, who threw grenades at the Rio de Janeiro police last Sunday in a failed attempt to spark a Bolsonarist uprising.

But the real prophet of the evangelical caravan is the new senator for Brasilia, and former minister of Bolsonaro, Damares Alves.

Alves – who explains her evangelical convictions by an alleged encounter with Christ in a guava tree – has been selected by the Bolsonarist hate cabinet to lead the campaign of arson hoaxes against Lula and the Workers Party.

His main qualification: an extraordinary ability to invent and then tell with passion, and apparent sincerity, almost pornographic stories against the supposed decadence of the secular State, infiltrated according to Alves by "cultural Marxism."

In the last of these discourses of biblical morality and soap opera morbidity, he denounced an alleged trafficking of children for sexual purposes from the island of Marajó, in the Brazilian Amazon, to Suriname. When Alves premiered the hoax, at the beginning of the caravan, he spared no gory details, such as, for example, that "the little teeth (of children) are pulled out so that they do not bite during oral sex."

The statements of Alves, born in the south of Brazil in 1964, were channeled through the Bolsonarist networks and linked to a supposed moral decadence of the PT governments. “Damares' account of the trafficked children is disturbing; there are still remnants of the PT in Brazil”, tweeted Flavio Bolsonaro, senator and son of the president.

But the federal police in the state of Pará, where the island of Marajó is located, announced the same day that there was no indication that this was true. “In 30 years, no complaint to the federal public ministry about child trafficking on the island of Marajó has mentioned the tortures cited by Damares,” he announced. Likewise, the National Secretariat of Justice in Brasilia denied yesterday that it had received a formal complaint from the former minister "on specific cases of trafficking, sexual exploitation or torture of children."

Damares Alves, former Minister of Women, Family and Human Rights, has said that she found out about the child abuse case “on the street, during a visit to the island of Marajó”.

There is endless disinformation and fanatical hoaxes in the Bolsonaro campaign. But this is especially serious, as explained by Marcio Meira, the former president of the Funai indigenous foundation. “It is a factoid, a conspiracy theory, and it creates a smoke screen to hide a true fact: rape of Yanomami girls by illegal miners in invaded indigenous territories,” Meira said in an interview with La Vanguardia in Belem, the neighboring city. to the island of Marajó

It refers to the thousands of so-called garimpeiros – illegal miners – who, encouraged by Bolsonaro and his Government, have invaded Munduruku, Kayapó and Yanomami indigenous communities in search of gold.

Alves – who adopted a Xingu indigenous woman in Mato Grosso without it being clear that there was consent from her relatives – “did not denounce these human rights violations despite the fact that it was the area of ​​competence of his ministry,” Meira explained. "He ignores a reality of abuse and violence against indigenous girls and then delivers a fanatical, false and cynical speech about this alleged child trafficking for which there is no evidence."