The last defeat against Bayer Leverkusen warned Atlético de Madrid that they were not as favorite or as dominant in their group as expected. 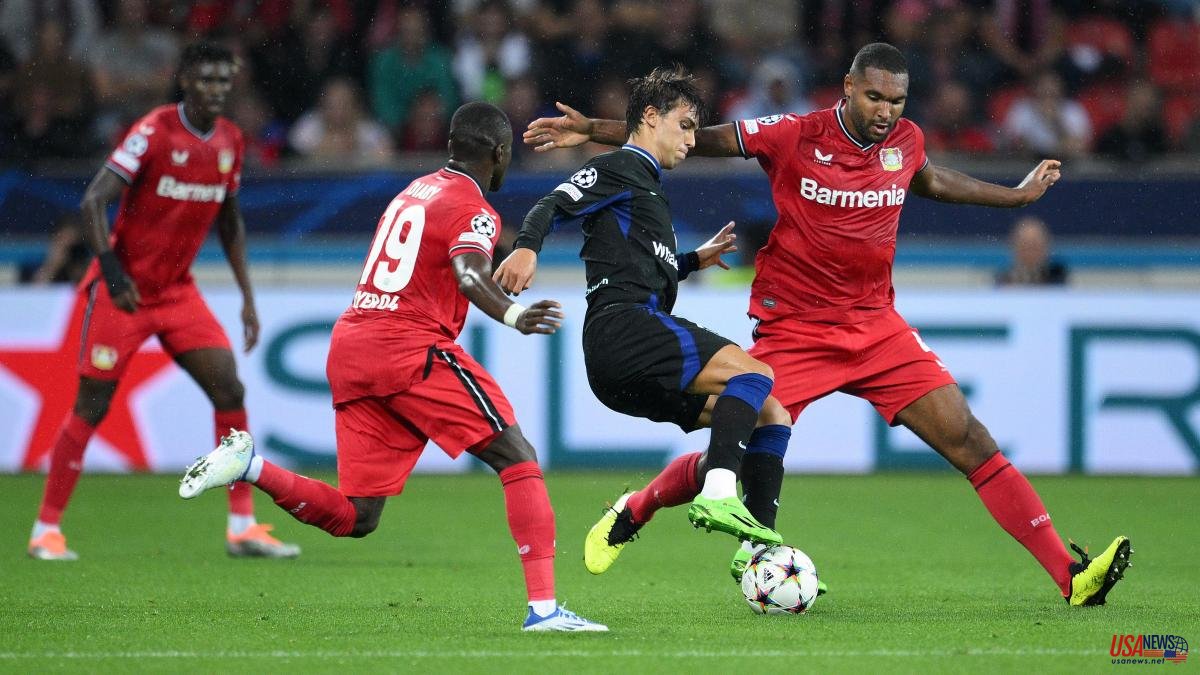 The last defeat against Bayer Leverkusen warned Atlético de Madrid that they were not as favorite or as dominant in their group as expected. Against Porto it was once again evident that qualifying for the round of 16 will be a titanic fight by achieving a necessary victory in added time. In his third duel, he travels to Bruges, to the Jan Breydel stadium, to compete with the leader of the group, against his scorer Ferran Jutglá and against that constant restlessness in which Simeone's team seems installed.

There will still be a lot - three days - beyond the confrontation on Tuesday, but the way in which Bruges has rebelled against the forecasts in the first two rounds of the competition, with two wins against Bayer Leverkusen (1-0 ) and, above all, Porto with a powerful 0-4, and the six points with which they lead the standings by Atlético's three multiply the obligations of Diego Simeone's group not only to be first.

In these circumstances, the defeat would be a difficult weight to bear for the second stage of the group, because there would be such a substantial difference -six points with nine to play- that they would transform the first position -even the classification- into a complex matter whose Margin for error would be minimal, with the pressure and vertigo that it always causes.

Not so the tie, without being a good result, and much less the victory, the only valid score in any game for the own demand and others to which Atlético is already subjected.

You also have to check what is the dimension of a reaction in Seville. Last Saturday, at the Ramón Sánchez-Pizjuán stadium, they won 0-2, recovered their defensive strength with the return of Stefan Savic and José María Giménez to the back line, had an unusual number of chances and imposed their superiority, but against a depressive rival, with which the question remains as to whether it was more a matter of self-improvement or the problems of others. Bruges will verify the reality.

Opposite, Brugge, sole leader of Group B of the Champions League, arrives after a 3-0 victory against Mechelen that keeps the Flemish in third place in the league championship, five points behind Antwerp, the leader.

The former Barcelona player was once again the sensation of the match, as has been happening at the beginning of the season in which Jutglà has accumulated 6 goals and 9 assists in the league, to which he adds another goal in "Champions" to open the scoring against Porto (0-4) and be crowned the best player in that match.

The Spanish striker celebrated that the start of the season with his new club is going "very well" and facing tomorrow's Champions League match against Atlético de Madrid, he appealed to maintain the level shown in the 0-4 against Porto .

"They have made everything very easy for me and when they make it that easy for you, well... I have given my best and, for the moment, everything is going very well," said Bruges' star signing.

"A quick adaptation or not depends on many factors. Before coming here I studied English to come prepared and to know a little of the language, because it was the fundamental thing. Later, I also prepared myself physically, to be aware that I was going to be here alone, away from home, which was another methodology because here in Belgium it is different", he explained.

"I had to mentalize myself and prepare for all that, be positive and venture that I would give my best and that they would help me, as the club has done, and everything has gone very well," summed up the Brugge forward, leader of his group in the Champions League group.