Atlético also joined FC Barcelona and Sevilla and was eliminated from the Champions League on this fifth day. 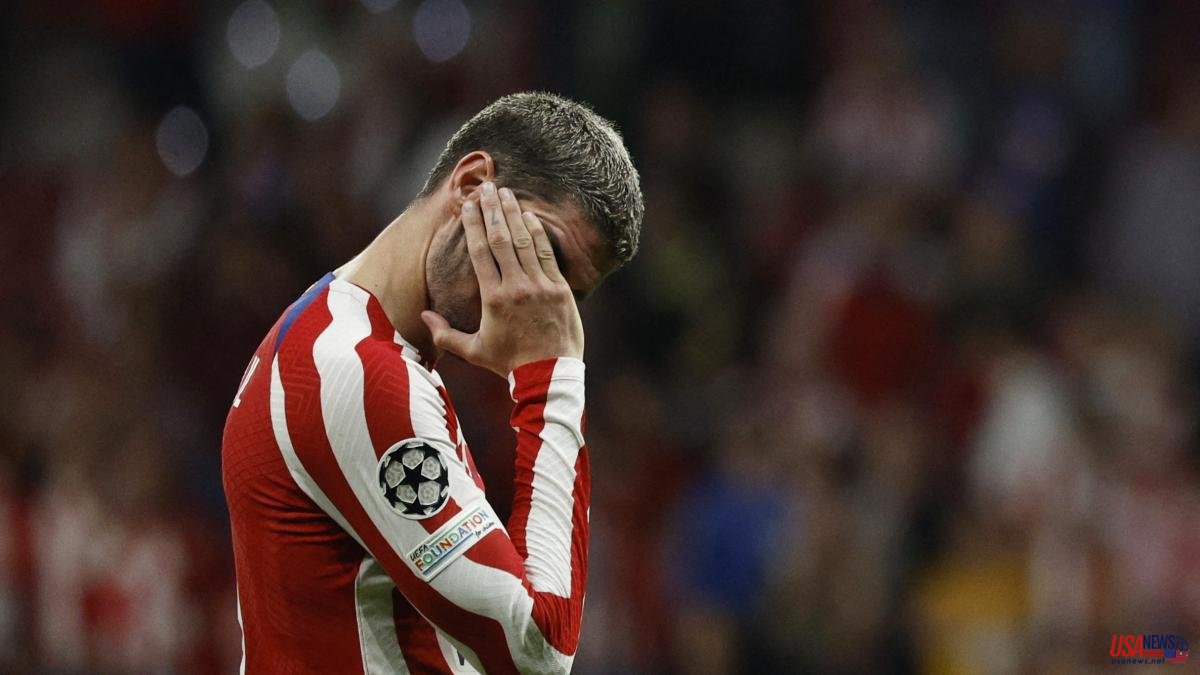 Atlético also joined FC Barcelona and Sevilla and was eliminated from the Champions League on this fifth day. The elimination of the mattresses was one of the most cruel and grotesque. With Porto's thrashing in Bruges (0-4) he needed to win to maintain his chances and go to Dragao for victory next week. The match against Leverkusen was completely out of control and with many opportunities. When Atlético already looked lost, with the score 2-2 and the game over, the French referee, Turpin, awarded a penalty for Hincapie's hand. A lot of trouble arose, with coaches and substitutes on the field, but the decision was upheld. Carrasco took the penalty, it was rejected by the goalkeeper and Saúl's subsequent header went to the crossbar. Then, Reinildo finished off and the ball tripped over Carrasco himself almost over the line and went over the goal. Triple failed chance. What happens to Atlético does not happen to anyone.

The mattresses will now go to Portugal but only to try to secure the third place that entitles them to the Europa League.

The night was a heart attack for Atlético. Simeone's men handle themselves well in close matches, with short results. His ideal is to score early and give up the ball, withdrawn in a low block to go on the counterattack.

And the whole plan fell apart very quickly. The Leverkusen. a team that is usually soft at the back but deadly on the counterattack, scored right away, after nine minutes, and forced Atlético into a disheveled game, a wild back-and-forth that turned the two goalkeepers into heroes.

The drama for Atlético was that very shortly after Carrasco leveled, at 22, Diaby's goal conceded a second goal, at 29, in a counter that Hudson Odoi defined with quality.

The colchoneros tied again as soon as the second half began, at 50 minutes, in a placed shot by Rodrigo De Paul, now definitively pardoned by Simeone. With 40 minutes to go, the result did not suit anyone, which caused general nerves and many inaccuracies.

The occasions followed. Atlético had more of the ball and played much more involved in the Leverkusen field, but Saúl and Griezmann ran into the German goalkeeper, Hradceky, again and again.

It's not like Atlético played calmly at the back either because Bayer didn't counterattack too much but when they did, their shots were much more dangerous than Atlético. Oblak was providential in a couple of stops.

In 87, in full desperation, Simeone removed a center back, Giménez, for João Félix, which gives an idea of ​​how little the young star counts.

In the addition, Atlético pulled epic. Oblak went on the attack like one more player. Then came the penalty and the possibility of a miracle took shape. But not by a miracle did Atlético stay in this Champions League.