Atlético de Madrid is still determined to lower the price of Antoine Griezmann's transfer, which they once agreed with Barcelona and which should be paid at the end of this season. 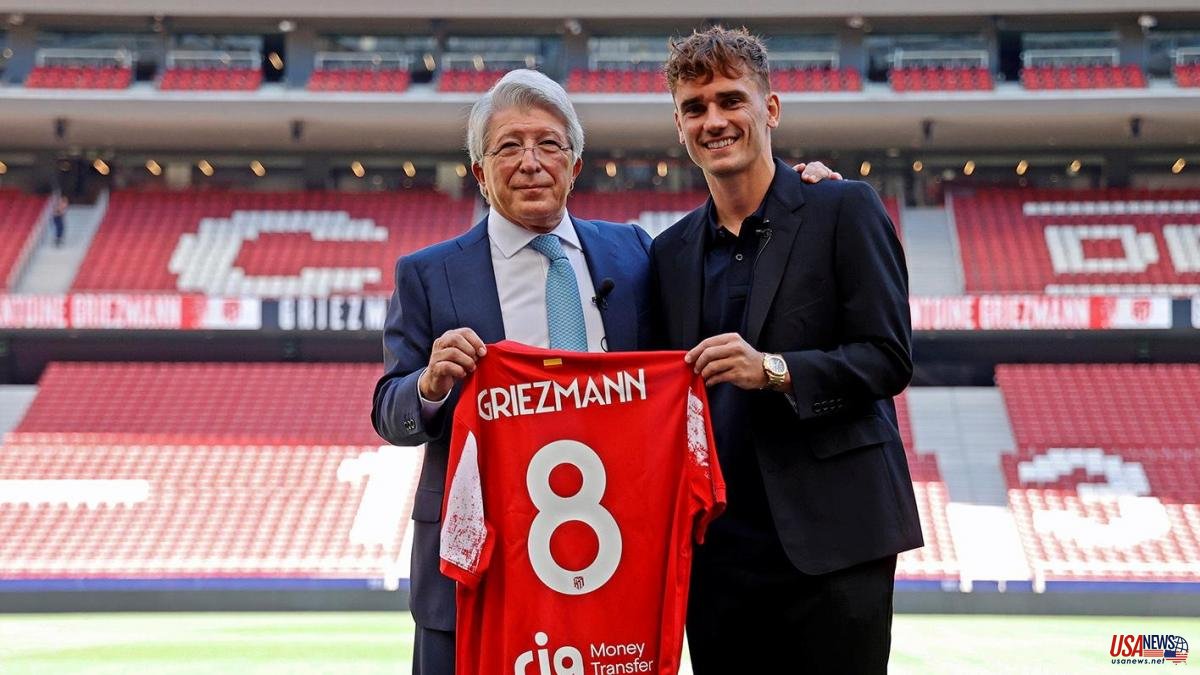 Atlético de Madrid is still determined to lower the price of Antoine Griezmann's transfer, which they once agreed with Barcelona and which should be paid at the end of this season. President Enrique Cerezo assured in the preview of the Champions League match against Club Bruges that "life goes on the same" as for the Frenchman, whose participation is limited to half an hour per game due to the pulse he maintains with Barça.

"Everything remains the same and we hope that he will play from minute 60", pointed out the top leader before adding that "in football there is always negotiation" when asked if there is already an open conversation in this regard with the Barça entity to reach an agreement, without providing further details.

Griezmann's transfer to Atlético for two years was closed at the end of the 2021 summer market, just a few minutes before closing. The operation contemplated a mandatory purchase option of 40 million euros subject to sports variables. In one of them is where both parties collide.

If Griezmann plays less than 50% of the games, Atlético is not obliged to pay anything. And if it exceeds that number of games, the rojiblanco club must pay Barça an amount that, with variables, would reach 40 million.

According to Atlético, for a match to count as played, Griezmann must be lined up as a starter or have played a minimum of 45 minutes, as long as he is available or called up and is not sanctioned or injured. If he does not play those specified 45 minutes, he would not count as a match played. This second season, in which he is playing less than in the first, he usually only plays 30 minutes.

Questioned about it, Diego Pablo Simeone limited himself to saying weeks ago that he is "a club man", insinuating that he follows instructions from above. Griezmann has started just once in the nine games of the season. In the other seven he has played from game time. He has three goals and one assist.

Beyond Griezmann, Cerezo spoke of other proper names of the red and white news. He considered "an issue of the club and the player" the controversy of last week around Rodrigo de Paul, who was absent from two training sessions with permission from the entity due to a serious family issue and an image of him appeared at an awards gala in Miami.

"It is an issue between him and us. And everything has been said," he answered the first question about De Paul. "It is a matter of him and us. What happens outside of here is of no interest to anyone, nothing more than him and us," he replied to the second question in that sense. "It's a matter of the club and the player. The rest is clear. Let everyone think what they want," she insisted for the third time on the matter.

He also defended that Atlético "has always believed" in Álvaro Morata, the best scorer for the rojiblanco team this season. "Proof of this is that he's with us," said Cerezo, who highlighted the "very complete team" that the club has for this season and highlighted the importance of tonight's Champions League match against Bruges: "There are to win and win, because if not we will be annoyed to advance to the second round".