Atlético – Celta: schedule and where to watch the Santander League match, on TV 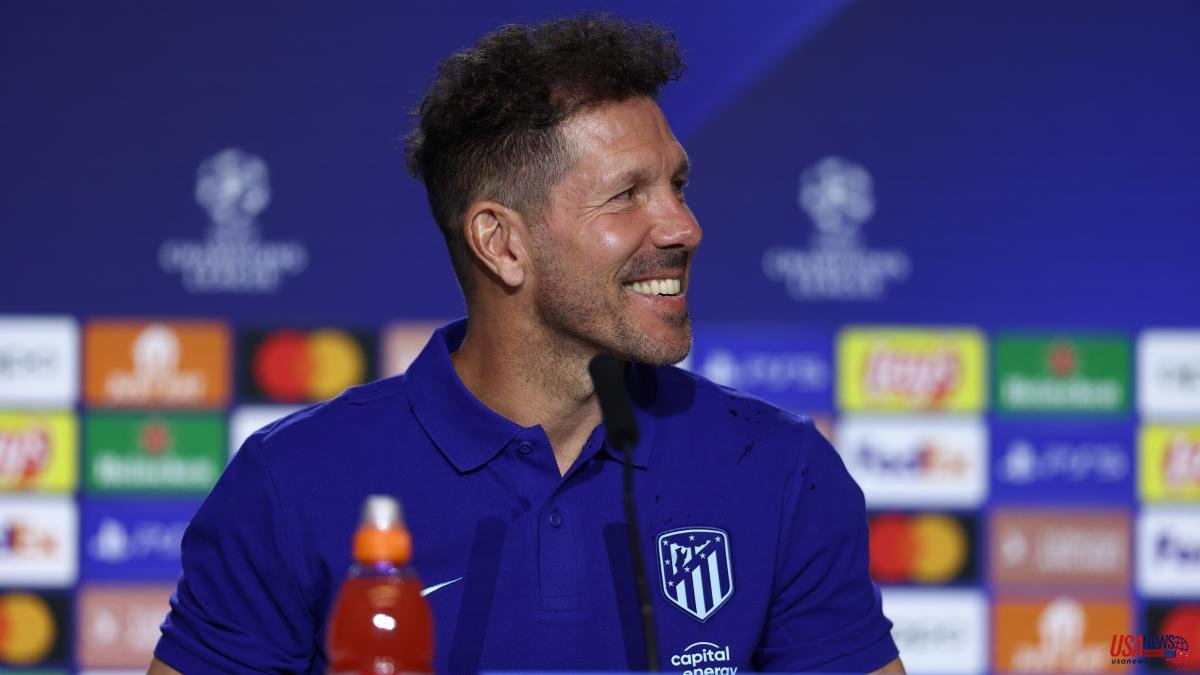 Atlético de Madrid receives Celta de Vigo at the Metropolitano. It will be within the framework of day 5 of the Santander League, a match that will start at 9:00 p.m. this Saturday. The duel against the Galician team will be the first of a marathon of matches that the mattress team must face, which during the week visits Leverkusen for the second day of the Champions League, before receiving Real Madrid next weekend.

"We are going to need everyone," Diego Simeone said this Friday about the sequence of three matches in one week for Atlético de Madrid, and endorsed that statement with his tests of an eleven with six new features: defenders Felipe Monteiro and Mario Hermoso, the midfielders Geoffrey Kondogbia, Rodrigo de Paul and Thomas Lemar and striker Ángel Correa.

Jan Oblak, who did not train with the group as a precaution, will start this Saturday, as he was last Wednesday against Porto despite the severe concussion suffered the previous Saturday against Real Sociedad. Apart from the goal, there would be rotations this Saturday for undisputed players in Simeone's scheme such as Reinildo Mandava, Koke Resurrección, Marcos Llorente and Joao Félix, who would leave the starting lineup, like Yannick Carrasco and José María Giménez, this The latter goes down against Celta due to severe back pain.

Atlético arrives after an agonizing victory in the Champions League, and five points behind the leader in LaLiga, conditioned by the limited participation due to economic criteria of Antoine Griezmann and an examination against Celta, Iago Aspas and Eduardo Coudet. To the rhythm of the imposing sky-blue scorer, author of five goals in the first four days, with at least one goal in each of them, the sky-blue team faces the event at the same level as Atlético, with seven out of twelve points, although a placed below the rojiblanco team, seventh, by a minimal scoring difference, and climbed on a streak of conviction and two consecutive wins without goals against: 0-1 against Girona and 3-0 against Cádiz.

Celta's best weapon will be an Aspas who has signed his best goalscoring start, in his attempt to convince Luis Enrique Martínez to give him a ticket to the World Cup in Qatar. The attacker is decisive at Celta and this Saturday he will lead his attack again at the Atlético stadium, where Coudet will start the Norwegian Larsen, who was decisive in unclogging the team in the second half of the match against Cádiz. His impact was tremendous despite having only one training session with the group.

That will be the only change introduced by the Argentine coach, who will not force the reappearance of Óscar Rodríguez, with a contracted biceps, nor will he give the young Gabri Veiga the title. The Peruvian Renato Tapia will remain as a defensive pivot behind Fran Beltrán and Carles Pérez will fall to the right wing.

The duel against Atlético is a demanding test for the sky-blue team. It will serve to measure his ambition at the start of a series of matches that will see him face Valencia, Betis, Barcelona and Real Sociedad consecutively. The European dream will go through performing in these meetings.

Atlético de Madrid receives Celta de Vigo this Saturday, September 10, at the Metropolitano, starting at 9:00 p.m. The match, corresponding to day 5 of the Santander League, if you can see through DAZN. In addition, La Vanguardia will offer live minute by minute highlights of the meeting.