The elections to preside over Athletic Club incorporate keys and intrigues far beyond sports, a cocktail that this time has led to elections with an uncertain result and in which fair play has not abounded. 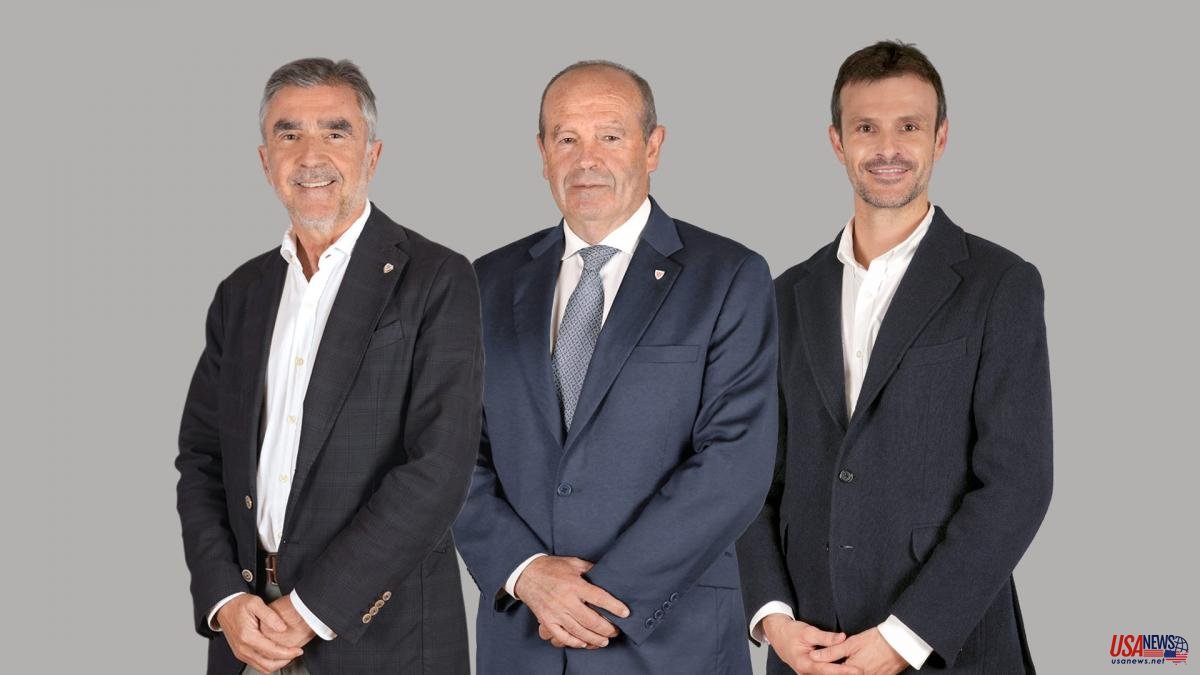 The elections to preside over Athletic Club incorporate keys and intrigues far beyond sports, a cocktail that this time has led to elections with an uncertain result and in which fair play has not abounded. The candidates in contention are three: Ricardo Barkala, Iñaki Arechabaleta and Jon Uriarte. The general feeling, however, is that two other proper names will have as much or more importance: Ernesto Valverde, the one chosen for the bench by Barkala and Uriarte; and Marcelo Bielsa, Arechabaleta's bet.

The first key that will decide the elections will be, therefore, of a sporting nature. The devotees of the Fool have a clear choice. Txingurri supporters, on the other hand, will have to decide between the calm change advocated by Barkala and the more innovative approach advocated by Uriarte. The latter, in addition, has denounced pressure and a campaign against him that has had as a turning point the decision to dispense with his chosen one for the sports management, Carlos Aviña, after, after his presentation, a series of tweets were leaked of a sexist and homophobic character from a decade ago. Wounded, but ready to fight, Uriarte has responded with "no one is going to stop us." It is another key that will have its weight in the polls.

The candidates, however, have not shown differences in positioning themselves on the first issue that interests and –in many cases– concerns the member: Do they intend to change Athletic's philosophy? The three have categorically defended their intention to maintain this singularity of the club as it appears written on its website, and which is summarized in the following terms: footballers born or educated in the Basque Country can play for Athletic, a traditional denomination that includes the current autonomous communities of Euskadi and Navarra, as well as the French Basque Country.

Clarified this point, come the differences. Ricardo Barkala, 67, from Portugalete, was the best-known candidate of the three. Although he is a captain in the Merchant Navy, since the early 1990s he has devoted himself to political activity, hand in hand with the PNV. Barkala has been a councilor and deputy mayor of the Bilbao City Council, deputy minister for Employment and Labor in the Basque Government and president of the Water Consortium, among other positions. For four years he has been the president of the port of Bilbao.

Barkala has tried to escape the sanbenito of the PNV candidate. He boasts of experience in the club (his vice-presidential candidate held that position with Josu Urrutia) and of defending a change without fanfare. “Change to remain the same”, he has said. In sports, there are two names for him: Valverde and, for the sports and quarry management, Ramon Planes, with a past at Espanyol or Barça. The president of the port of Bilbao, however, had initially approached Pochettino.

Iñaki Arechabaleta, a 63-year-old from Bilbao from the Deusto neighborhood, has entrusted his fate to Bielsa's ability to seduce, whom he fell in love with during his first season at the club, 10 years ago. Linked for almost three decades to leadership positions in the Vocento Group, Arechabaleta has fought the accusations of being the candidate of this communication group. He has shown a more ambitious point in terms of signings, although without giving names.

Jon Uriarte, finally, is the outsider of the electoral contest. He has just turned 44 and was known above all for having been the young entrepreneur who, with a friend, created Ticketbis and in 2016 sold it to eBay for 150 million. His successful professional career, however, has gone much further. This candidacy presumes independence and proposes a digital revolution in the club at the hands of Dídac Lee (ex-Barça). Aviña's fall from grace has been a blow to his project, something more than a setback that they intend to overcome with an unequivocal commitment to Valverde and his role as David against Goliath that overcomes all kinds of obstacles.