Ernesto Valverde will be presented this afternoon in San Mamés (6:00 p. 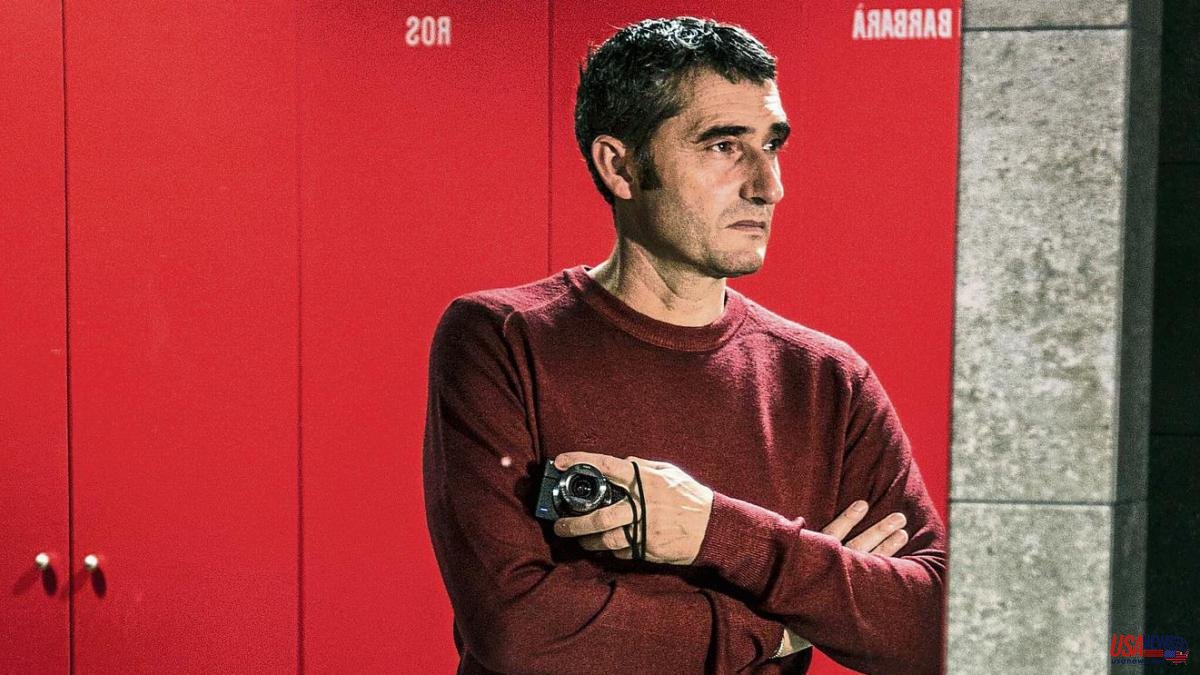 Ernesto Valverde will be presented this afternoon in San Mamés (6:00 p.m.) as the new coach of Athletic Club in what will be the first public act of the new president, Jon Uriarte, who has taken office this morning, as announced by the entity red and white

Valverde, the coach with the most games directed in the history of Athletic (306), faces his third stage on the rojiblanco bench as the head of the team.

The coach born in Viandar de la Vera (Cáceres, 02-09-1964) has achieved five European qualifications in the six seasons he directed Athletic, one of them for the Champions League, and broke a 31-year drought without titles with the one obtained in the 2015 Super Cup, lifted at the Camp Nou after a 5-1 aggregate win over FC Barcelona. He is also the coach who has managed the most games for Athletic in Europe (42).

"His successes endorse him", summarizes the Bilbao club the career of its new coach, without a doubt one of the best considered by the red and white fans in recent decades.

Valverde returns to the bench after his time at Barça (2017-2020), with which he won four titles: two Leagues, one Cup and one Super Cup.

The new rojiblanco coach wore the Athletic shirt as a player for six seasons between 1990 and 1996, in which he scored 50 goals.

He trained as a coach in Lezama, directing cadets for two years, one for youth and another for Bilbao Athletic, until he was promoted to the first team in the 2003-04 campaign. Valverde has achieved 140 victories as Atletico coach and has been, in addition to Super Cup champion, Cup runner-up and quarter-finalist in the Europa League (2015-16), in which he fell on penalties against Sevilla.

In addition to Athletic and Barcelona, ​​Valverde has directed RCD Espanyol, with whom he was proclaimed UEFA runner-up in 2006-07, Olympiacos (three league titles and two Cup titles between his two spells), Villarreal CF and Valencia CF.

Valverde is also the only coach who has trained Athletic in both fields, the old San Mamés and the current one, which opened with him on the local bench in 2013, in a league match against Celta.