The start of the hurricane season leaves at least four dead and five missing in Mexican territory this Tuesday after the onslaught of Cyclone Agatha, which before weakening has caused damage in the southern state of Oaxaca, one of the poorest areas of the country. 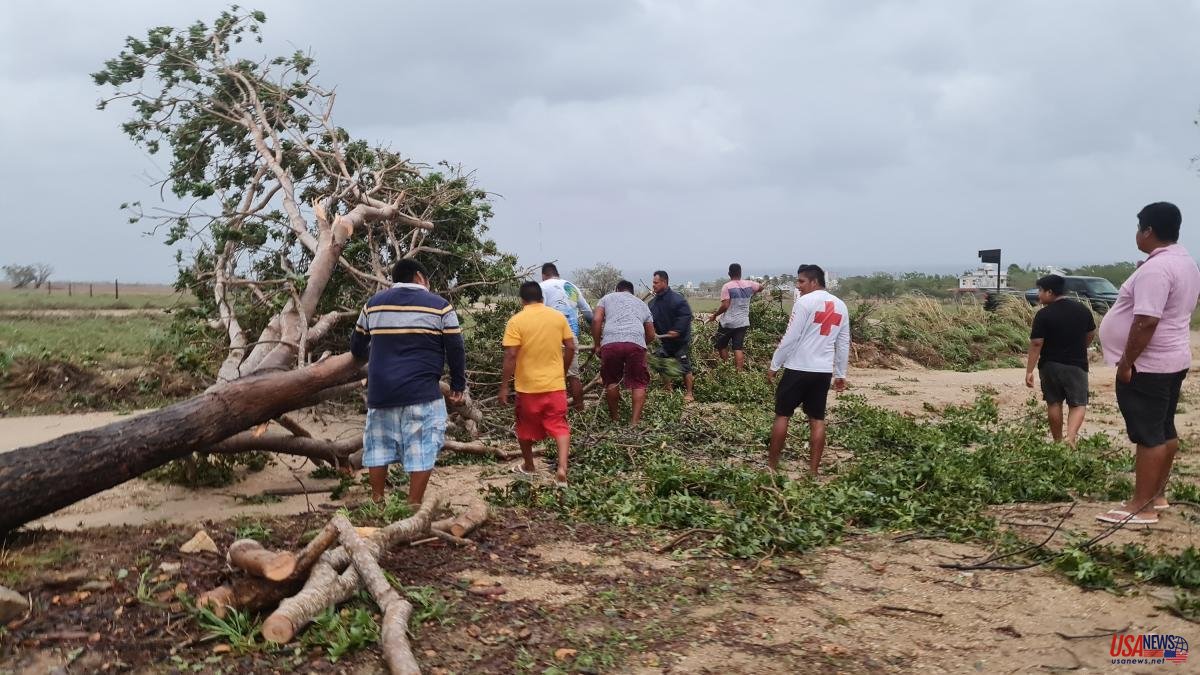 The start of the hurricane season leaves at least four dead and five missing in Mexican territory this Tuesday after the onslaught of Cyclone Agatha, which before weakening has caused damage in the southern state of Oaxaca, one of the poorest areas of the country.

Adelfo Regino, head of the National Institute of Indigenous Peoples (INPI), reported the death of two people in the Xanaguia community due to a landslide in the mountains, while the Oaxaca Civil Protection Coordination confirmed to local media the death of a woman in San Mateo Piñas.

These deaths are added to the discovery of the body of a man who was listed as missing in Huatulco, where the storm pushed him into a river.

"After the passage of Hurricane Agatha there is pain, desolation and serious damage, particularly in the Sierra Sur de Oaxaca," Regino, a native of the area, lamented on his official networks.

Cyclone Agatha, the first of the 2022 season in the Pacific Ocean, degraded this Tuesday to a remaining low pressure as it lost power as it passed through southern Mexico, as reported by the National Meteorological Service (SMN) in a notice, the last before the loss of strength of the phenomenon.

Although it weakened, the SMN warned that Agatha was still causing "intense and punctual torrential rains that could generate an increase in the levels of rivers and streams, landslides and floods in low-lying areas of Oaxaca, Chiapas, Veracruz, Tabasco, Campeche and Quintana Roo."

After the impact of the cyclone, the National Civil Protection Coordination (CNPC) issued an "Extraordinary Emergency Declaration" in six municipalities in the state of Oaxaca.

But the full count of the damage will take days due to the complexities of the area, characterized by remote communities, located in the mountains and with a high proportion of indigenous population.

"As the effects of Cyclone Agatha diminish, the institutions that provide support to the population began to implement coordinated strategies to deal with emergency situations caused by rains and winds," promised the National Water Commission ( With water).

Even President Andrés Manuel López Obrador had ruled out in the morning that there were major damages.

"I have information that fortunately the cyclone, hurricane, is losing strength, so far we have not had major damage. The entire federal government, the state governments, are participating," he explained in his morning press conference.

Agatha's arrival marks the beginning of an "active season", as the SMN foresaw.

In fact, the remnants of this cyclone may become the first tropical storm this year in the Atlantic, the United States National Hurricane Center (NHC) reported on Tuesday.

On May 17, the Mexican meteorological agency forecast the formation of up to 40 named tropical phenomena by 2022, of which at least five will impact the country, both in the Pacific and the Atlantic.