At least eight people were killed on Thursday in a Russian shelling of a bus stop in the Ukrainian city of Toretsk, in the eastern Donetsk region, which is under Kyiv control. 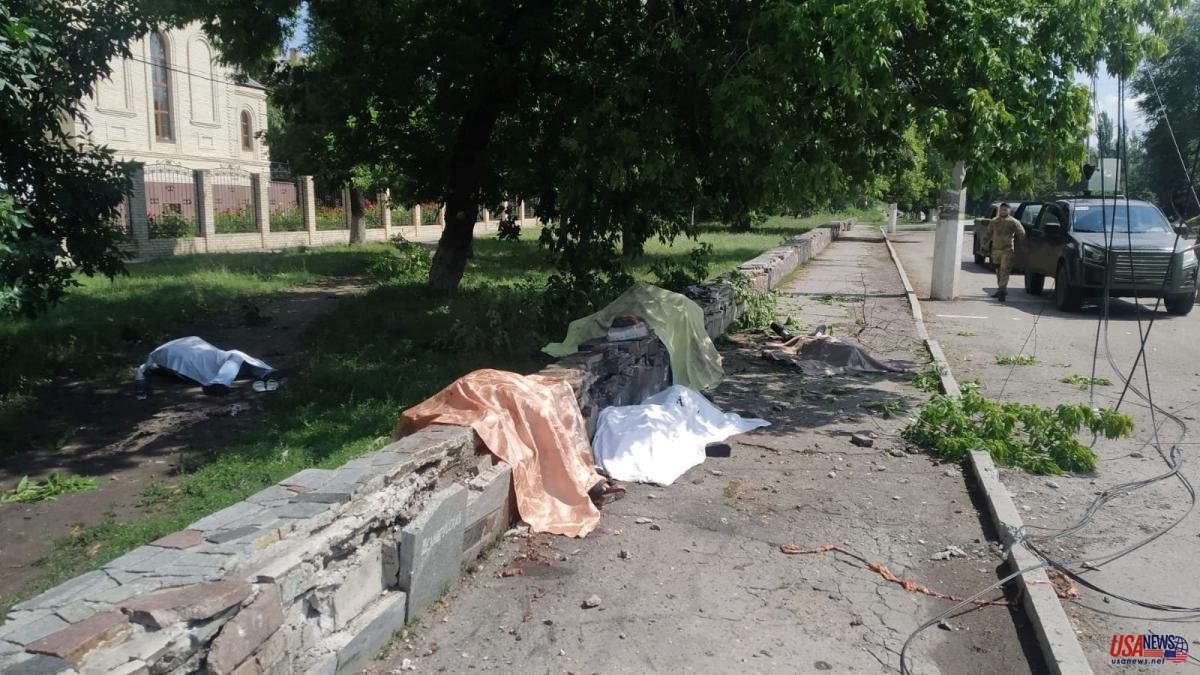 At least eight people were killed on Thursday in a Russian shelling of a bus stop in the Ukrainian city of Toretsk, in the eastern Donetsk region, which is under Kyiv control.

The attack has also caused four injuries, including three children, according to the head of the regional military administration, Pavlo Kyrylenko.

The attack took place this morning around 11:00 local time, and among the injured was also a priest from a nearby church, which was also damaged along with other nearby residential buildings.

The Donetsk regional authority had previously reported eight attacks in the towns of Bakhmut, Marinka and Shevchenko, in which three civilians were killed and five others injured.

The Ukrainian troops try to contain the Russian advance on this territory in the east and also in the south. In the north, in the Kharkov region, new missile attacks are taking place, as well as on the outskirts of the city of Zaporizhia.

In this last city is the largest nuclear plant in Europe, under the control of Russian troops since March, a situation that the International Atomic Energy Agency (IAEA), whose experts do not have access to the site, has repeatedly warned about.