At least 33 people have died as a result of the flames unleashed on Tuesday night in a karaoke in a province in southern Vietnam. 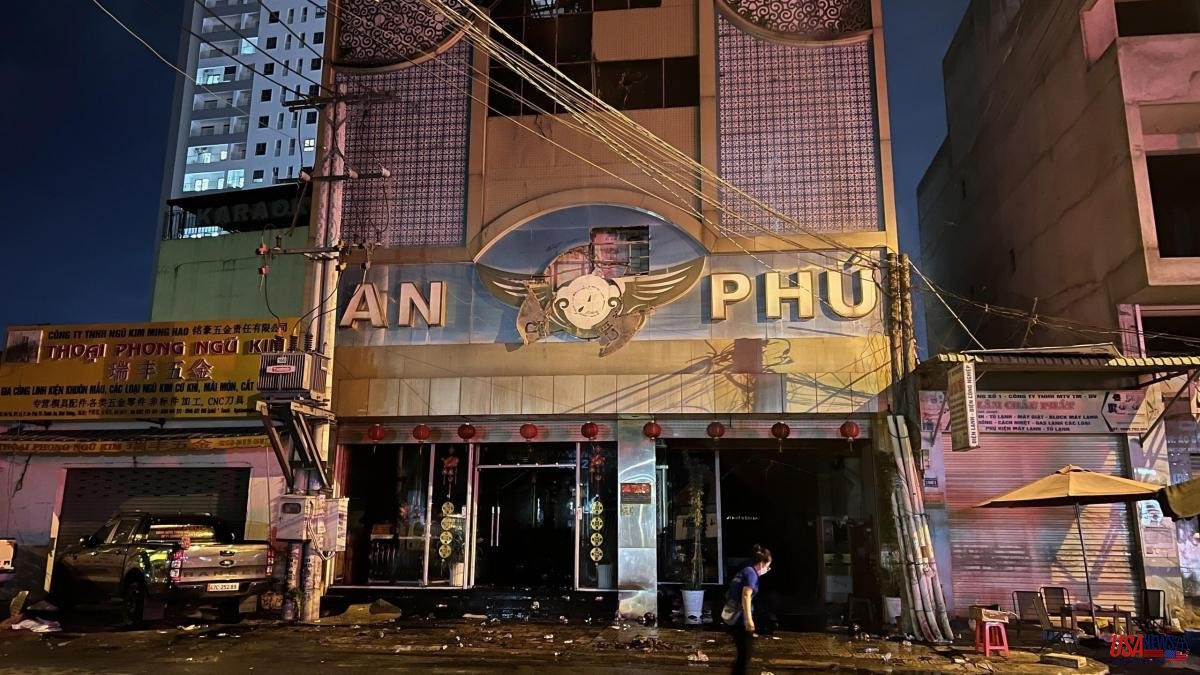 At least 33 people have died as a result of the flames unleashed on Tuesday night in a karaoke in a province in southern Vietnam. It is the deadliest among the series of fires registered in this type of premises in recent years in the country, which increases concern about its safety standards.

The fire started around 9:00 p.m. local time (14 GMT) at a three-story karaoke venue in the city of Thuan An, about 25 kilometers north of the country's economic capital, Ho Chi Minh City. It is believed that it could have started with an electrical short circuit in one of its 30 rooms, although the authorities have not yet confirmed the exact causes.

According to local media, the flames spread rapidly through the interior of the establishment, covered with wood and soundproofing material, and trapped some 70 people inside. Some tried to get to safety by jumping from balconies and windows at a height of more than 8 meters, which caused various fractures.

In a press conference held this Thursday, the Police pointed out that several of those present in the rooms of the premises ignored the initial calls of the personnel to evacuate and continued singing. "If the customers had left immediately after being warned, the damage could have been less serious," said Colonel Trinh Ngoc Quyen, according to the local media Vietnam News.

Among the victims are 17 men and 16 women, including a female who perished from injuries sustained after jumping into the street from one of the upper floors. For their part, firefighters said they found the remains of several people trapped in a bathroom on the third floor of the building, where it seems that they were trying to take refuge from the flames.

A resident of the area named Nguyen Sang told the VnExpress portal that when the fire trucks arrived, a receptionist told them that there were about 40 people inside. “Many ran out the front entrance, but others couldn't stand the heat and jumped off, breaking their hands and legs,” he said.

The country's president, Nguyen Xuan Phuc, offered his condolences to the families of the victims and called on government officials to support them and quickly establish the causes of the fire.

This latest tragedy is the deadliest recorded in recent years. In 2016, a similar fire at a karaoke bar in the capital, Hanoi, left 13 dead and forced a nationwide reassessment of prevention measures in bars and nightclubs. Even so, incidents have continued to be recorded, such as the one that left three firefighters dead last month when they tried to extinguish the flames in another Hanoi karaoke.