At least 31 people remain missing after a Thai Navy ship capsized last night as a result of a strong storm in the Gulf of Thailand, the Armed Forces reported Monday. 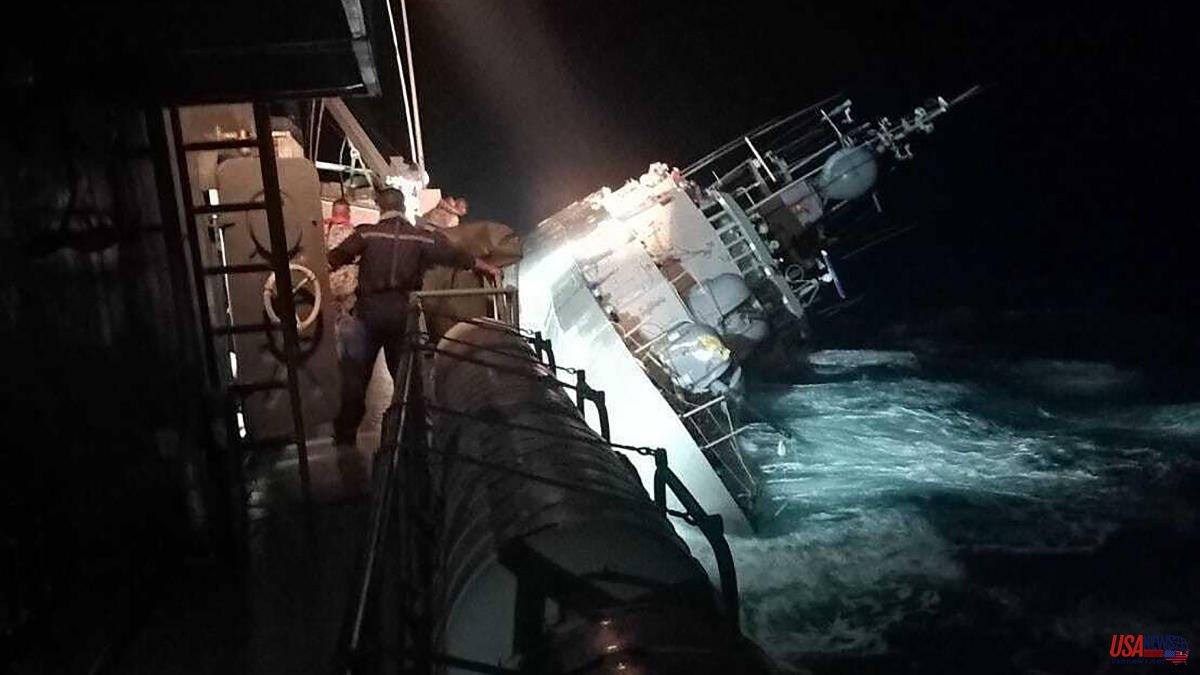 At least 31 people remain missing after a Thai Navy ship capsized last night as a result of a strong storm in the Gulf of Thailand, the Armed Forces reported Monday.

The Army has launched a search and rescue operation involving ships, planes and helicopters to try to locate part of the crew believed to be adrift in an emergency boat. The images released by the navy show the ship, completely tilted to one side, half engulfed by the waters.

The HTMS Sukhothai, a corvette ship, began sinking shortly before midnight on Sunday after suffering a series of engine problems when it was about 37 kilometers east of the coast of Prachuap Khiri Khan province, southwest from Bangkok. After the "high tide", the electrical system of the patrol corvette broke down to the point of causing the stoppage of the machines that ensured its operation, explained Admiral Pogkrong Montradpalin, a spokesman for the Royal Thai Navy.

The 106 crew members on board had to urgently leave the ship, of which 73 were rescued by another Navy ship, eleven of them had to be transferred to a hospital in Bang Saphan. "We are still looking for 31" crew members from the HTMS Sukhothai, the admiral said.

The Armed Forces published on social networks a video of the corvette sinking and photographs of the rescue of the crew, all dressed in life jackets and aboard an inflatable raft.

The capture shows the Sukhothai, built in the United States and in use since 1987, leaning to port among the strong waves, while another frame - taken with a night camera - shows the moment when the bow of the ship and a turret protrude above it. the waterline.

Several regions in southern Thailand have been hit by thunderstorms and heavy downpours in recent days, disrupting ferry traffic between the mainland and the resort island of Koh Samui on Sunday and Monday.