At least 11 dead in floods in central Italy

A storm of water, strong and unexpected in equal parts, has devastated central Italy this morning, where at least 11 people have died and two others, including a child, are missing. 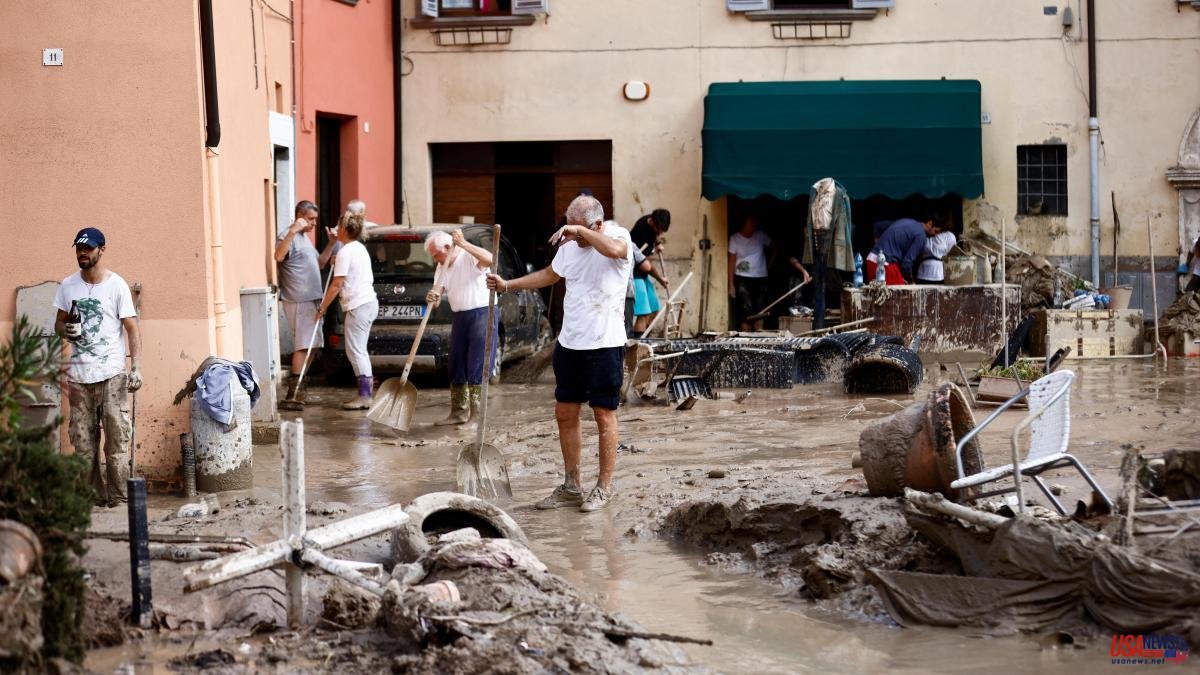 A storm of water, strong and unexpected in equal parts, has devastated central Italy this morning, where at least 11 people have died and two others, including a child, are missing. It is about an 8-year-old boy, who was traveling in the car with his mother, who is hospitalized, when the river flood reached them in the province of Senigallia, as well as that of a 56-year-old woman.

All the victims have been registered in the province of Ancona, in the Marche region, which has been the area most affected by the intense storm.

Meteorologists have attributed the deluge to the effects of a very hot summer, while warning of the possibility of intense waterspouts throughout the country during the next month.

"It has been a very violent phenomenon", during which 400 millimeters of water have been recorded in just over two hours, "which means a third of the rains that have fallen throughout the year", has indicated the person in charge of Civil Protection Italian, Fabrizio Curcio, who has traveled to the affected area to supervise rescue efforts and meet with local authorities.

About 200 firefighters and several helicopters have been working since last night in the affected areas, between the provinces of Ancona and Pesaro-Urbino, where they have been searching for the missing since the rains have stopped.

The force of the storm has caused numerous landslides, forming large torrents of water and mud that have devastated several towns, as can be seen in the images broadcast by Italian television about the storm, which has also been noted in the nearby regions. from Tuscany and Umbria.

In the Senigallia area, in Ancona, the bodies of four deceased have been recovered in a garage, as well as those of two other men, while another victim has been located inside his vehicle, which was swept away by the water, along with another individual who has managed to save himself by clinging to a tree.

The unexpected overflow of the Misa river has plunged the area into an "apocalyptic situation", according to the mayor of Castelleone di Suasa, the town where an 8-year-old boy is being searched for by the current, whose mother the firefighters have managed to rescue, after both left the car in which they had been trapped.

In a short time, the streets "have become rivers", said Luigi D'Angelo, Civil Protection emergency coordinator, who has assured that "the heat of these days, colliding with a cold air cell, has determined such violent phenomena".

According to the Meteo.it portal, it is a storm system born in the west of Sardinia that crossed the Tyrrhenian Sea, reinforcing itself and leaving as a result torrential downpours in the central Apennine mountain range and Attic floods in the Marches.

"These are the climatic changes that are taking place after the extremely hot summer of 2022, which will officially end tomorrow with the arrival of strong winds, bad weather and a general drop in temperatures. But as was seen this Thursday, the risk of summer showers , due to the accumulated heat, will be with us for the next few weeks," he explains on his website.

The director of Civil Protection insists that "we must prepare for a difficult winter" and that it is "necessary to get used to phenomena like this, since they will be more and more numerous".

Several mayors in the area have lamented that no one warned them of what was coming their way. Among them, the person in charge of Sassoferrato, also in Ancona and one of the most affected towns, assures that they only received a regular alert for wind and rain.

"Yesterday there was no weather alert, except for the wind, so we were not aware of this type of danger. Apparently it was something sudden," said the councilor, Massimo Olivetti, who explained that "the problem is that Senigallia It has a torrent and when it rains it becomes a threat to the whole city".

The tragedy has occurred in the middle of the campaign for the elections on the 25th, which has mobilized the solidarity of all political formations. For its part, the Democratic Party (PD), the highest progressive formation in the country, has canceled all electoral activities.