The unholy conjunction of heat – the Andalusian thermometer does not drop below 40 degrees on average – and the elements, as Felipe II said when he learned of the shipwreck of the Invincible Armada, have turned the 19-J war into a battle, above all, rhetoric. 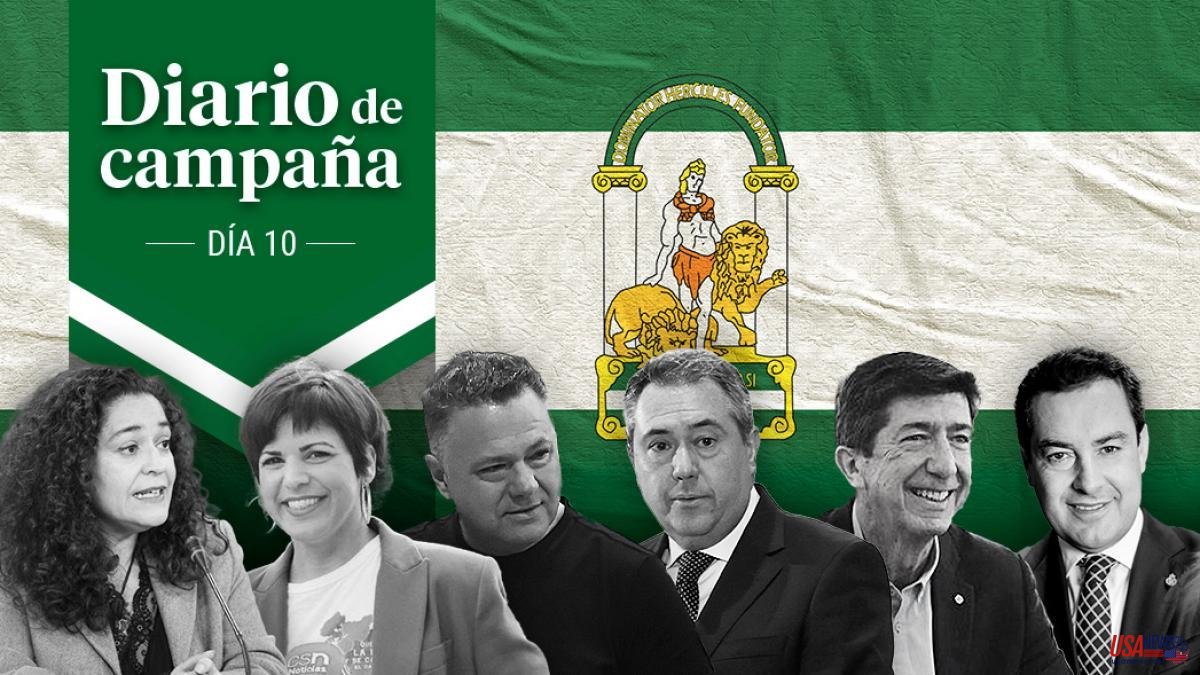 The unholy conjunction of heat – the Andalusian thermometer does not drop below 40 degrees on average – and the elements, as Felipe II said when he learned of the shipwreck of the Invincible Armada, have turned the 19-J war into a battle, above all, rhetoric. The candidates talk endlessly, but the listeners are on the wane, retired, or part of the family. Without audiences, the head of the list resort to language. The thing has its danger, because in the South, where without a doubt the best Spanish in the world is spoken, a word can mean one thing, the opposite and both at the same time, without failing to refer to a third, fourth or fifth thing.

Practical case: macarenazo. Vox legionnaires consider it an inspiring motto in the (sterile) belief that its meaning is only augmentative, but in the South it is an ambiguous term: a jardazo is "the blow of a body falling heavily to the ground". A macarenazo is like a June at forty degrees: outside Andalusia they call it good weather; in the South, no. Yesterday, the ultramontane received badly the ironies caused (on social networks) by the traffic accident – ​​unfortunately, with an injured person – of a van with Olona's face.

There were more setbacks: Feijóo, who yesterday sweated his stuff in Córdoba, Antequera and Málaga – sumptuous Leonarda. / pontifical flesh and white suit / exposed to trams and boats (Lorca) –, he was trapped in La Sagra (Toledo) for three hours on his way to Aleixandre's sea. The self-propulsion of Genoa was thus stopped in its tracks by a bump. This is precisely the Fisterre that Mr. Concordia (Moreno) fears. To conjure him up, he went to Alhaurín El Grande – his seu poble, not his nostre – where the Ronettes (his devoted admirers of him) sang Be my babe to him.

While waiting for the Grammy, the nice ladies saw him very thin and endorsed him a (whole) basket of oil buns with a green, white and purple flag, the colori of Malaga. The president responded emotionally: “My people, my house, my people. I don't scare anyone (when I smile)”. He thus wanted to convince the undecided, who are still legion.

Lady Patria (Olona) is already the bride of the hunters, who received her in Jaén (discovering herself) dressed in camouflage to hear from her lips a yes, I do. "The social-communist government is going to ban silvestrism in Andalusia." Pedro Sánchez and his waiter (from Espadas) gathered, thanks to subsidized buses, 3,500 people in Cártama. "I notice that they already know me on the street," said the PSOE candidate. It's a start. Too bad it's at the end.