Arsenal dreams of being invincible again

Invincibility is the greatest superpower of all. 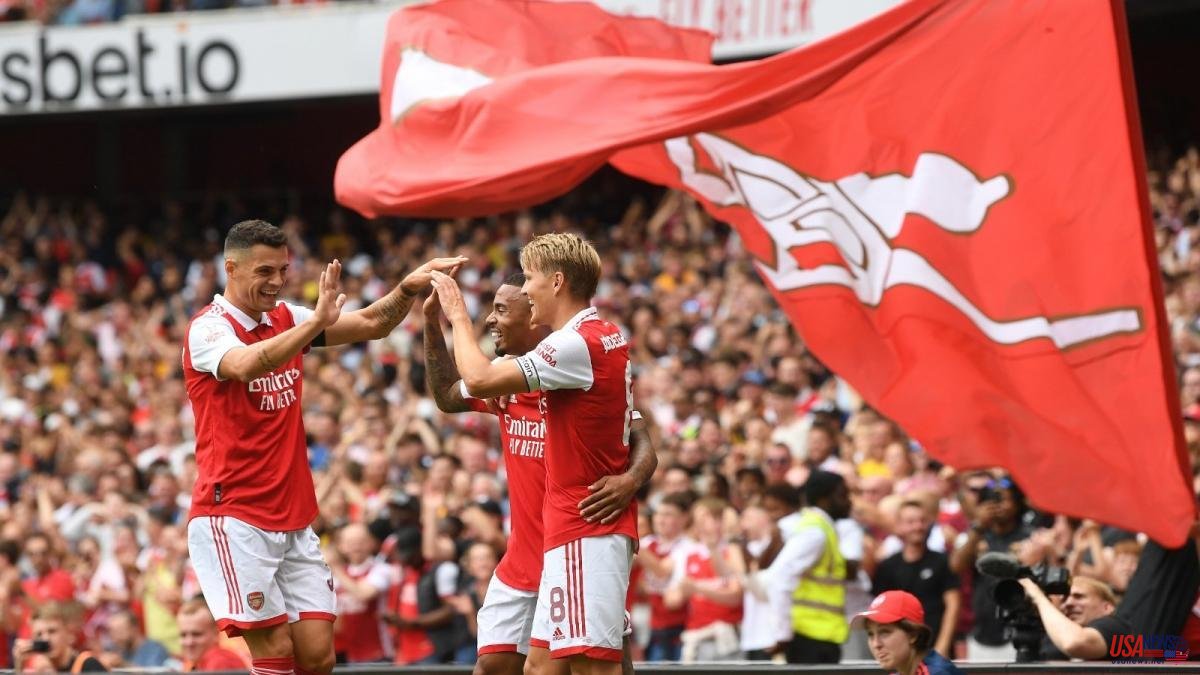 Invincibility is the greatest superpower of all. Being invincible is equivalent to being immortal, and immortality is one of the deepest human yearnings. It can also be applied to soccer. Being invincible inevitably brings glory. If no one can defeat you, you will most likely end up winning, lifting titles, making history, immortalizing yourself in the memories of an entire generation.

It is clear that achieving this status is almost impossible, but there was a club that achieved it: the Arsenal of "The Invincibles", directed by the methodical and revolutionary Arsène Wenger, in the 2003-04 season. After working the miracle, the Londoners lost their powers. Now Mikel Arteta is in charge of leading the most exciting project since the departure of the French coach.

He trained as a footballer alongside his friend Xabi Alonso at Antiguoko, shone at Everton and captained Wenger's own Arsenal. Once his boots were hung up, in 2016, he began his career on the bench as Pep Guardiola's assistant. What better way to start in the coaching guild than alongside the award-winning Catalan coach. The same year he retired, he became part of the Manchester City coaching staff, being The Philosopher's right-hand man and putting his still-fresh tactical knowledge at the disposal of one of the greatest thinkers in modern football. There he imbibed the fundamentals of positional play: short ball runs, versatile wingers, midfield triangles, wide wingers and mobile forwards.

After three and a half years under Guardiola's wing, Arteta left the nest with the lesson learned and took over the management of an Arsenal that, since Wenger's last years, was a shadow of that team that had England at its feet . Unai Emery had the audacity to take over from the Frenchman in 2018 and, although he led the Gunners to a Europa League final, the horrible start of the following season ended with him outside the Emirates Stadium in November and with the arrival of Arteta in December 2019, prior interim of Freddie Ljungberg.

The once successful and fearsome London club was then a parody of itself. They haven't been in the Champions League since 2017, but even then they were already a run-down team. Laurent Koscielny and Shkodran Mustafi were the centre-back pairing, Alex Oxlade-Chamberlain and Francis Coquelin were regulars in midfield and Alexis Sánchez, Olivier Giroud and Alex Iwobi weighed heavily throughout that season. The names of these players, of dubious quality for the team's aspirations, explain the situation in which the club found itself.

Arteta did not have an easy start in the Premier League, but triumphs in the FA Cup and Community Shield in 2020 wound up his clock. In addition, he has the extra confidence that being a recent figure at Arsenal gives him and his background as a disciple of Guardiola. Pep himself defended him and declared himself "a great admirer" of his former teammate after endorsing him 5-0 at the beginning of last season. The Basque chained two eighth places in his first two seasons in charge of the team and a series of bad results back in August and September 2021 (he was confronted by fans after a defeat against Chelsea) began to fill the patience of the club.

However, the dynamic was reversed and Arsenal went all the way with a chance of reaching the Champions League five years later. Although they collapsed at the end, losing against teams that had nothing to play for and being overtaken by Tottenham, the fans were left with the feeling that they have an exciting future ahead of them. This preseason served to confirm it. All their matches are counted by victories, including a 4-0 win over Chelsea and a 6-0 win over Sevilla.

On Friday, Arsenal will begin their journey in the Premier against Crystal Palace with renewed hopes and expectations, now, higher. Aaron Ramsdale became the undisputed goalkeeper and emerged as one of the most promising goalkeepers in England. In the center of the rear, Ben White and Gabriel Magalhaes make up a young couple that perfectly complements and adapts to Arteta's style. The midfield combines physical capacity and good handling of the ball with Thomas Partey and Granit Xhaka. And from three quarters up, the icing. Martin Odegaard, Gabriel Martinelli and, above all, Bukayo Saka gave Premier League fans reasons not to miss Arsenal's matches.

Now there is also Gabriel Jesus, who put the Emirates in his pocket with a hat-trick against Sevilla; and Oleksandr Zinchenko, Arteta's disciple in Manchester and wild card who can help the coach to solve many situations; in addition to William Saliba, who came out to gain experience at Olympique de Marseille and threatens to take away Gabriel's title in defense; and Fábio Vieira, a creative midfielder recently arrived from Porto and who points to a future pearl.

The Basque coach has at his disposal a squad that finally seems well covered in all positions and without obvious cracks. Last season he almost always started from a 4-2-3-1 scheme in which the preparation, the rhythm, the exchange of positions and the unpredictability in attack were his main premises. This year will have more mordant thanks to the presence of Gabriel Jesus at the top and has a bench of guarantees that can help the team not fall apart due to fatigue or injuries.

Mikel Arteta underwent surgery at the age of two for a complicated heart problem. The sport seemed banned, but the doctors could not limit the dream of a boy destined to succeed in the world of soccer. At 40, he wants to make a name for himself on the bench. Like his greatest teachers, Guardiola and Wenger, he is an obsessive student of the game. He has knowledge, maturity and responsibility too. "I don't ask people to love me, it's their choice. I will always try to be myself, with the values ​​I grew up with," he said in an interview with The Guardian. Be that as it may, Arteta's invincible heart will always be a gunner, and Arsenal also dreams of being invincible again one day.