Argentina won their third World Cup at the hands of a masterful Messi who participated in the three goals for the Albicelestes. 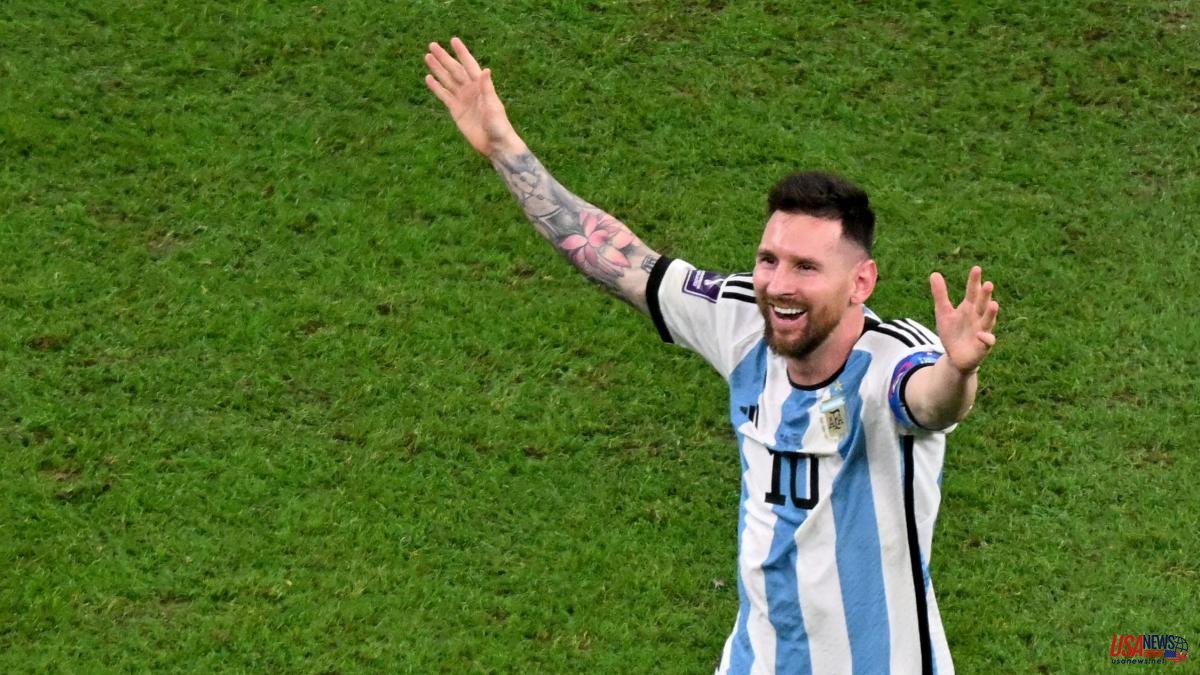 Argentina won their third World Cup at the hands of a masterful Messi who participated in the three goals for the Albicelestes. The victory, sealed on penalties, did justice to the merits accumulated during the match. No one will be able to argue anything with the Rosario genius anymore.

I drew Martínez /9/Basic. He guessed the intention in Mbappé's penalty for 2-1 but it did not come. He touched the Frenchman's shot at 2-2. He saved his team before extra time and before penalties. In the batch he stopped one.

Molina /7/Concentrate. He had Mbappé in front of him but while he played on his side he hardly attacked him. He wasn't always neat but, due to work, he was focused. Then the arrows came down on him.

Romero /7/Aerial. Forceful in the air and brave in the melee, both against Giroud and against Mbappé. Notable in the air game. He suffered when the French tide suddenly rose.

Otamendi /6/Reckless. Wrapped up well by the rest of the team he didn't have to run back... until he recklessly took a penalty on Kolo Muani. Before that action he had acted without mistakes.

Enzo Fernández /8/Notable. A footballer of stature and size, he played the double pivot with intelligence. He didn't get complicated with the ball and made the coverages with success. He earned a card and had a good chance.

From Paul /7/Squeezed. He lost fewer balls than other times and calmed down, continuing to put his legs at the service of the team. But he ended up very hollowed out and replaced. He volleyed.

Di María /9/Vital. It was a demon from the left flank. He caused Dembélé's penalty, made Koundé dizzy and scored the second with quality. The novelty in the eleven was unbalancing.

Mac Allister /8/SUV. A discovery in the tournament. He fanned out furiously and matched judiciously. He rehearsed the shot, arrived and gave Di María the 2-0 assist.

Messi /10/God. He participated in all three of Argentina's goals. He converted the penalty from 1-0, started the play of the second and pushed the 3-2. He lost the ball for 2-2 against Coman. In the batch, he was right.

Julián Álvarez /8/Zapador. In each help, a foot, a hand or the body. In each pressure, a titan. Priceless stewardship work. The first to defend from the tip. He even had his chances with the soul.

Montiel/6/Finalist. He made the penalty 3-3. He scored the last in the batch.

Walls/7/Oxygenator. Gave energy. In the batch, she was right.

Dyvala /5./Appeal. He scored his penalty.

Lionel Scaloni /8/Director. He only made one change in regulation time. In that sense too contemplative, but then he reacted. The man who calmed Argentinean anxiety.