Araújo enters Barça's squad for the derby against Espanyol

With the permission of Robert Lewandowski, Ronald Araújo is the main novelty in Barça's squad for the derby against Espanyol. 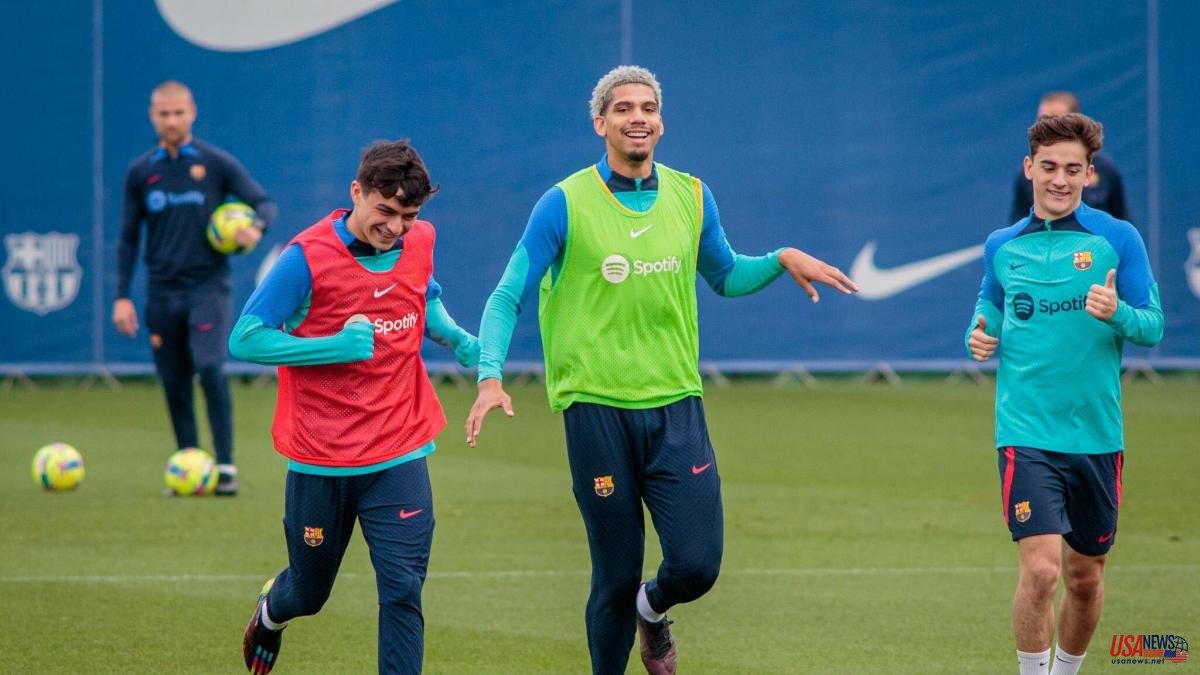 With the permission of Robert Lewandowski, Ronald Araújo is the main novelty in Barça's squad for the derby against Espanyol. The Uruguayan central defender has been included in Xavi Hernández's first list after the World Cup break, having already recovered from the avulsion of the adductor longus tendon of the right thigh from which he underwent surgery three months ago.

The league game against Elche at the Camp Nou on September 17 was the last that Araújo played in the Barça shirt. Later he was injured with Uruguay and could no longer participate in the rest of the games before Qatar, where he went with the rest of the Uruguayan expedition and trained under the tutelage of a Blaugrana physical trainer. He didn't get to play because his team didn't make it past the group stage.

"With Araujo we had the rehabilitators with Uruguay, there was communication, it's a long injury and it needs rhythm. We have to be careful, we have to slow him down a bit," said the Catalan coach at the press conference prior to the Barcelona derby corresponding to the fifteenth day of the league.

Lewandowski enters the list after the Central Contentious Court of Madrid has provisionally suspended the three-match ban he received after his expulsion against Osasuna. The entire first team of Barça is available. Also Eric Garcia despite the fact that training ended earlier this Friday due to some discomfort.