Araújo, an almost brand new center back for Xavi 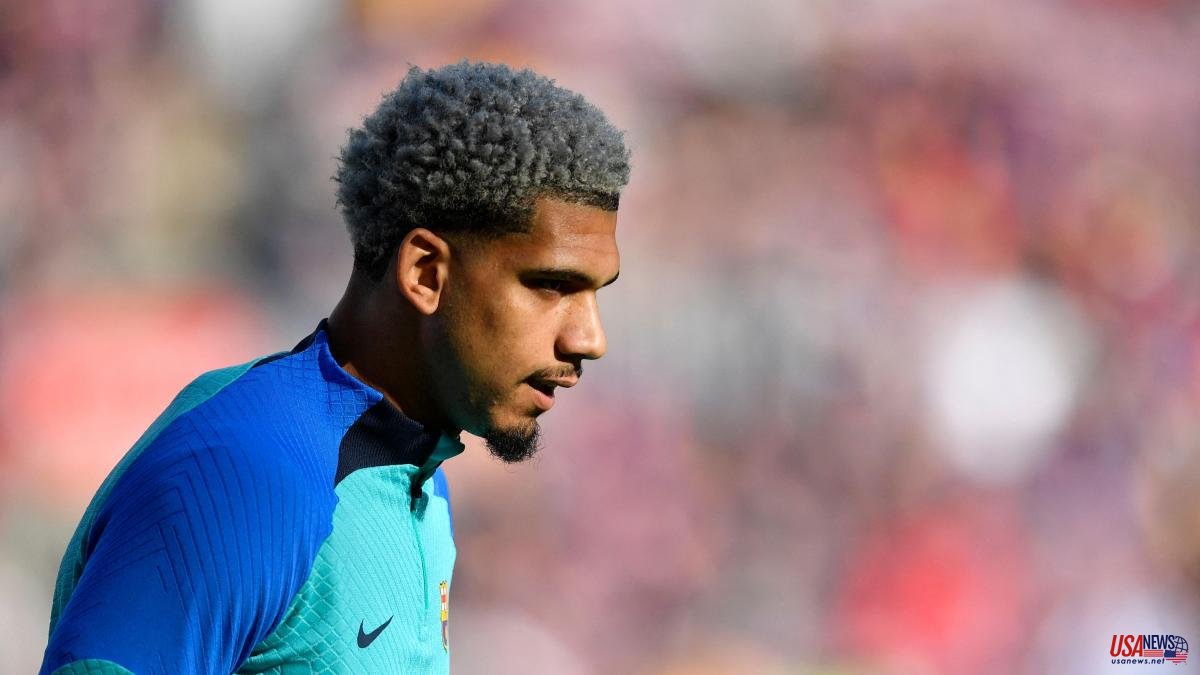 Araújo and ten more. That is the Barcelona team that will take to the field tonight at Rico Pérez in Alicante. Xavi does not like to give clues about the alignment. He doesn't usually do it. But the occasion he deserved it. The joy of having the Uruguayan defender available again made the Barça coach skip one of his rules. Araujo is back.

Three and a half months have passed. They have passed a classic and a derby. He has lost 14 games. The year has changed. Even Piqué has withdrawn. And a World Cup has been played in the middle.

The Uruguayan's last game with Barça was on September 17. He then left with his country's team for Switzerland to play a friendly against Iran. He barely lasted five minutes on the pitch. It was a serious injury.

Barcelona lost their best marker at the worst moment –Koundé and Christensen also fell–, just when the future was at stake in the Champions League. The charrúa could not be neither in the double duel against the Inter neither in the Barça-Bayern. The blaugrana only added one point in those three matches and for the second year in a row they found themselves doomed to the Europa League.

While Araújo was healthy, Barça kept a clean sheet in five of the seven games they played. Xavi, who has only been able to enjoy it for a month this season after the past was the most used central defender, has a brand new defender. In his absence, Marcos Alonso has had to reconvert to play in several games in the backbone.

"Ronald is at 100% and will play from the beginning", announced the Barça coach to great fanfare, happy to be able to count on a player of his characteristics again: powerful and intense. In a team with good taste for the ball, the passion and energy of players like Araújo and Gavi, among others, is noticeable. “Aráujo will help us with his leadership. He has a lot of soul, he is a warrior and he is aggressive and we need that. I think he suits us well ”, analyzed the Barcelona coach.

Gone is the initial disappointment to see that the chances of defending Uruguay in the World Cup vanished. On September 28, following the advice of the club and doctor Pruna, the player underwent surgery in Finland for an avulsion of the adductor longus tendon of the right thigh and that's when the count began behind him. He started the recovery and, between eyebrows, speed up his options to reach Qatar. The coach Diego Alonso included him in the shortlist and on November 11 his name was in the final call for 26 players.

Accompanied by a Barça physiotherapist, he joined the Uruguayan team with the intention of making friends and evaluating his physical condition, although the club did not get the Uruguayan Federation to sign a document that the defender would not play for a minute. On December 2, the celestials were eliminated and there was no time for the controversy or another Umtiti case to take place. Despite his desire, it was too soon and Araújo returned to Barcelona without being able to help his compatriots but he lived the World Cup experience up close.

On Friday he received a medical discharge. "He needs a competition rhythm," Xavi pointed out on Friday. The technician knows of the anxiety to return after an injury and after going through the operating room. In the 2005-06 season, Xavi was away from the pitch for five months after tearing the anterior cruciate ligament in his right knee.

109 days later he will reappear in the Cup as a starter. The Rico Pérez stadium, the scene of the match, is not strange to Araújo, who played there against Hércules in December 2018 with Barça B. He had recently arrived at the Boston River club. Now, at 23 years old and renewed until 2026, he is number 4 in the first team and a brand-new center.