The Government of the Generalitat, with President Pere Aragonès at the helm, will hold an extraordinary meeting of the Executive Council next week to address the situation of Catalan in a monographic manner. 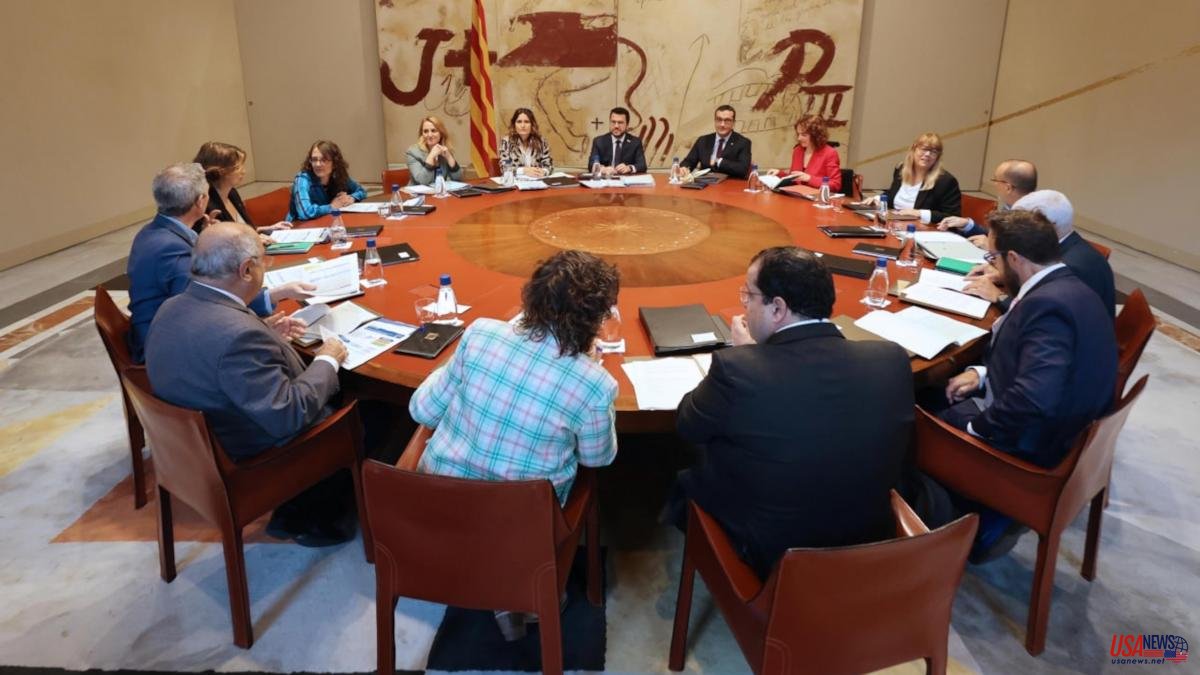 The Government of the Generalitat, with President Pere Aragonès at the helm, will hold an extraordinary meeting of the Executive Council next week to address the situation of Catalan in a monographic manner. That meeting, according to the newspaper Ara, will take place outside Palau outside the ordinary meeting that is called every Tuesday.

For its part, Junts per Catalunya has requested that a monographic plenary session be convened in the Parliament to deal with this matter, a request that it had already submitted at the beginning of the legislature.

Several departments of the Catalan Executive plan to take measures to promote the use of Catalan in their field of action at the meeting. A task that had already been done, for example, in the Department of Justice when it was headed by Loures Ciuró this last year and that had been entrusted to all the councilors of Junts per Catalunya.

This legislature, the question of Catalan has been a major player due to the sentence that sets 25% of classes in Spanish and the pact of various formations to try to get around it together with the decree approved by the Executive of Aragonès. The Constitutional Court will have the last word. This matter has also been present in the bilateral relations between the Generalitat and the Government, and the possibility of it being an official language in the European Union has been raised.

Junts denounced this Tuesday that the Minister of Education, Josep Gonzàlez-Cambray, said at the beginning of the legislature that the 25% sentence would not be applied in any Catalan school, but yesterday in committee he revealed that it is being applied in 26 schools. The formation takes this issue to the plenary session this week in a motion.