Aragonès: "We feel like continuing the work started by Francesc Macià"

The president of the Generalitat, Pere Aragonès, has assured this Sunday that the Spanish Monarchy "is not an example of rectitude or integrity", after the speech of King Felipe VI on Christmas Eve, in which he said that the institutions must be an example of integrity . 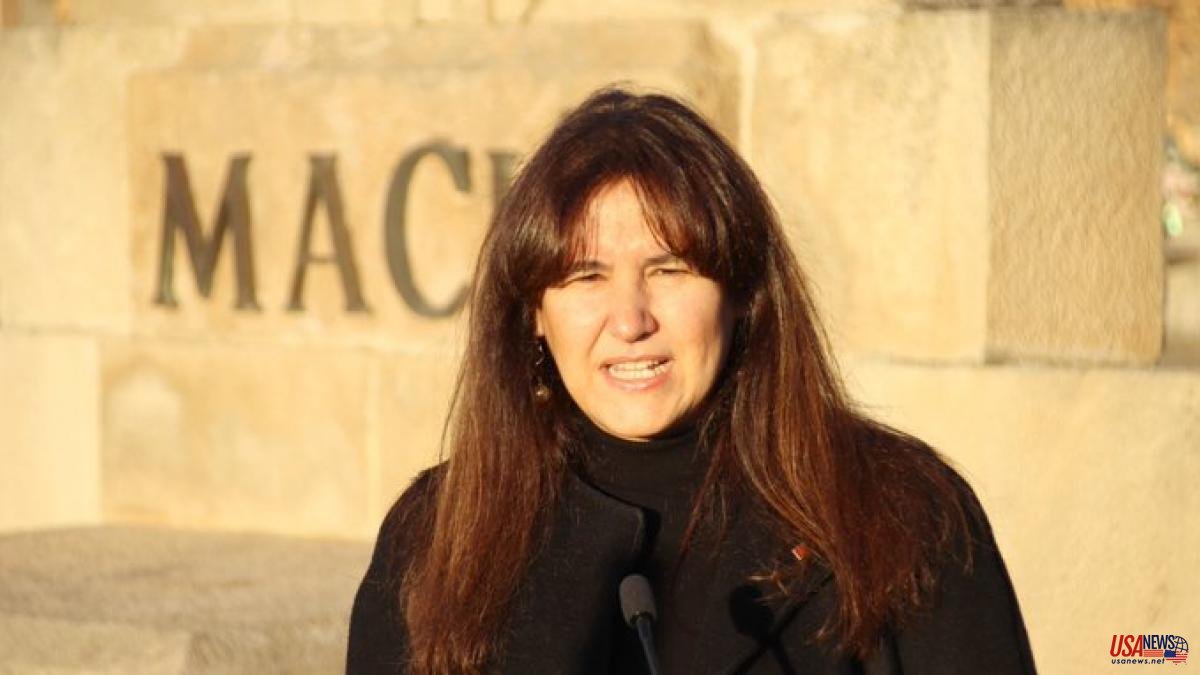 The president of the Generalitat, Pere Aragonès, has assured this Sunday that the Spanish Monarchy "is not an example of rectitude or integrity", after the speech of King Felipe VI on Christmas Eve, in which he said that the institutions must be an example of integrity .

He said this in the Barcelona cemetery of Montjuïc during the annual offering before the tomb of Macià (who died on Christmas Day 1933), together with the ministers of the Government Laura Vilagrà, Josep Gonzàlez-Cambray, Gemma Ubasart, Juli Fernàndez, Manel Balcells, Carles Campuzano, Joan Ignasi Elena, Natàlia Garriga and Teresa Jordà.

The ERC leader, Oriol Junqueras, has asked that the leadership of the former president of the Generalitat Francesc Macià serve as inspiration to "add" to the independence movement and work together on the goals they share.

"There are those who do not want to forgive us for everything we do for Catalonia and some who accuse us of not doing enough. But the truth is that if all those who speak dedicate themselves to work, surely we could go a little further and a little faster," said Junqueras.

The first vice president of Parliament acting as president, Alba Vergés, this Sunday evoked the former president of the Generalitat Francesc Macià as a "key figure" for Catalan parliamentarianism, and recalled that this year marks the 90th anniversary of the Chamber.

He also said it in front of Macià's tomb, together with the members of the Mesa Ferran Pedret (PSC), Aurora Madaula (Junts), Carles Riera (CUP) and Ruben Wagensberg (PSC), and without the suspended President of Parliament, Laura Borràs (Together).

"Macià appealed to the deputies, all men at that time, to have the responsibility and honor of Parliament in a new era. He longed for a republic of rights and freedoms from Parliament", added Vergés.

The president of JxCat, Laura Borràs, has attacked this Sunday against the "Spanish impulse that belittles the rights of the Catalans", for which she has defended "fighting" for them to be able to "exercise" them.

This was what he said this morning after making the traditional floral offering to the tomb of the former president of the Generalitat Francesc Macià, who died 89 years ago.

Borràs has claimed the figure of Macià for his "key" role in the recovery of Catalan institutions such as the Generalitat and the Parliament.

In addition, the suspended president of Parliament has stated that the "current context" allows "accumulating reasons to be able to live in an independent republic."

"It is a good day to remember that in the Spanish State there is no separation of powers," Borràs assured, in a veiled allusion to the Christmas message from King Felipe VI.

Felipe VI has warned in his Christmas message that the political and social confrontation and the erosion of institutions may have risks for the union and coexistence of the country, assuring that "division makes democracies more fragile", therefore that has called for "an exercise of responsibility" among all.

The organization secretary of the PDeCAT and deputy in Congress, Genís Boadella, highlighted this Sunday how the former Catalan president Francesc Macià was "capable of bringing together spaces that until then were dispersed" to work for a common goal, in a veiled allusion to the atomization of the post-convergent space.

Within the framework of the traditional floral offering to the tomb of Macià, of which this 25th marks the 89th anniversary of his death, Boadella has also stressed that the former president of the Republican Generalitat acted seeking a "balance" between his nationalist ideals and a "pragmatic" political practice.

For the above, Boadella has placed Macià as a "referent" who must guide "the political action of the 21st century".

The representative of the PDeCAT has referred, on the other hand, to the Christmas speech of King Felipe VI, at a time when "the degradation of the institutions is more than notorious".

"The truth is that Felipe VI and the monarchy speak of degraded institutions is no less ironic," he pointed out.

He added that the PDeCat maintains its "loyalty" to the Catalan people and, thus, has called for "doing politics based on strong and well-governed institutions".

For its part, Òmnium Cultural has defended that the Catalan republic is "more necessary than ever" after King Felipe VI's speech this Christmas. The vice-president of the entity, Marina Gay, regretted that the monarch had not returned to ask for "pardon" for the repression of October 1 and vindicated the figure of president Francesc Macià in the traditional floral offering that the parties make at his grave. "We vindicate his figure for his contribution to politics and the construction of our country and it makes us strengthen our convictions and our political objectives to achieve a Catalan republic so that our country is free and fair," he said.

Likewise, he denounced the 4,200 retaliated and exiled people, such as former President Carles Puigdemont or the Republican Marta Rovira.