Aragonès sees Dalmases' pressures on a TV3 journalist as unacceptable

The president of the Generalitat, Pere Aragonès, admitted this Thursday his "stupor" and "discomfort" due to the "unacceptable pressures" of the deputy and vice-president of JxCat Francesc de Dalmases to a journalist from a TV3 program for the tone of an interview to the President of the Parliament, Laura Borràs. 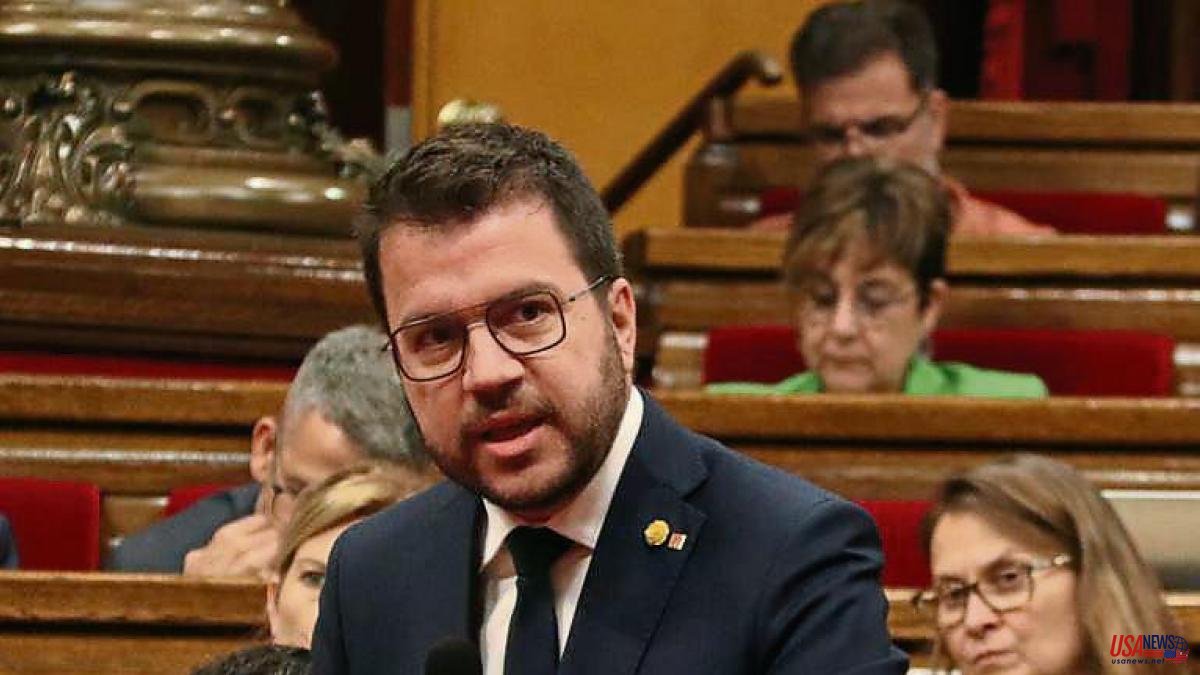 The president of the Generalitat, Pere Aragonès, admitted this Thursday his "stupor" and "discomfort" due to the "unacceptable pressures" of the deputy and vice-president of JxCat Francesc de Dalmases to a journalist from a TV3 program for the tone of an interview to the President of the Parliament, Laura Borràs.

Speaking to Ràdio Estel, Aragonès referred to the incident that took place on July 9, when Dalmases rebuked a journalist from the "Preguntes Frequents" program behind closed doors, whom he grabbed by the wrist and took to the guest dressing room. to confront her, between blows to the furniture and to the walls, by the questions on corruption formulated to Borràs.

"It bothers me that unacceptable pressure on a journalist by a public official can be overlooked," warned the Catalan president, for whom politicians have to "be willing to be asked uncomfortable questions."

Aragonès has defended "freedom of the press" and has insisted that, if the reported facts are true, that "is not the way to relate to the media."

"No collaborator of mine would do it. Forms are very important to me," he stressed, after Dalmases announced yesterday that he is temporarily stepping down as spokesperson for JxCat from the parliamentary commission of the Catalan Audiovisual Media Corporation.

Regarding the legal case that affects Borràs, which can be suspended by the Parlament if they open an oral trial, Aragonès has made a call to "preserve the institutions" and has implied that the president of the Parlament should take a step herself next door, without forcing the parties to vote for its suspension.

"Here there is a political decision that must be made. I think that, for the good of the institutions, it would be good if this decision was made first" by JxCat or "herself", Aragonès remarked, warning that "putting so much stress on the institutions doesn't help."

If it were someone from ERC who was about to go to trial for corruption, he pointed out, "this person would request suspension, defend himself and, if acquitted, his position would be restored."

After recalling that in 2017 an article was incorporated into the Parliament's regulations that implies the suspension of a deputy if an oral trial is opened for corruption, he pointed out that this point was included as a "clear commitment to exemplary", for which now you can't "choose which parts of the regulation apply".

From his point of view, the case of Borràs is not part of the set of causes that the independence movement asks to dismiss, because it is "allegedly irregular actions in the administrative field", and not related to the "procés".