The Government of the Generalitat does not foresee the abolition of any tax, but neither new increases. 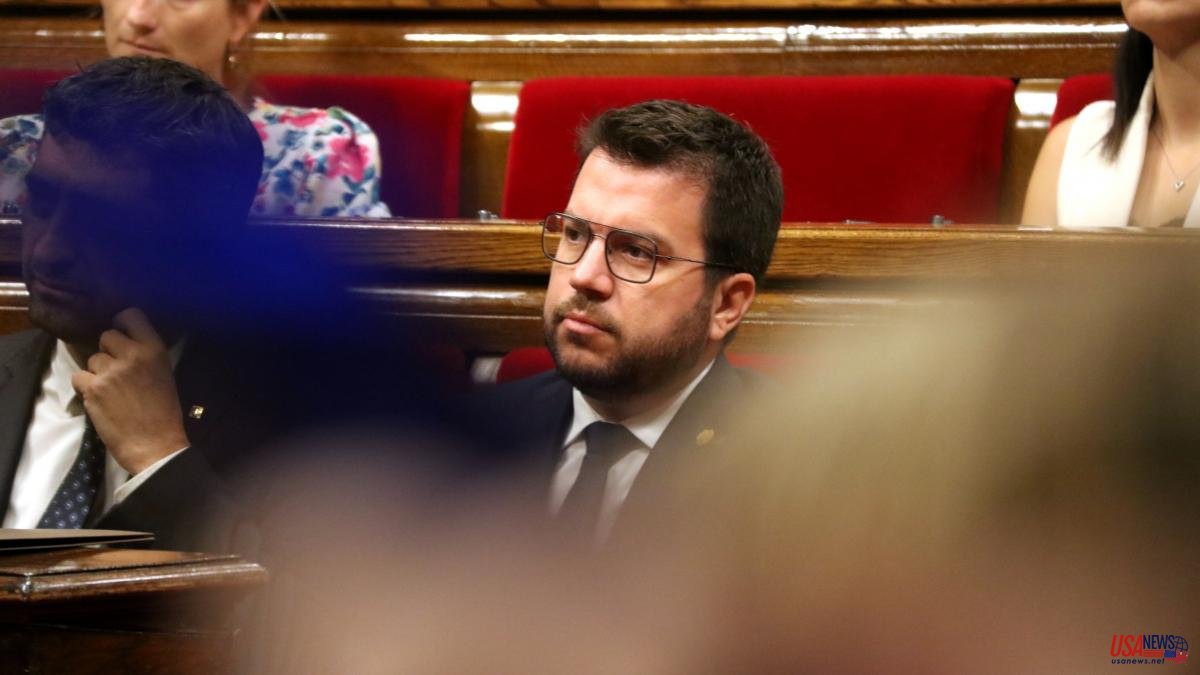 The Government of the Generalitat does not foresee the abolition of any tax, but neither new increases. This was highlighted this Wednesday by President Pere Aragonès, during the control session in Parliament. This statement comes after Junts per Catalunya, a partner of the Catalan Executive, has advocated for the abolition of the inheritance and donation tax and for analyzing the feasibility of also removing the wealth tax in the documents approved at its congress, held last Weekend.

The Catalan president has pronounced this way after the president of En Comú Podem in the Catalan Chamber, Jéssica Albiach, has added to the conditions for negotiating the budgets of the Generalitat for next year that there be no changes in those taxes in the sense that Together proposes. "We hold out a hand, but we put conditions: The 2022 budget agreement must be strictly complied with, negotiate from the beginning, and that they be expansive budgets and not misery budgets, as its last decree due to the crisis. And that it should not be eliminate the inheritance tax," Albiach pointed out.

"Our will is to collaborate", replied the head of the Catalan Executive, who stressed that "the Government's plan is very clear" and is committed to "consolidating the current model". "No suppression is foreseen, it is a party position that I respect. It was removed ten years ago and had to be put back because the consequences were seen," Aragonès stressed about the abolition of the tax.

The inheritance and donation tax was reintroduced in 2020, when Aragonès was Minister of the Economy and Hisenda, after the pact with the commons to approve the accounts for that year. "They are the two most redistributive taxes [inheritance and donations and on wealth], they contribute 1,400 million euros a year," Albiach stressed in the counter-reply, in which he accused JxCat of wanting to "turn Catalonia into a paradise fiscal for the rich and hell for the majority, like Madrid". In the last exchange, the president of the Generalitat has opted for "not getting involved" and has considered that a tax increase is not convenient now.

In the Department of Economy and Hisenda, headed by Minister Jaume Giró, they do not plan to address any changes for now in these taxes and sources consulted point out that what is approved by JxCat is a party document that will serve to prepare electoral programs, but that it is not now on the table of the Conselleria. In addition, the Govern Plan that was approved in September of last year, as Aragonès has stressed today and in recent days its formation, Esquerra, does not foresee changes, but rather a consolidation. In his question time, the president of Junts in Parliament, Albert Batet, made Albiach ugly that 1,400 million "is one month of the fiscal deficit that his government imposes on the Catalans."

Batet, in his speech, reiterated JxCat's position regarding the dialogue, since a new table between the government is scheduled for next week, and he pointed out that with the PSOE things "are not very different" from when he was in charge of the PP and stressed that there are only "good intentions" that "do not provide solutions." As an example of this, he has referred to the reform of the European orders proposed by popular and socialists in Congress, in the debate on the state of the nation.

The leader of Junts, in addition, has asked the whole of the independence movement to "reflect" before the "general policy debate, which could be a turning point". Aragonès has once again referred to the Govern Plan, which contemplates negotiating with the State, and has replied to his partners that "right now there is no concrete proposal, an alternative to dialogue, on the table". "If there is, I will assess it," added the president, who has opted to give the negotiation a chance in case there is any minimum option to find solutions to the conflict.

The leader of the PSC, Salvador Illa, has once again requested a Catalan table of parties that the president has rejected.